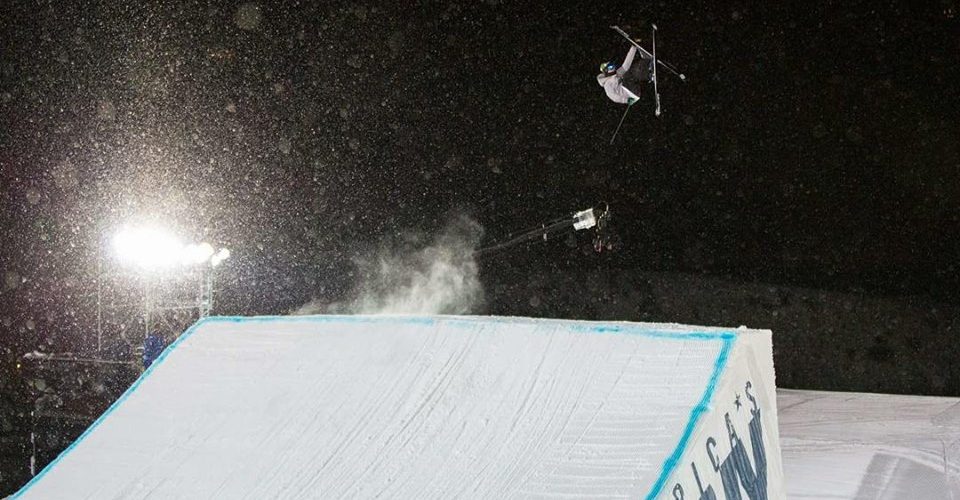 After a very successful few years, skier James Woods is one of Team GB’s top medal hopes for PyeongChang 2018, competing in the men’s ski slopestyle event.

Growing up in Sheffield, James ‘Woodsy’ Woods discovered a passion for freestyle at the Sheffield Ski Village. Crowned British national slopestyle championship for five consecutive years from 2007 to 2011, Woods was bound to be something special. In 2011, he made his first big impacts on the international stage, taking a bronze medal at the Winter X Games Europe and placing eighth in his debut at the FIS Freestyle World Ski Championships.

A couple of years later, James Woods won the 2012/13 season’s FIS Freestyle Skiing World Cup for Slopestyle, with two victories along the way. Then, in 2014, James Woods was selected as part of Team GB for the 2014 Sochi Winter Olympics. Despite suffering an unfortunate hip injury during training, he finished fifth overall in the ski slopestyle event, narrowly missing out on a podium spot.

Woods placed second in the Big Air event at the 2015 AFP World Championships in Whistler and went on to continue building his success throughout the 2016/17 season. A Big Air gold at the X Games in Aspen and Slopestyle Bronze in the X Games Europe complemented a selection of podium finishes throughout the season.

He’s already looking in great form going into the 2017/18 season, winning gold in the ski slopestyle at the Cardrona World Cup in New Zealand. This bodes very well for his chances in PyeongChang and we are very much looking forward to watching him in action.

Video of my winning run @wintergamesnz ? No idea what I was talking about at the end, but it seemed pretty intense Haha!! ✌?Monster Energy – Salomon Freeski – Planks Clothing – SunGod – BAWBAGS underwear