Looking to visit one of the highest ski resorts in Austria this winter? You can’t go wrong with one of these top destinations, where spectacular snow, vast ski areas, delicious local food and friendly service are practically guaranteed.

It’s undeniable that there’s no better feeling than waking up in a ski resort after a night of heavy snowfall, drawing the curtains to bright blue skies and knowing that perfect powder day awaits you. However, guaranteeing that knee deep powder can be difficult!

It can often feel as though it’s mostly down to luck, particularly in lower altitude resorts. This is why many powder hounds like to head to the highest possible resorts on the mountain, to enhance their chances of finding that deep snow. Austria is the perfect place to head for some high altitude skiing, with a large number of glaciers and excellent off piste terrain.

The highest glacier resort in Tirol (and in Austria), the Pitztal Glacier offers one of the Austria’s longest winter seasons, from September right through until May. The resort, Pitztal at Hochzeiger, offers 40km of slopes (90% of which are above 2,000 metres) as well as nine ski lifts. There are also a number of off piste routes in the area, a six kilometre long toboggan run, a snow park and a great beginner’s area. 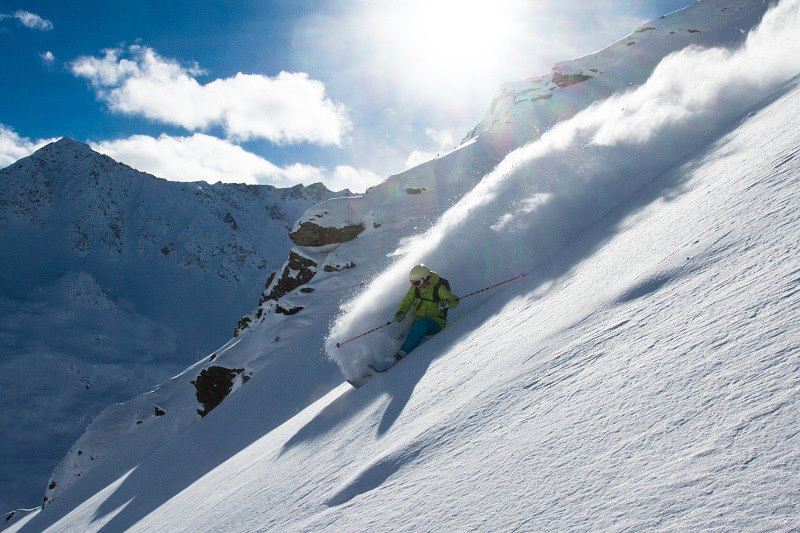 Set at 1,930 metres above sea level, Obergurgl-Hochgurgl is the highest traditional resort village in Austria, boasting one of the longest ski seasons in the country. The resort’s 110km of runs begin at 1800m above sea level – a height which is near the top of the slopes for many ski areas, but here in Obergurgl-Hochgurgl the top is at over 3,000m! As such, it’s often one of the first resorts in the Alps to open for the winter season, in around mid-November each year. The majority of the accommodation here is ski-in ski-out, with fantastic ski schools making it a great destination for families and beginner skiers.

However, in Obergurgl, you can enjoy two of the highest ski resorts in Austria for the price of one! The neighbouring resort of Sölden is one of Austria’s most popular destinations and now operates a joint lift pass with Obergurgl, offering skiers a total 254 kilometres of pistes, accessed by 55 modern lifts. Sölden has twin glaciers and opens for skiing as early as September – often staging the first races in the annual World Cup calendar by late October. Here, the stunning Ice Q restaurant is a must-visit, a spot which featured in the James Bond film Spectre.

Obergurgl and Sölden both have strong, individual personalities but complement each other perfectly, and together they form one of Austria’s most entertaining and snow-sure ski areas. 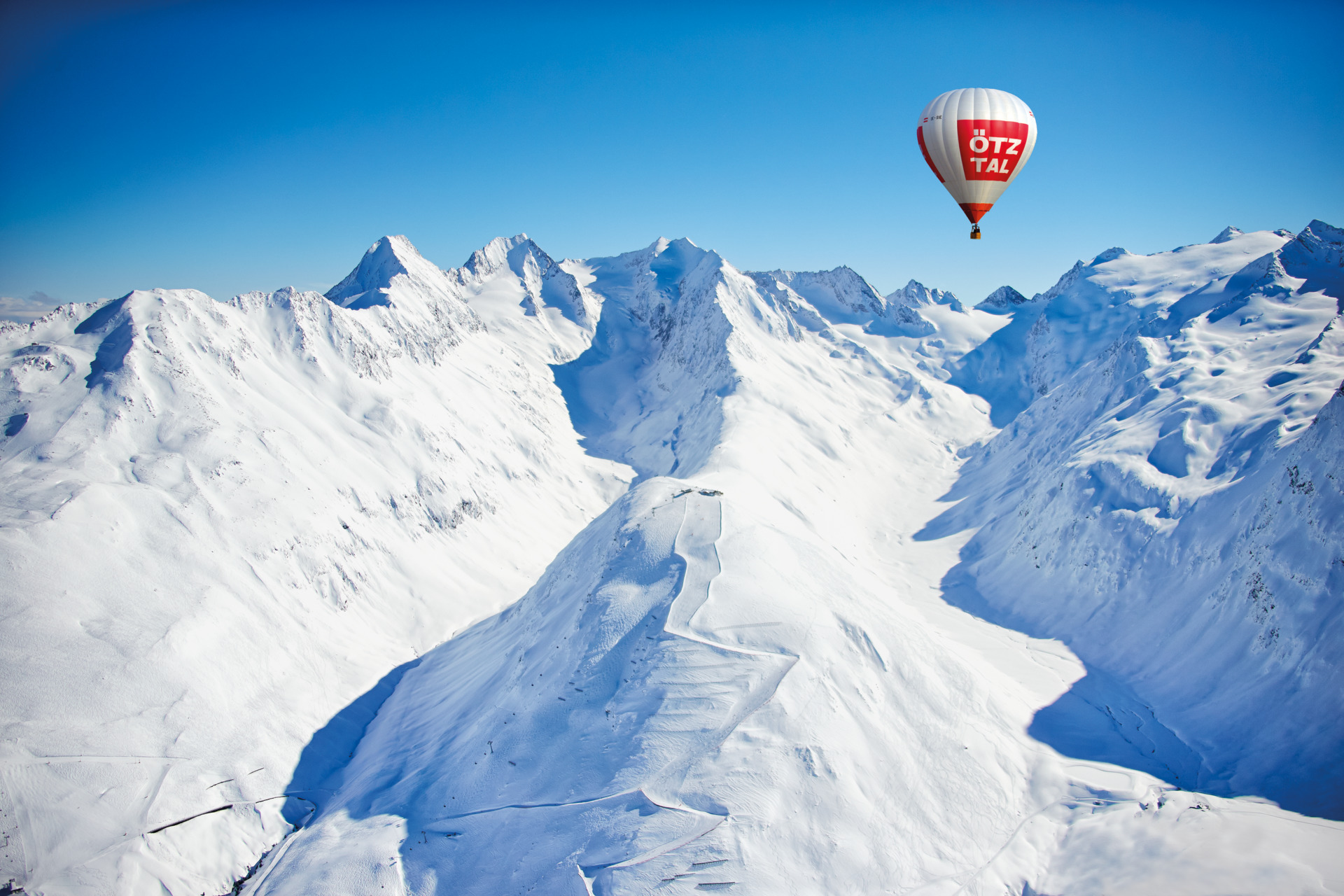 The Hintertux Glacier is one of the few in the world to offer year-round skiing, with 60km of slopes set at altitudes of up to 3,250m. The area also operates a popular snowpark, Betterpark Hintertux, which at 3,200 metres is the highest freestyle spot in Austria. In summer, you can enjoy the best of both seasons, with great summer skiing in the morning and sunny mountain hikes down the valley in the afternoon. In winter, the area becomes a powder snow paradise as Hintertux combines with the Zillertal skiing mountains Eggalm, Rastkogel, Finkenberg, Penken/Mayrhofen and Ahorn to create the skii area of Ski- & Gletscherwelt Zillertal 3000. With 202km of piste on the lift pass and a snow guarantee, it’s one of Austria’s best high-altitude ski areas.

If you’re a skier that likes to rack up the mileage, you’ve even got the option to choose the huge Zillertal Valley ski pass, which allows access to 515 km of piste in the surrounding areas. There are runs to suit all tastes, right up to the infamously steep Harakiri, as well as a plethora of off piste opportunity.

Most skiers heading to this area tend to base themselves in the lively resort of Mayrhofen, which is slightly lower down the valley, but provides a huge amount of entertainment both on and off the slopes. 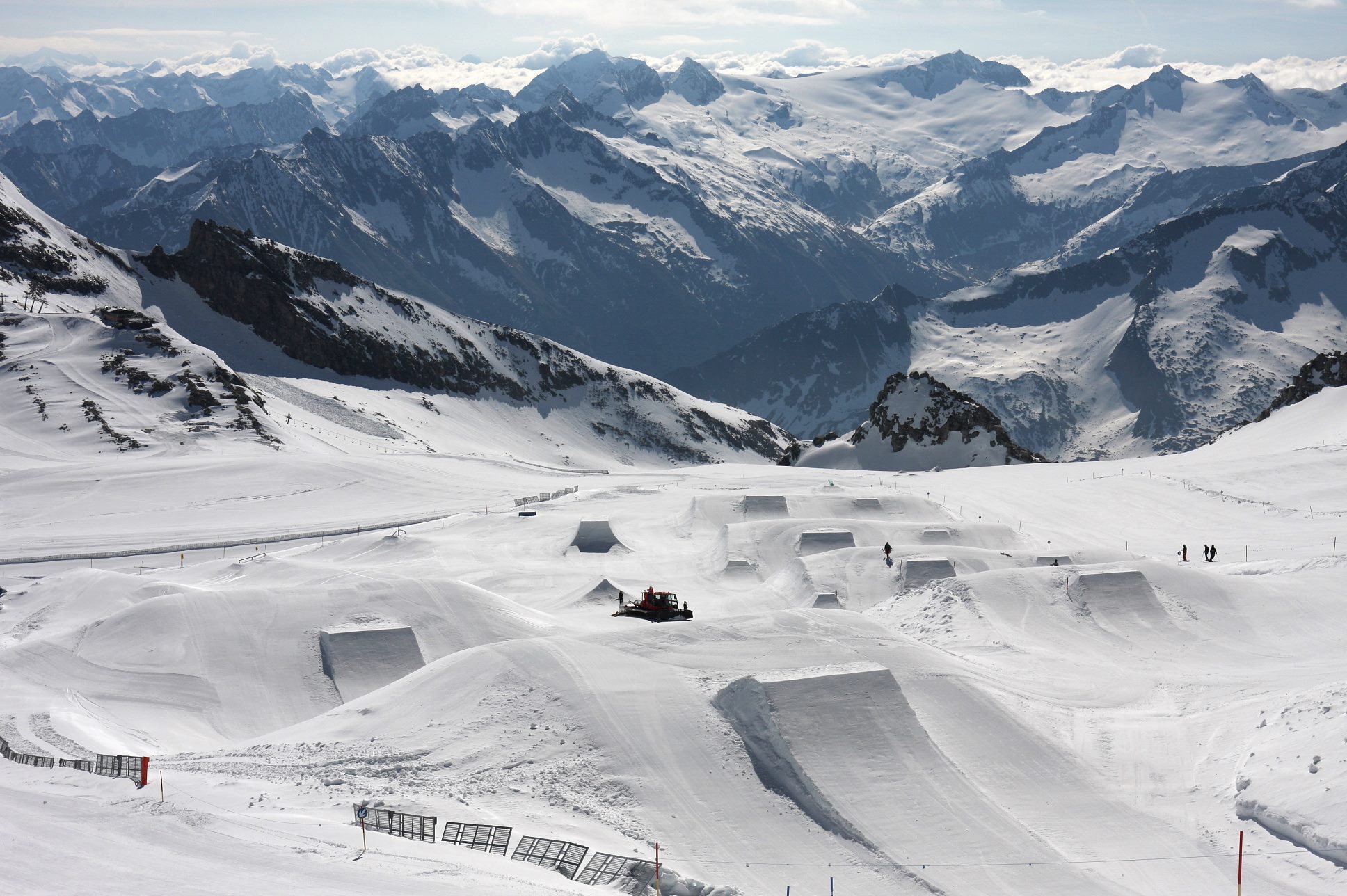 The Stubai Glacier is just a 45-minute drive Innsbruck airport, making it one of the most easily accessible of the highest ski resorts in Austria. It’s the largest glacier ski area in Austria and as such offers a snow guarantee from October all the way through to June. The ski area consists of 26 high quality lifts and 35 ski runs, ranging from gentle beginner slopes to challenging downhills. The area has also recently added a new 3S Eisgratbahn lift, a state-of-the art cable car, which at 4.7km long is the longest lift of its kind in the Alps.

If 35 ski runs aren’t enough for you, the Stubai Glacier is part of the huge Innsbruck SKI plus CITY Pass. The SKI plus CITY Pass Stubai Innsbruck allows you to explore 13 skiing areas in the surrounding region, which together comprise 308km of slopes served by 111 lifts. It also means that you can explore the town of Innsbruck before heading home, with the pass covering 22 lifestyle, culture and sightseeing offers, along with access to three swimming pools and free ski buses across the region. 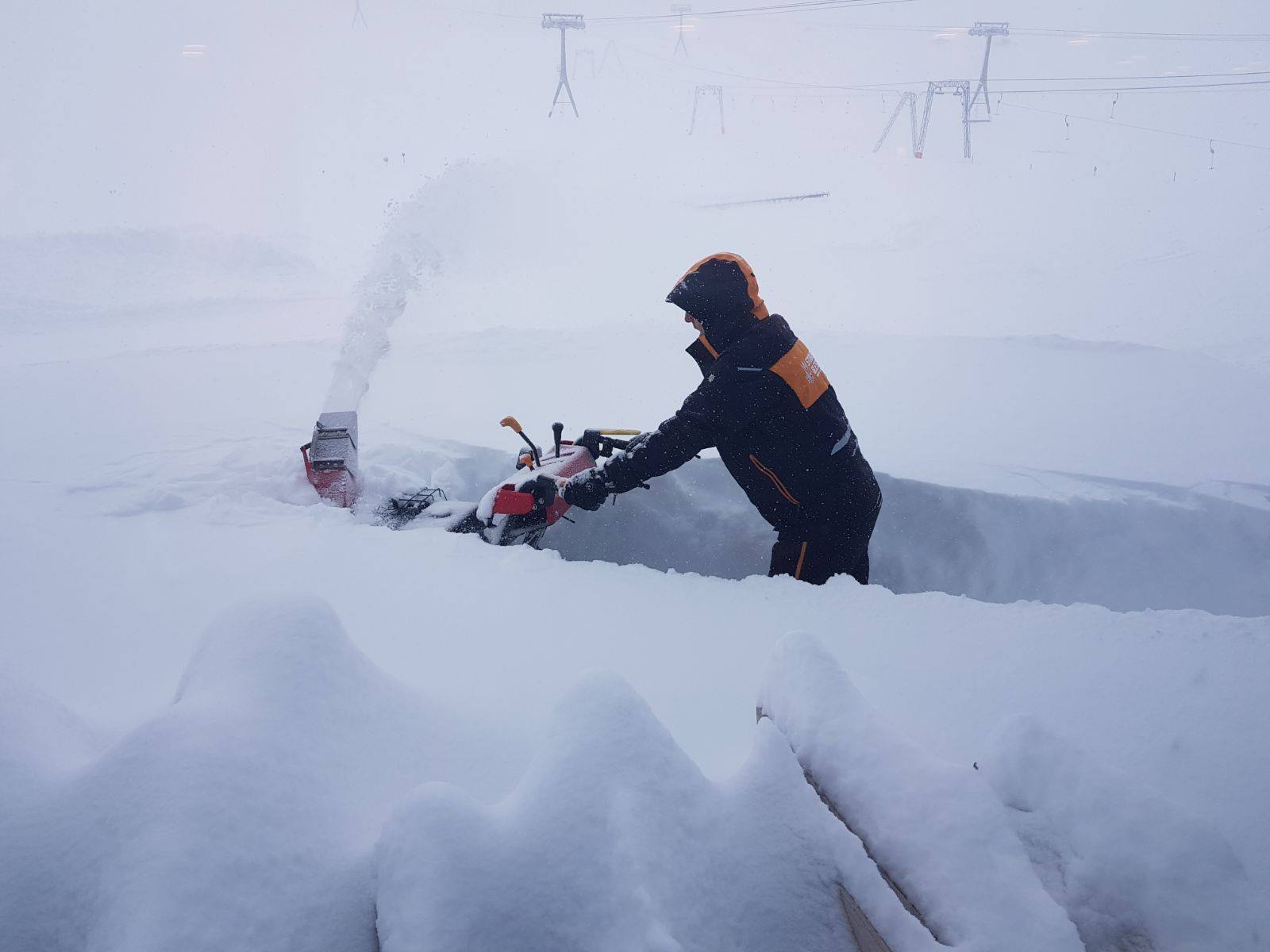 Snow-sure from October to May, the Kaunertaler Glacier is located in the west of the Austrian Tirol. The skiing here is sublime, with wide glacier slopes allowing all to enjoy the snow. Here you will find 33 pistes, alongside 30km of unpisted ski routes – a total 138 hectares of skiable terrain. Similarly to the other glacier areas, Kaunertal is a top spot for freeride skiers and snowboarders who wish to hone their craft in spring and autumn months when the bulk of the lower ski areas may not be open. The Snowpark Kaunertal is expertly crafted and well looked after, with unmissable events throughout the year.

If you want to tick two resorts on this list off with one swoop, the Pitztaler Glacier and Rifflsee ski area are also included in ski passes from 6 days, so you can hop over to another high-altitude haven.

For some of the best glacier skiing in Europe, you can’t miss the Kitzsteinhorn Glacier, towering high above Zell am See at 3,000 metres above sea level. With low temperatures all year long and perfectly groomed runs for all-round skiing, even in the summer you can enjoy the sensation of snow under your skis, before jumping in the stunning waters of Lake Zell to spend a warm summers’ afternoon. In the winter, the slopes of Kitzsteinhorn Kaprun can be combined with those of Skicircus Saalbach Hinterglemm Leogang Fieberbrunn and Schmittenhöhe in Zell am See under one lift ticket. This covers 408 km of pistes across three of SalzburgerLand’s finest resorts. 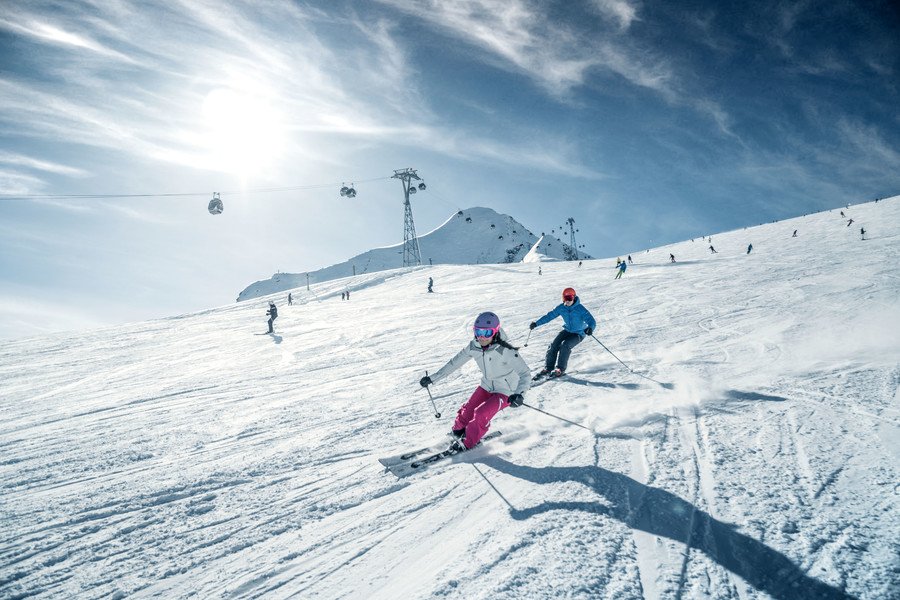 One of the larger and most well-known resorts in the country, it may surprise you to know that Ischgl is also one of the highest ski resorts in Austria. It boasts a lengthy winter, from November to May, mostly thanks to lifts rising up to 2800m high above the village. (In very sparse years it’s also helped out by a mighty snowmaking arsenal covering much of the area!) The area offers 239km of runs stretching over the Swiss border to duty free Samnaun.  Throw in an amazing après-ski scene, some designer shopping and a Michelin-starred restaurant and you have a very special high-altitude resort indeed.