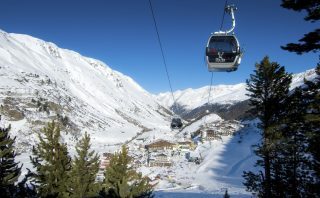 Obergurgl is one of the world’s few classic ski resorts and unlike some of the others, it’s got superb skiing and an admirable snow record as well as the picturesque village. Then there’s the spectacular scenery of the Ötztal region of the Tirol, the wonderful mountain air and peace. But beyond that there is Obergurgl’s remarkable altitude – one of the Alps’ highest genuine villages, meaning village level snow is the norm from November to May. With lifts right up to 3080m (over 10,100 feet), a big vertical is skiable right through the season.

It’s a top destination for families, thanks to its vast amount of wide, gentle terrain, top ski schools and its convenience as a resort. Most of Obergurgl-Hochgurgl’s four and five star hotels offer ski-in, ski-out convenience, something not often found in many Austrian resorts. Parents will also enjoy the plentiful powder snow and energetic après-ski that showcases the best of Austrian skiing.

From the 2017/18 season, skiers can purchase a pass that includes Obergurgl and Hochgurgl, as well as the neighbouring resort of Sölden, providing access to 254 kilometres of pistes and 55 state-of-the-art lift facilities.

Obergurgl’s big break came in May 1931 when pioneering Swiss balloonist Professor Auguste Piccard was forced to make an emergency landing on the resort’s Gurgler Ferner glacier whilst setting a new altitude record in his stratospheric balloon, after taking off from Augsburg in Germany. News of the attempt and emergency landing made headlines around the world. Perhaps this sudden fame was a partial catalyst that brought the first tourists in 1939. It has been studied since 1951 as a model for Alpine development.

Hochgurgl, a small settlement made up almost entirely of large luxurious hotels, began its life in 1961 when the local Scheiber family founded the first hotel there. Obergurgl is the major settlement in a series of villages once called ‘Gurgl’ but now referred to by the tourist office as Obergurgl – Hochgurgl. The latter is an even higher-altitude off-shoot that’s increasingly popular.

Experience Obergurgl-Hochgurgl for yourself with their latest resort video.

Wondering what the resort's ski area looks like? Take a look at the full Obergurgl-Hochgurgl piste map here. 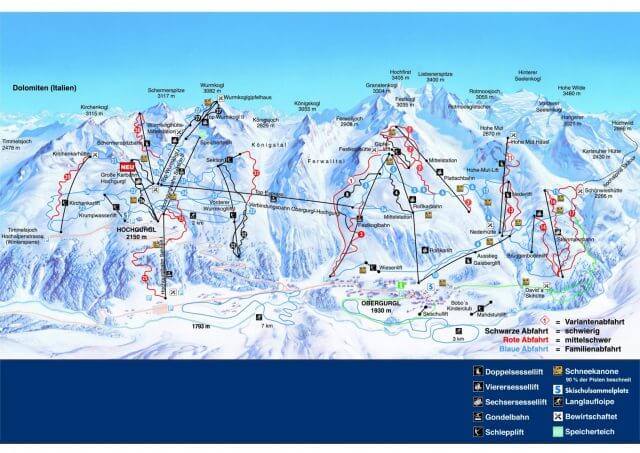 The Weather Forecast In Obergurgl

The Pistes in Obergurgl – Hochgurgl