The Austrian Tirol – Which Resort Is Best For You?

Austria’s Tirol region is home to some of the world’s best ski resorts and some of the biggest ski areas in the Alps too. But it’s also home to lots of smaller, less well-known, off-the-beaten-track ski destinations that can provide just as many incredible holiday memories.

Whatever your preference and wherever you choose, you’ll get the same friendly welcome, great accommodation and an authentic holiday village destination, and you’ll benefit from short transfers from a smaller airport.

Here are some of our favourites:

Located in the northern part of Tirol, there’s a snow guarantee here, thanks to the slopes climbing up as high as 2,962m above sea level up on the glacier. But most of the seven resorts here are sought after for their wonderful family-friendly runs served by comfortable modern gondolas with no waiting to ride up, then a great panoramic view from the top. Altogether, there are 142km of slopes (including 106km with snowmaking) served by 56 lifts. It’s not just family-friendly terrain, though; there are plenty of powder snow descents for more demanding boarders and skiers too. This winter, look out for an all-new 10-seater gondola in the Thaneller Ski Area above the resort village of Berwang, the first in a number of upgrades coming to the area over the next few years. zugspitzarena.com/en 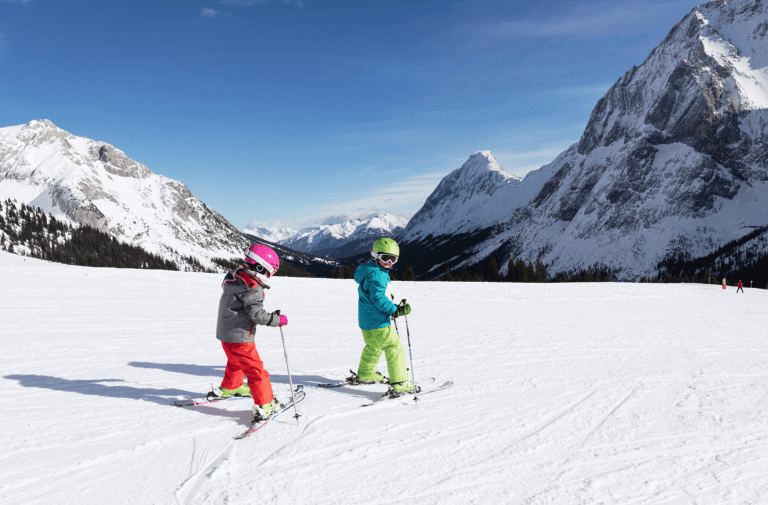 For A City and Ski Break: Innsbruck

Beautiful Innsbruck, the capital of the Tirol and surrounded by spectacular mountains, is a vibrant university city with its own airport, so you really can’t get a more convenient ski destination. It’s chock-full of great shops, restaurants and many other attractions, and this winter the tourist board has launched its SKI plus CITY Pass. With it you can explore 13 skiing areas in the surrounding region, which together comprise 308km of slopes served by 111 lifts. Eight of the resorts have night skiing and/or tobogganing and the pass offers more than “just” skiing too; there are 22 lifestyle, culture and sightseeing offers covered, along with access to three swimming pools. The SKI plus CITY Pass Stubai Innsbruck costs from €175 / £156 pp, free use of all ski buses and much more. Children born in (or after) 2012 can use the lift facilities free of charge when accompanied by a paying parent. ski-plus-city.com Innsbruck 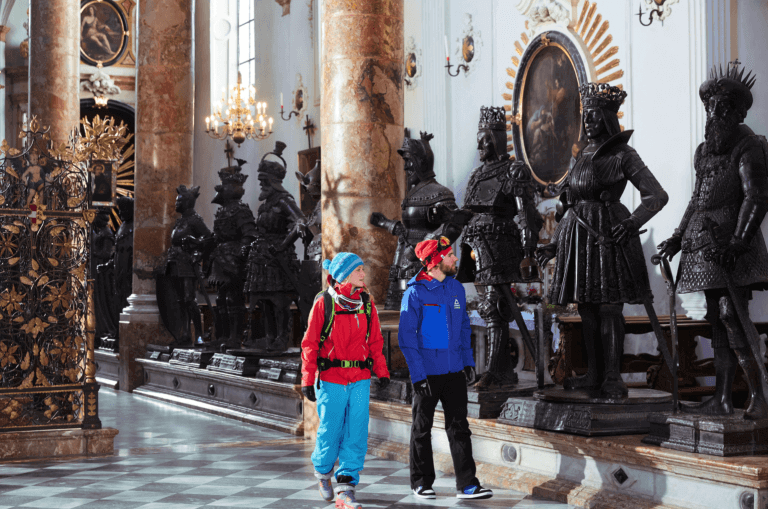 For Après-Ski Fun and An Active Winter Holiday: Ischgl

Ischgl’s motto is “relax if you can” and with 239km of perfectly groomed slopes served by 45 of the world’s most state-of-the-art cable cars to whisk you back up the slopes, a reputation for challenging runs and great off-piste freeride terrain and slopes up to 11 km long, that can be hard to do, but you will have an awful lot of fun. It’s much the same in the evening with Ischgl’s reputation for some of the best après-ski bars and night clubs in the Alps. Throw into the mix the guaranteed snow cover from November to the beginning of May, thanks to its slopes nearly reaching 3,000m above sea level and the back-up of 1,100 snowmaking machines and once you’re in Ischgl you won’t want to stop.  ischgl.com 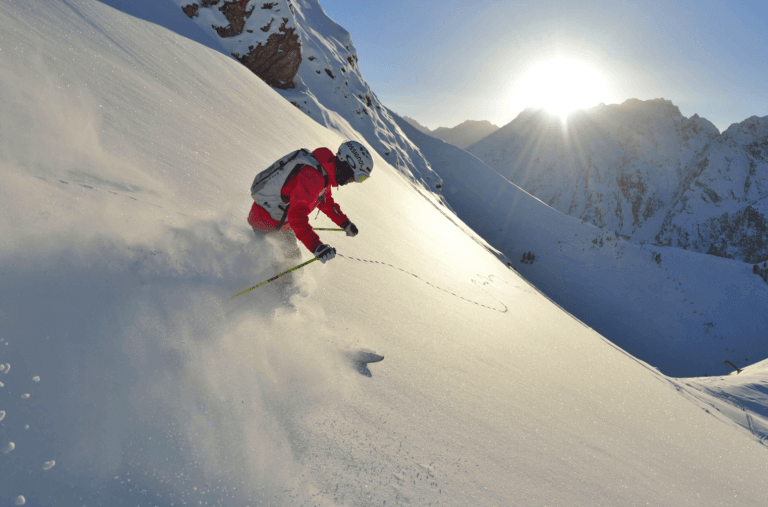 For The Most Picturesque Ski Area: Ski Juwel Alpbachtal Wildschönau

The Ski Juwel is one of the newer areas in the Alps created when state-of-the-art lifts were installed to link the Alpbachtal and Wildschönau ski valleys, both famous already as among the most picturesque destinations in Austria. Here you get the best of both worlds 109km of perfectly groomed pistes, one of the ten largest in Tirol, served by 45 lifts linking the two pretty valleys and four mountains with a great mix of terrain for all abilities and another breathtaking view around every bend. For your base choose between Alpbach, which has been voted the most beautiful in all of Austria, or one of the villages of the Wildschönau Valley, which are all extremely attractive too. Auffach, Oberau and Niederau also have streets lined with typical Tirolean wooden chalets and lots of enticing shops and restaurants as well. Whichever you choose, thanks to the Ski Juwel pass, it’s easy to ski over to any of the others. skijuwel.com/en/winter 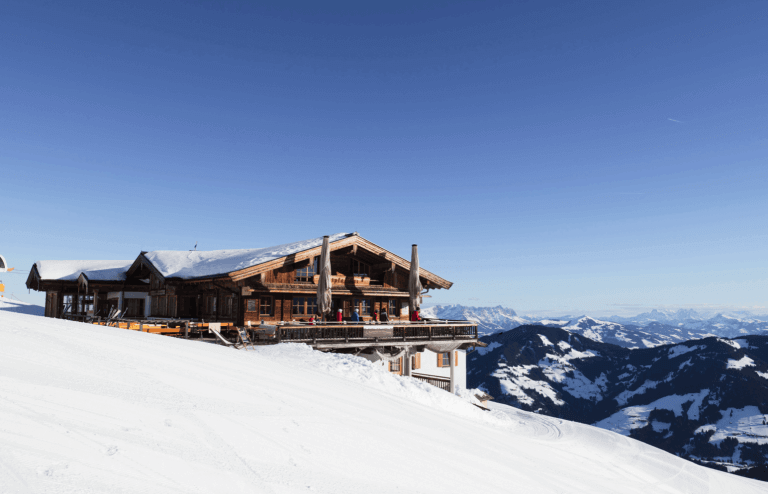 For The Most Diverse Ski Area: Zillertal

The Zillertal Arena is the largest skiing area of the Zillertal Valley, which is reputed to be the world’s largest skiing valley, with an incredible 535km of perfectly groomed slopes, served by 180 lifts, providing something for every taste, including steep, fast red or black grade downhill runs, or pristine off-piste slopes covered in deep powder snow for freeriders as well as sunny and wide carving slopes for families and beginners. There are also fun parks, speed courses, ski kindergartens and of course numerous cosy ski huts and magnificently situated mountain restaurants with sun terraces – a big part of the Tirol ski experience. The Zillertal Arena itself offers 143km of slopes and 52 lifts above the villages of Zell am Ziller via Gerlos to Wald-Königsleiten and Krimml-Hochkrimml but anyone buying a lift pass valid for two days or more has access to the wider valley for no extra cost. This winter a new 10-seater gondola above Gerlos will increase the speed and comfort of the ascent on one of the key routes there. zillertalarena.com/en/ 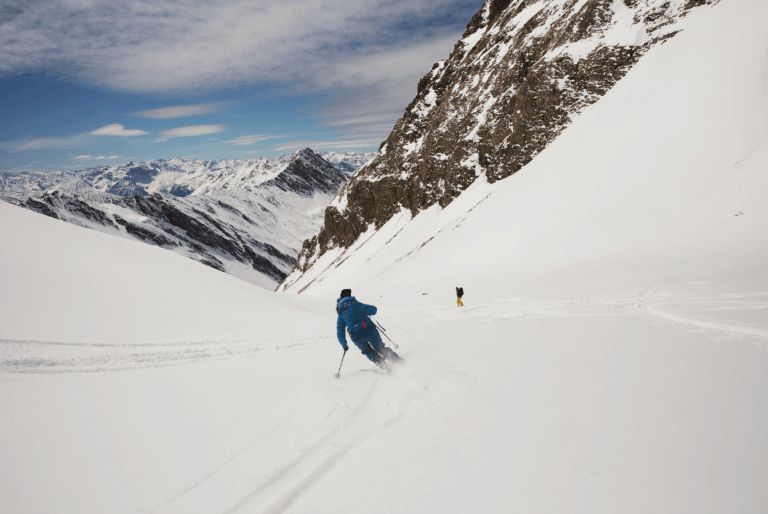