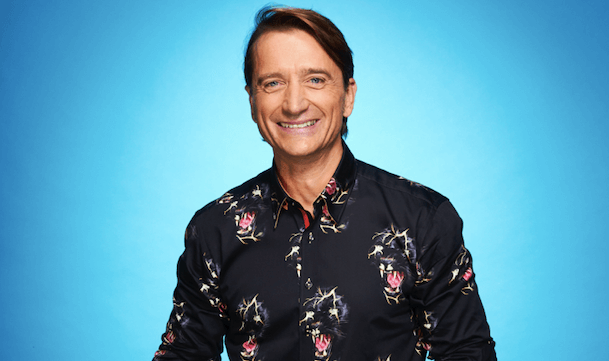 Keen skiers are used to seeing Graham Bell on the television, whether presenting ‘Ski Sunday’ or ‘The Jump’.

However, this winter will be the first for 20 years Bell will not be seen on ‘Ski Sunday’, as he has swapped his skis for ice skates and signed up for ITV’s celebrity show ‘Dancing on Ice’.

Graham said in an interview with The Ski Podcast that it was an offer he “couldn’t refuse”:

“I was supposed to go to Tokyo and commentate at the Olympics, but that didn’t happen so I’ve been six months without working at all. I couldn’t really say no.”

The five-time Olympian is very competitive, but is the first to admit that this is a different challenge:

“This is very much outside my comfort zone: it’s not something I’m naturally good at. I’m not gunning to win, only to do as well as I can and be proud of my performances.”

“Normally you would do a couple of weeks training with specific coaches and then get introduced to your pro and start working with them. Because of Covid, we started straight away, so it’s been an incredibly steep learning curve.”

Since going into his ‘bubble’ Graham has been tested twice a week and is not allowed to socialise with the other contestants, such as Rebekah Vardy and Denise van Outen.

They do see each other at ice rinks when training, such as Basingstoke or Slough, but they are not allowed to interact.

When asked who he thought his main challengers would be, Bell said:

“Colin Jackson leaps out. He took second place in Strictly Come Dancing and has already done a Christmas version of Dancing on Ice.”

“I know Colin, I’ve skied with him and I know how competitive and how much of a perfectionist he is. He’s definitely one to watch.”

Graham and Yebin are working on their first routine (“It’s a tune that I’m very familiar with, but I can’t tell you what it is!”) and also elements for dances later on in the competition.

They are hoping to add in more technical moves such as lifts and jumps later on the show’s run:

“Yebin has incredible core strength. You’ll lift her and there are no wobbles at all – she’ll keep her body exactly flat. When you get it right, holding 50kg above your head isn’t that difficult.”

The judges that the couple have to impress are Jayne Torvill and Christopher Dean – the creators of the show – as well as Ashley Banjo and John Barrowman.

The shows starts on ITV on 17 January and will run for 10 weeks.

To find out more about how Graham’s training is going, plus whether the infamous ‘headbanger’ move will make it into their routine, you can listen to the full interview in Episode 64 of The Ski Podcast.