Ski Sunday presenter Graham Bell is set to face his most testing challenge yet… and this time it’s got nothing to do with skis.

The show involves non-skating celebrities learning how to skate to the highest level possible and each week performing a dance routine with their professional dance partner. A series of knock-out rounds culminates in a final dance off between the three remaining couples.

But Bell says the competitor he fears most is former athlete Colin Jackson.

He got to know Colin well when he coached him on BBC Ski Sunday in 2007 as part of its celebrity ski masterclass.

“Colin is one of the best people I have ever taught to ski and if he applies himself with the same dedication to figure skating he is going to be very hard to beat.”

Bell says there are many transferable skills from skiing to ice skating such as balance, edge control, weight transfer from one leg to another and hockey stops.

But it’s not the ice that scares him – “I know ice at 45 degrees” he says – but learning to dance. This is unsurprising as his moves on the dancefloor have been described as like Mr Bean… on acid. Bell adds wistfully, “There is a lot to learn with dance.”

He believes mastering figure skating is not necessarily going to be the key to winning.

“You’ve got to be popular and according to my daughter Lottie that is an issue. She told me, ‘Dad, whatever you do, don’t be yourself. Try and be someone that people will like.’ I think she was joking.”

Bell is renowned for being extremely competitive, especially with his brother Martin. When they competed in the 80s on the British ski team there were rumours of fierce rivalry between the two of them, sometimes resulting in fist fights. Maybe age has mellowed him but it’s still surprising to hear him say,

“Winning isn’t everything. “I’ll be over the moon to get to the final three and to do better than [ski racer] Chemmy Alcott.” She came fifth when she appeared in 2012.

At InTheSnow we believe it’s hogwash. Bell will only be satisfied if he claims top spot and he’s going to go all out to make it happen. Hell, he’s even given up booze as soon as he got the call up for the show. Now that’s a real commitment.

InTheSnow is putting £50 on Bell to win. We reckon he’s worth a punt.

Dancing in Ice 2021 is due to start airing next January, Covid restrictions permitting. 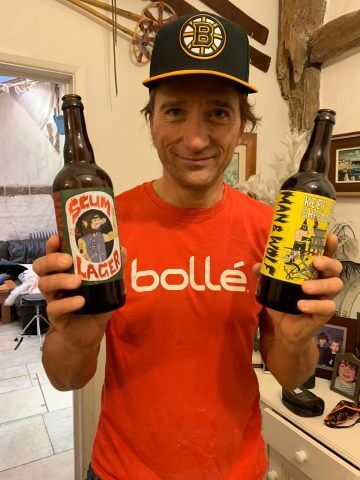