Skiers in Austria’s Dachstein Valley are celebrating 50 years since the inauguration of the first cable car up to the Dachstein Glacier.

The original lift, more recently replaced by a new model which includes an outdoor balcony so that people can ride up on its roof, originally opened in the summer of 1969 and carried more than 8.4 million people up to the glacier over the years. 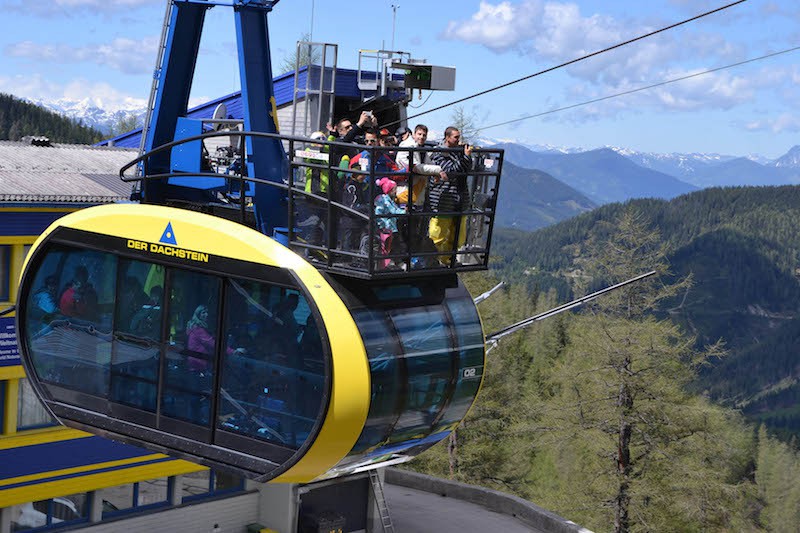 “For a long time the high Dachstein was considered invincible but in 1969 a “miracle of engineering” original cable car was opened in the presence of the former President Franz Jonas,” a spokesperson said. 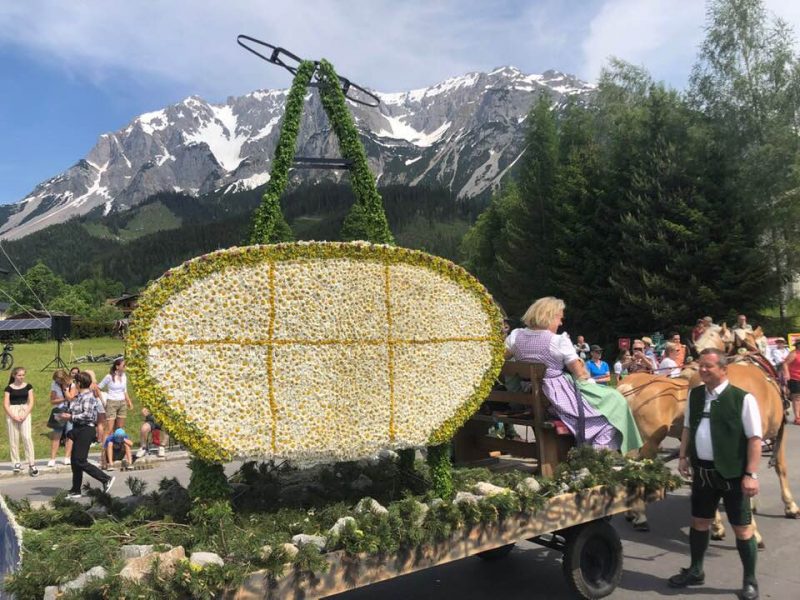 On the occasion of the 50th anniversary of the original lift opening, a recreation of a Dachstein cable car cabin made using 20,000 daisies, was paraded at the 32nd Frühlingsfest der Pferde – or Spring Festival of Horses.

The carriage was created by Nordic Walkers from the local village of Ramsau. 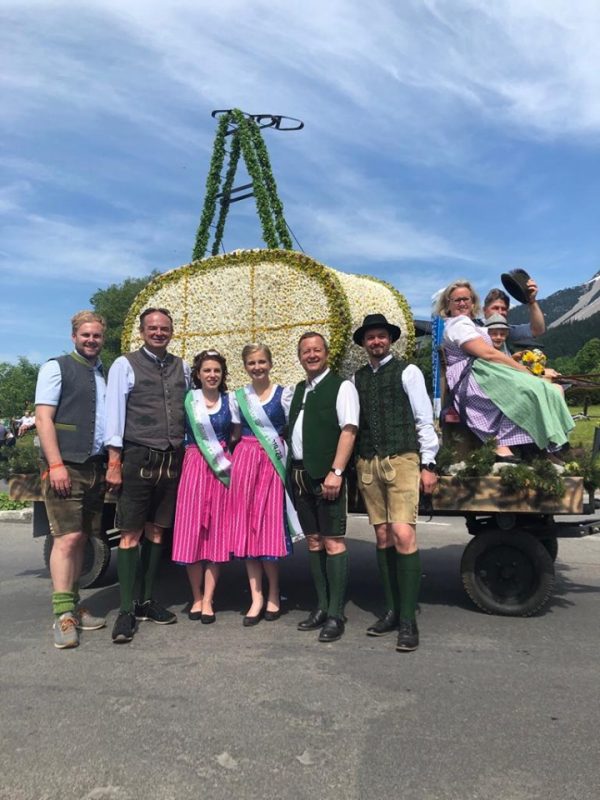 Make the Most of Every Moment in Schladming