It’s festivals time again – well, Altitude at least, most of the rest are in March and April as spring doth bring forth warmer days and sunnier slopes (hopefully), although still with lots of snow left (hopefully, again).

There are ever more music festivals to test out and whilst the 10 chosen here are the biggest, loudest and most established, if you’re heading to a leading resort anywhere in spring, it’s likely there’ll be some music-themed event to head to.

They’re not all rock, pop and hip hop either – look out for jazz, classical, Unplugged in Zermatt (this year with Simple Minds, Lisa Stansfield and James Morrison but already largely sold out) and most other kinds of music festivals too.

In years gone by you could do a month-long festival crawl if you wanted (and had the time and money of course), going around the mountains from one to the next, but in 2016 a few are going head-to-head on dates so you may have to choose… 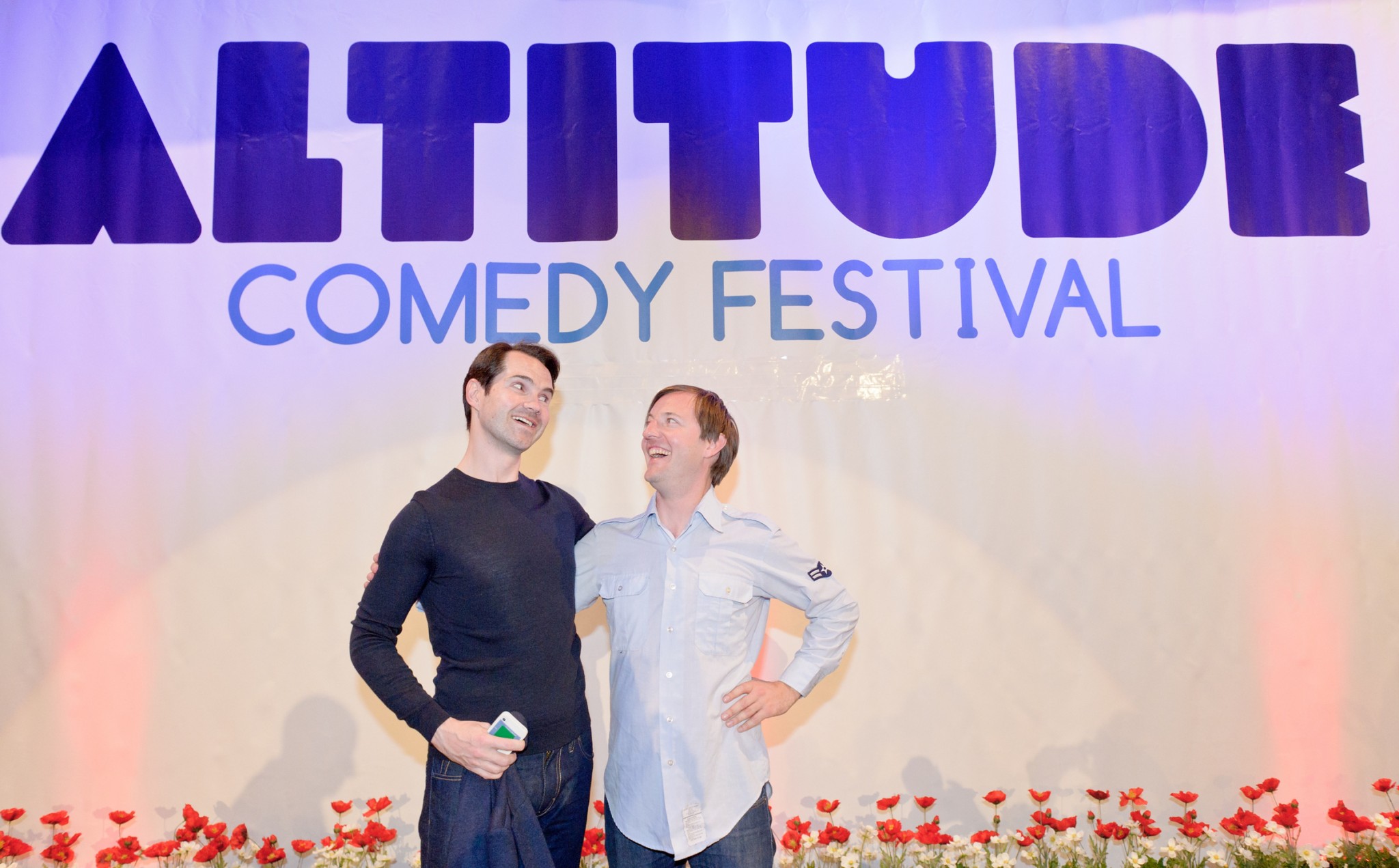 The Alpine Comedy Festival that has been running for the past decade has moved to an earlier slot from its usual March dates, but will still bring together some of the best comedians from around the globe. 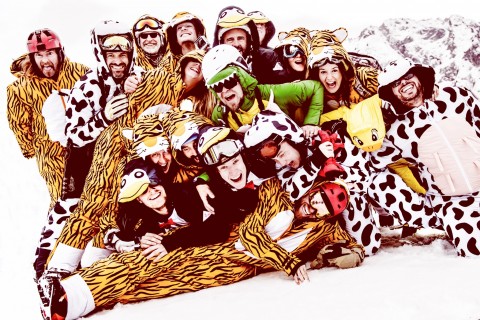 With Mayrhofen having a fairly snowless winter to date its perhaps not been the best year to move to two months earlier in the season but the good news it heavy snow is forecast next week.  Tickets for individual shows, full week long wrist bands and packages with travel and accommodation all available. 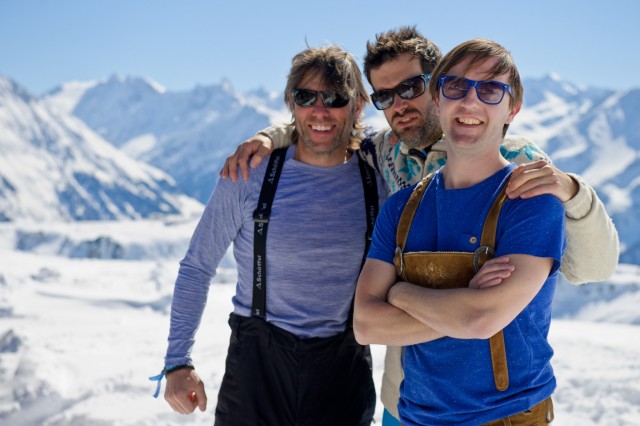 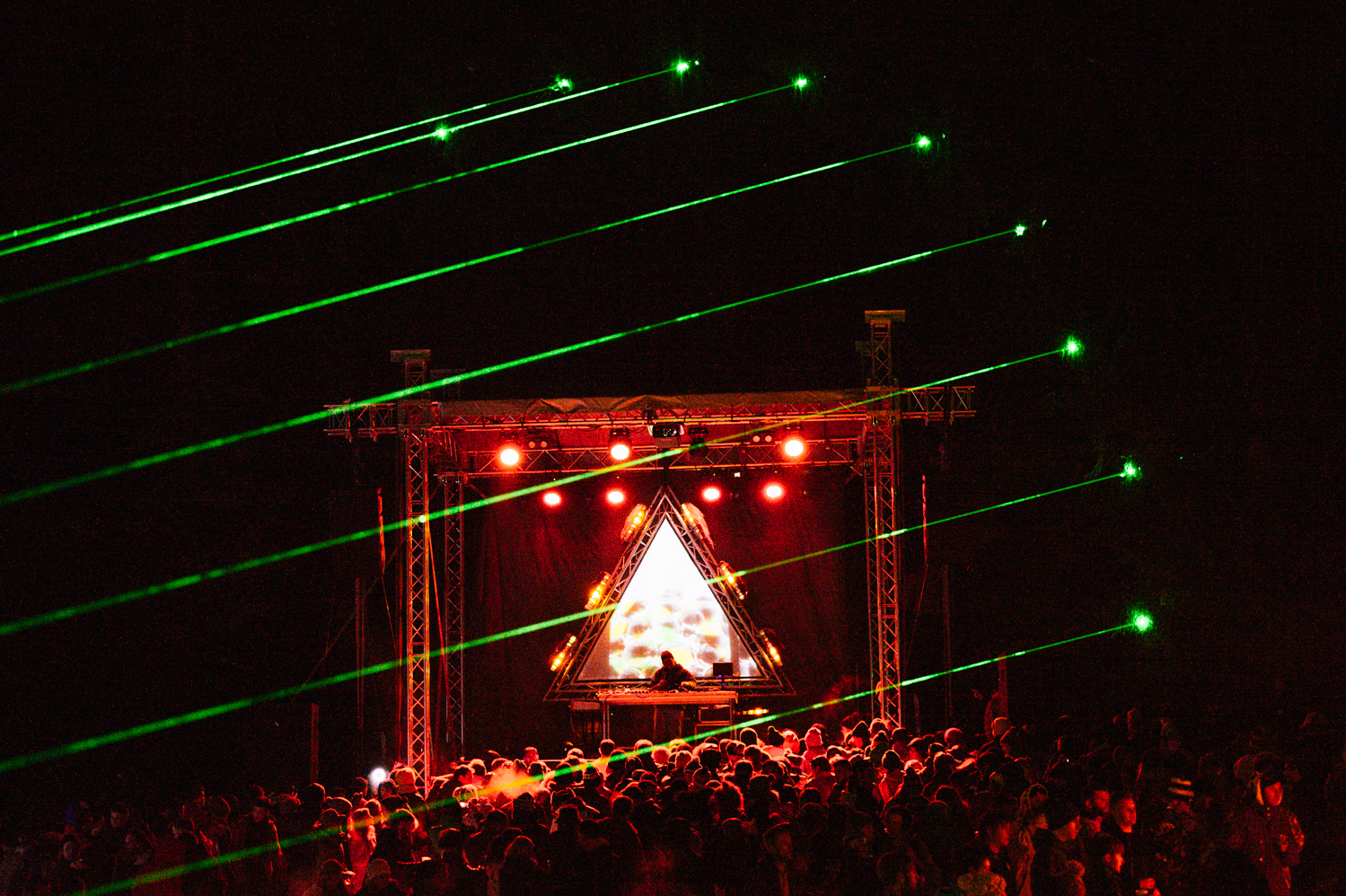 With 120 acts, playing 30 parties over 6 days – Horizon describes itself as “the ultimate party in the snow.” Musically it delivers a many and varied palate, catering for lovers of House, Techno, Drum & Bass, Grime, Funk, Garage, Soul and Hip-Hop.

New for 2016 are the Hot Spa Cinema, Geothermal Pool Raves, Spas, Music Production Lab and The Hotel House Party. A variety of packages are available and this being Bulgaria, prices are typically low. 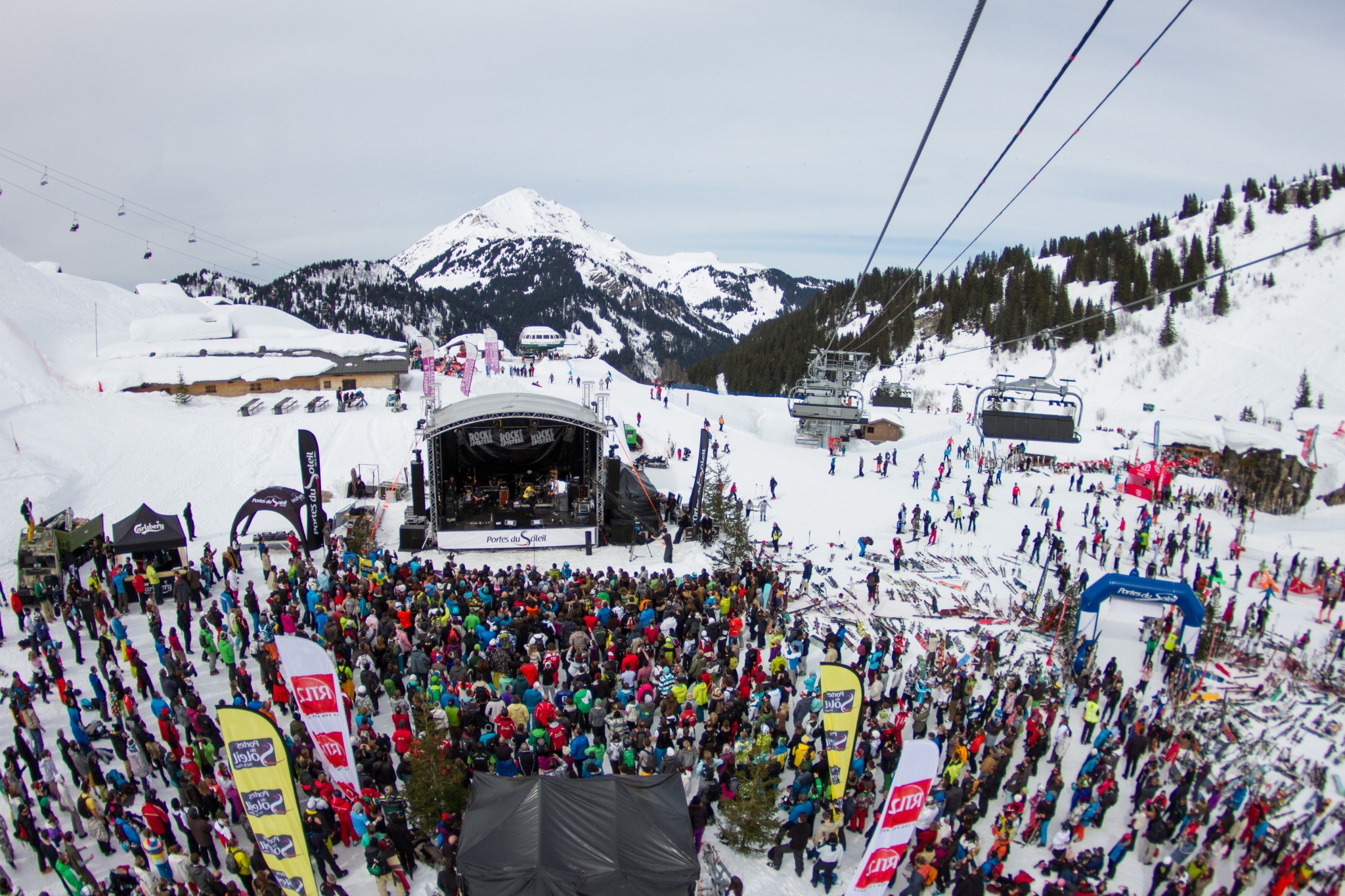 The Rock The Pistes concept is that free concerts are staged on temporary stages around the huge 650km of the Portes du Soleil ski area during the day and accessible only on skis (They’re free so long as you have a lift pass to get to them).  Then there are après-ski concerts in the resorts to carry on the fun afterwards.  Last year the Festival claimed 20,000 festival-goers, all on skis and there were more than 25 fringe concerts besides the big shows. 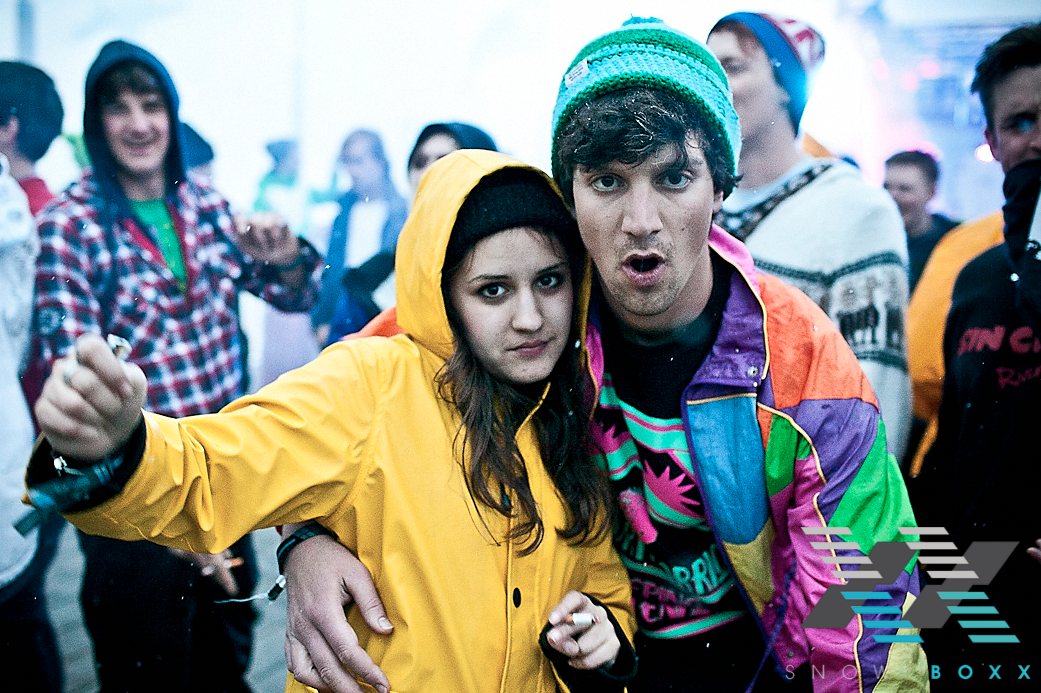 Snowboxx is a festival that doesn’t stay long in one resort and this year its heading to Avoriaz. While the Rock The Pistes festival is getting the Portes du Soleil pistes buzzing, the Snowboxx Festival will be brining an expected 4,000 people to their festival-within-a-festival. To hold the massive après-ski electro events, Avoriaz will be building a giant box in the middle of the old mountain chalets. This festival hub will be complemented by stages around the car-free centre, providing different kinds of music around the resort every evening.

Innovation in the Snow 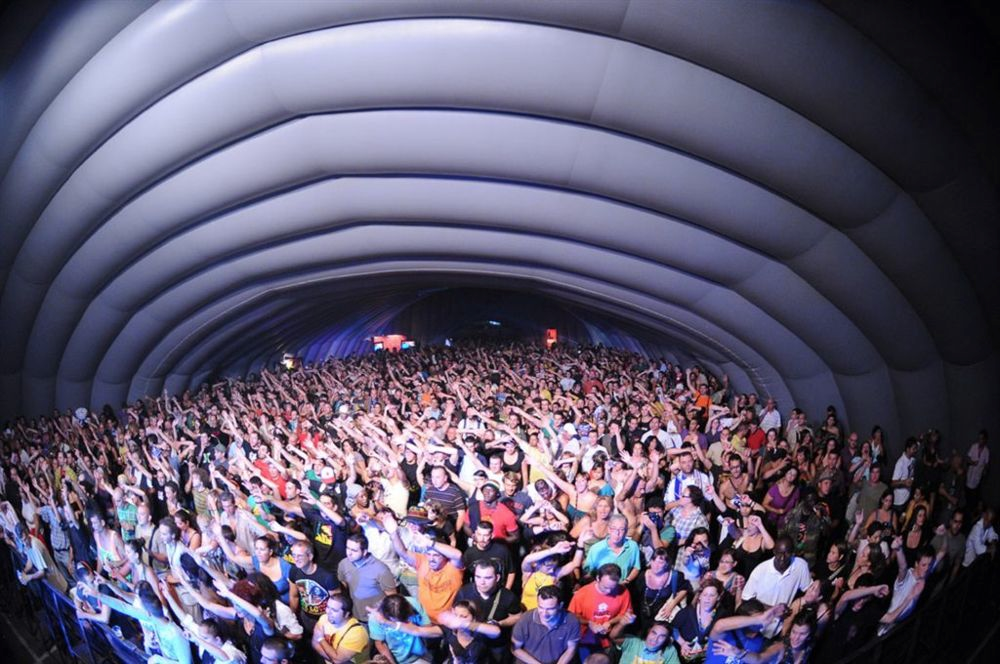 A new three day music festival has been announced for the party resort of Pas de la Casa in Andorra this season.  ‘Innovation in the Snow’ is the latest offering by the DnB events company Innovation.  Festival pre-parties will run between 5pm – 9pm in a dedicated ski bar and restaurant each evening with the main event taking place in a special Igloo Dome.

Innovation are happy to welcome non-skiers as well as skiers and boarders and suggest activities such as a daytime paintball tournament in the snow, snowmobiling, dog sledding or ice-driving instead.  Package options include 3 night’s accommodation + 2 day lift pass + 2 day ski hire + airport transfers + 3 night festival entry from£240 or a non-ski version from £190

After staging a big coup with a gig by Deep Purple a year ago (pic above), this time the Jungfrau region will host German hip hop mega stars Fanta 4 as “the country’s biggest winter music event.”  This event 2000m above sea level in Kleine Scheidegg can only be reached by a journey up the spectacular mountain railway and from the venue there are spectacular views of the Eiger, Mönch and Jungfrau.  Approximately 9,000 people will attend the concert, tickets for which are 125 Swiss francs, and it usually quickly sells out. 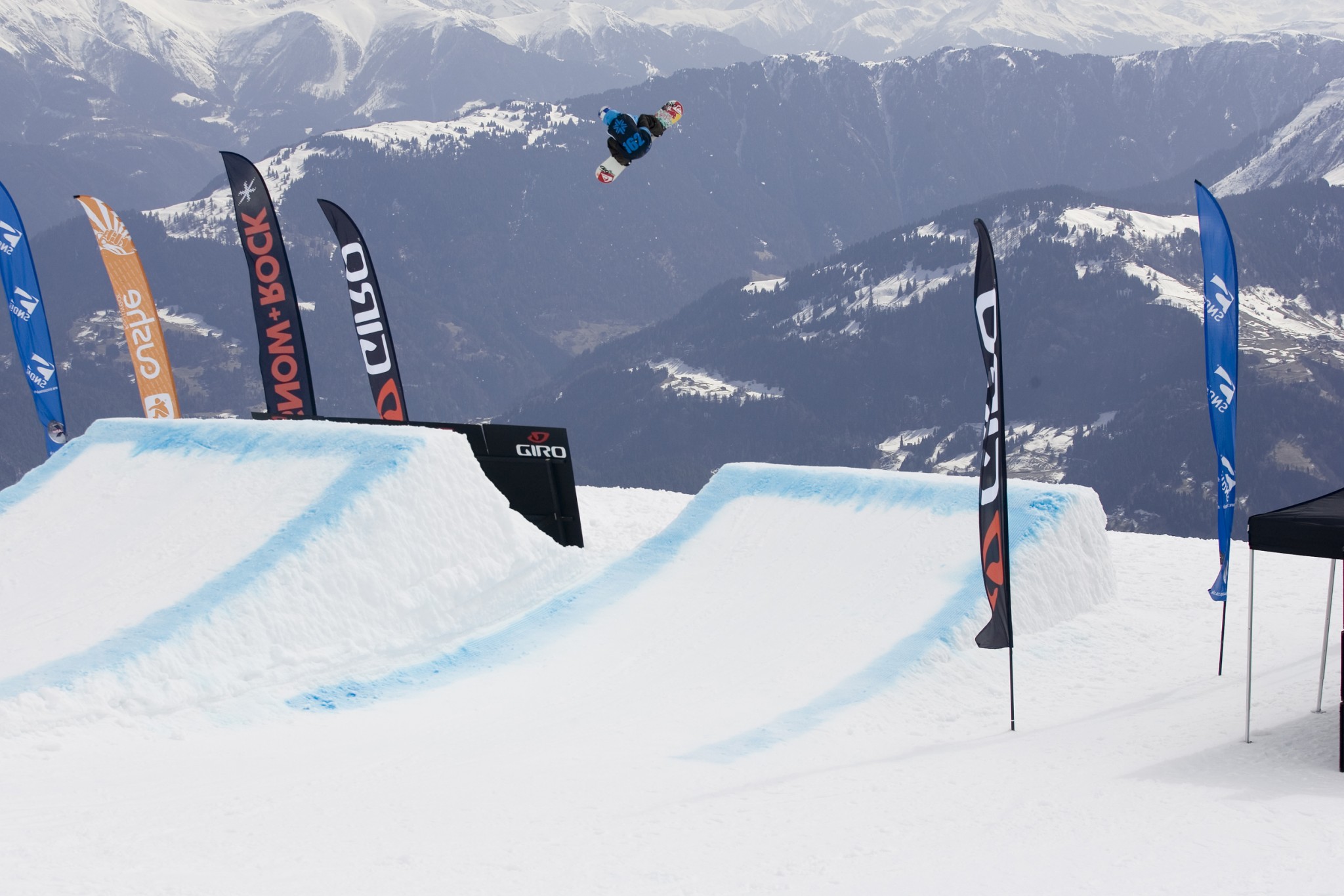 Following a brief and unconvincing trial separation, The BRITS (Or to give it its full title: “the British Snowboard and Freeski Championships,” will be rekindling its love affair with Laax, Switzerland, with the world’s largest halfpipe and four dedicated snowparks, for a week of Championship snowsports and a celebration of its flourishing freestyle scene.  During the week, riders (seasoned pros, budding amateurs and first-timers) have the chance to compete or spectate at the British Halfpipe, Slopestyle and Snowboard/Skiercross Championships, plus the more relaxed Bangers and Cash Rail Jam. 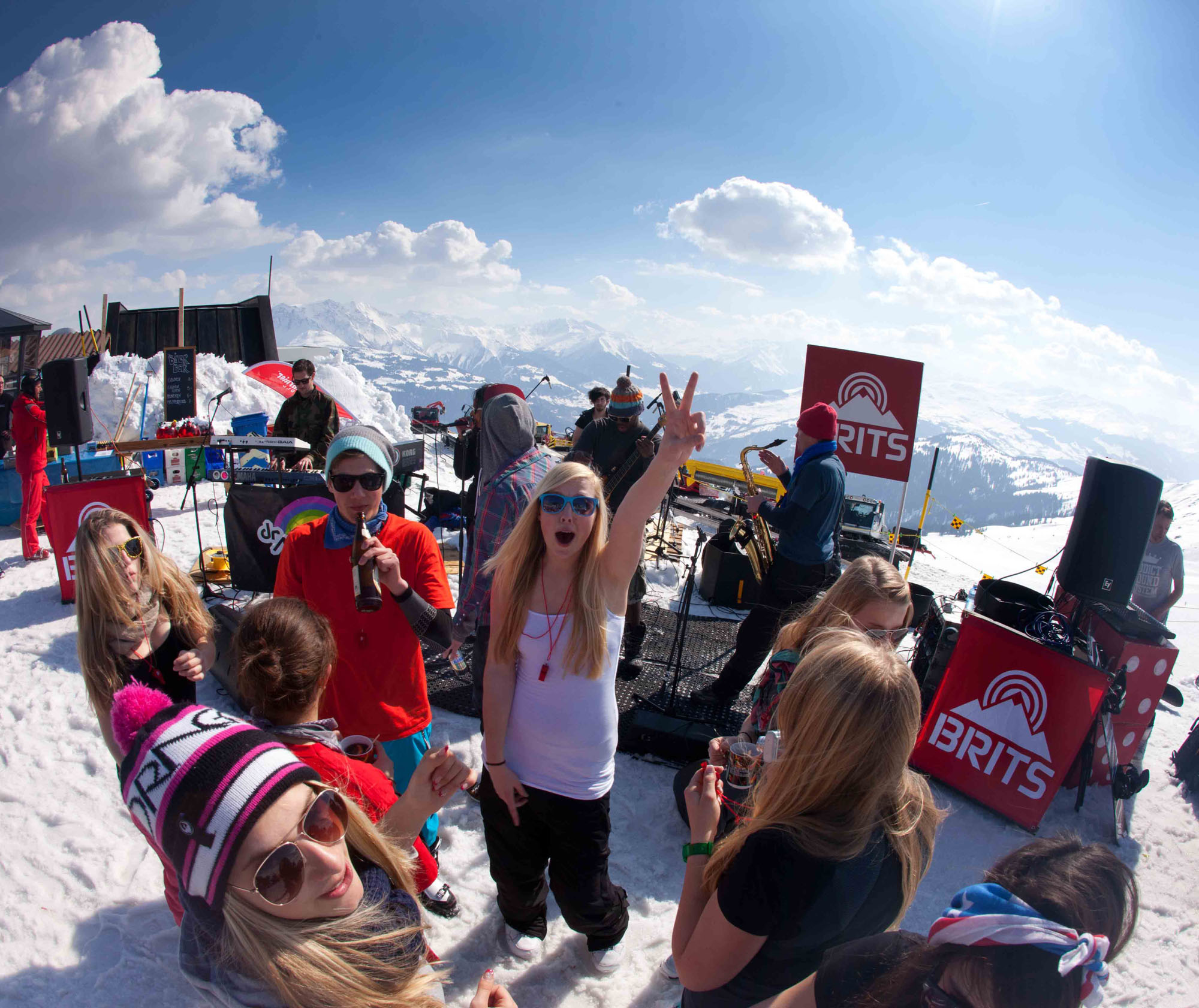 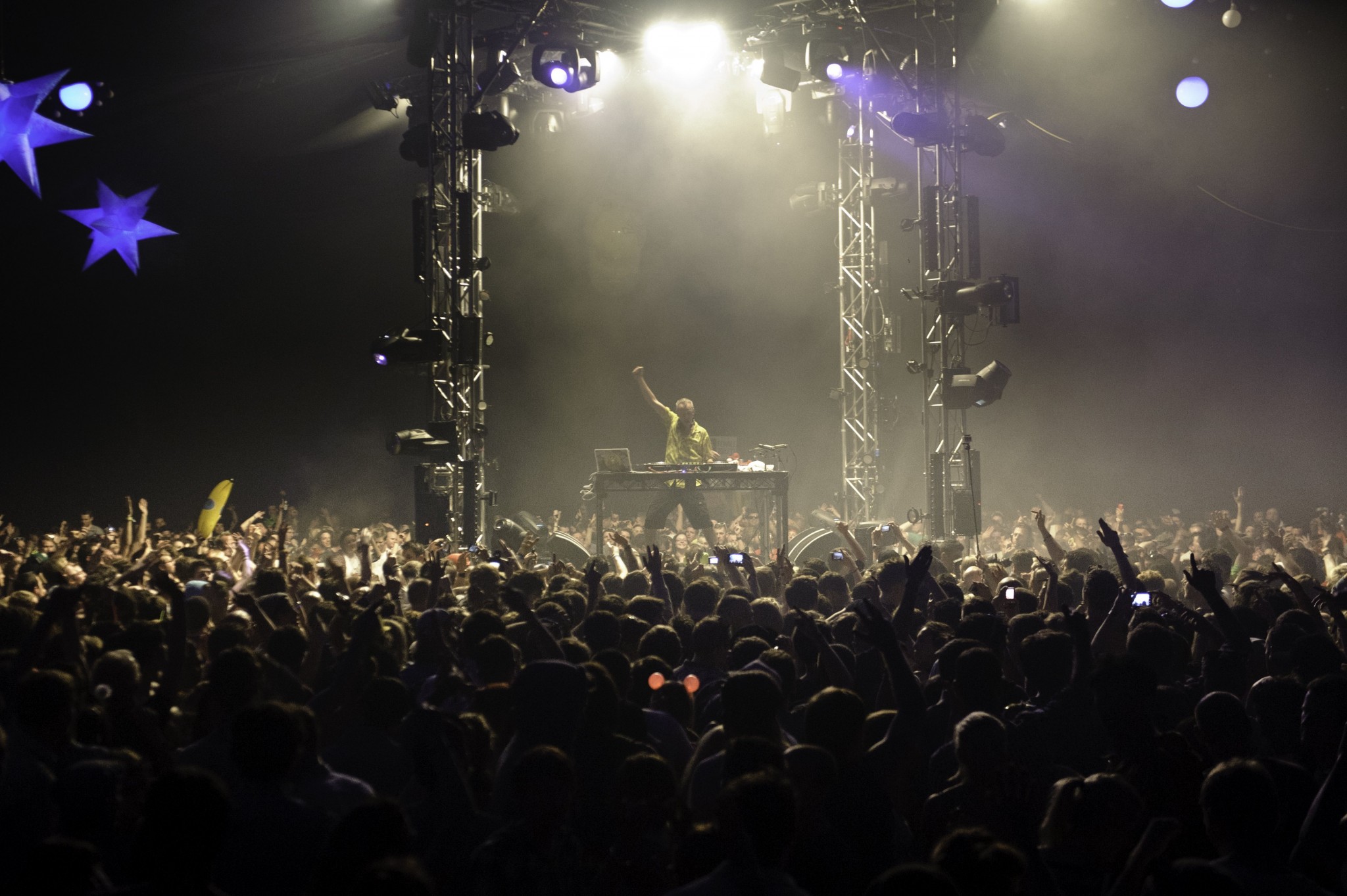 The self-styled “world’s No.1 music festival on snow” is certainly one of the biggest and longest established and has even spawned a pre-Festival ‘Snowbombing Party Series’ which tours some of the UK and Europe’s leading nightspots.  During the festival itself gigs are staged in Mayrhofen’s plethora of bars and clubs as well as at specially created locations on the mountains and in the forest.  Snowbombing offers accommodation packages ranging from £339 (+booking fee)  for 5 nights’ accommodation and festival wristband. 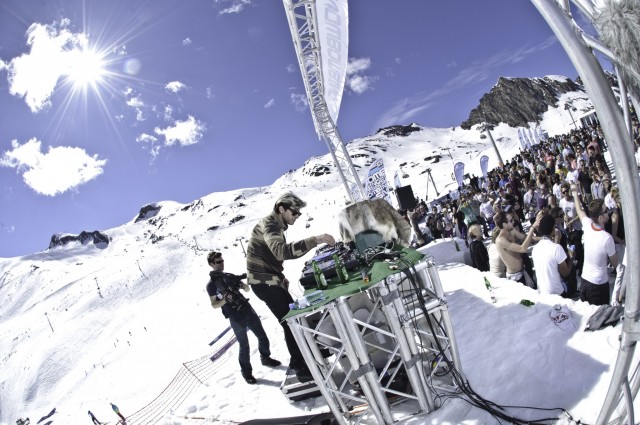 Top Of The Mountain 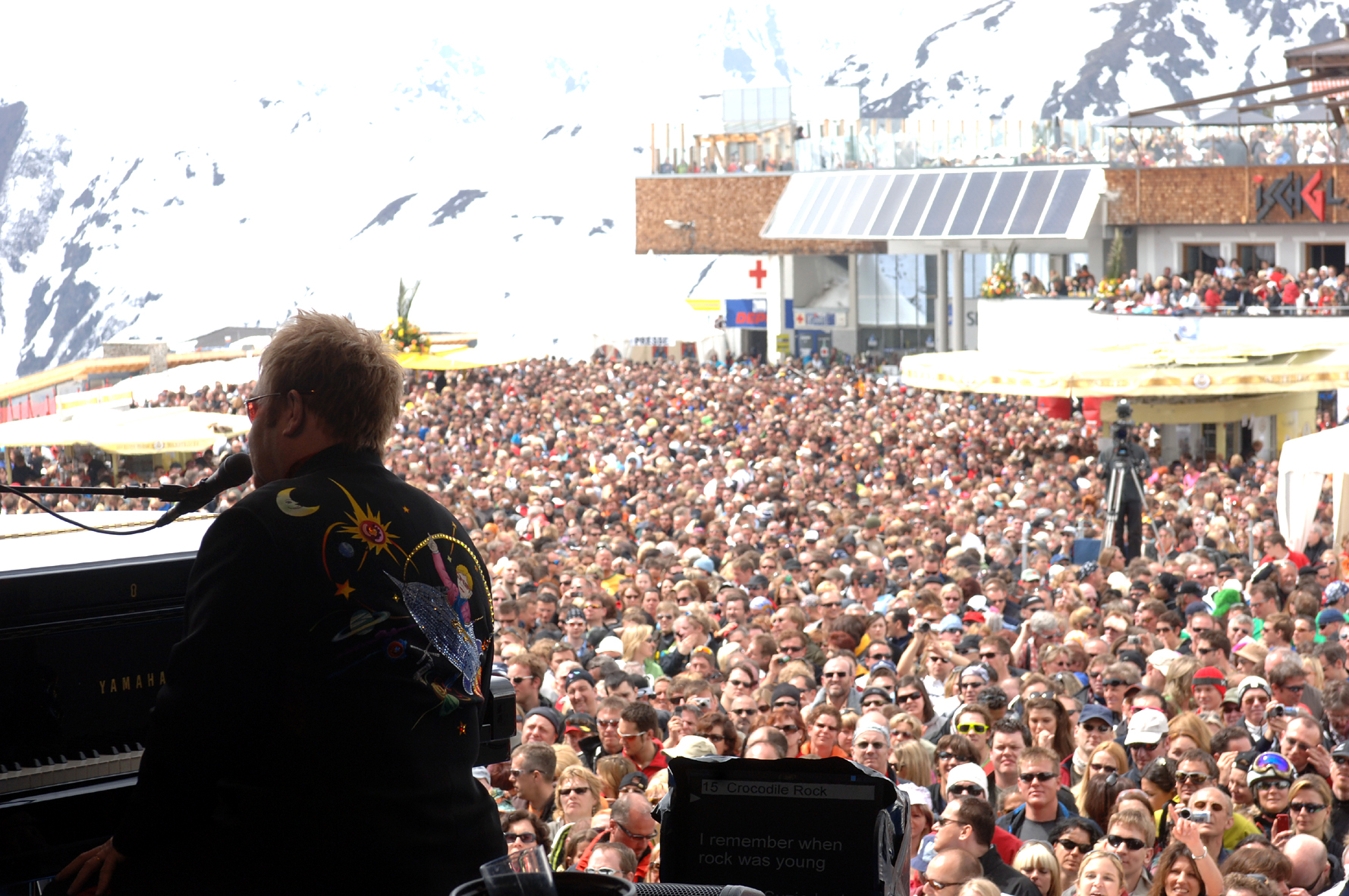 Headliners: To Be Confirmed

Ischgl’s Top of the Mountain concert is staged to mark the final weekend of the resort’s five month long season (which began this year with a gig by the Beach Boys at the end of November).  They always get one of the world’s biggest stars to perform – Kylie, Elton john, Robbie Williams, Rihanna and many others have been the main act over the years. 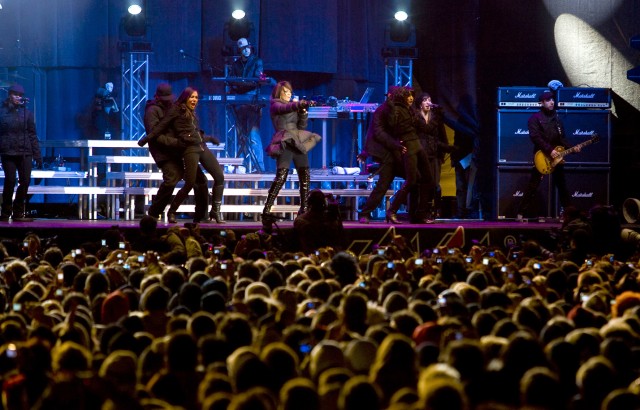