Sölden in the Austian Tirol is famous in the skiing world for a number of reasons.  One of that it has not one but two glacier ski areas and a season which typically lasts from September to the following spring.

Then there’s the fact that this snowsure reputation enables it to stage the opening races of the World Cup season in the northern hemisphere each autumn – this year they’ll start on the 27th October.

Next up, the resort reached a wider global audience than ‘just’ skiers when it featured ion the last James Bond movie, Spectre. The resort’s famous Ice Q glass-box mountain restaurant became the Hoffler Klinik in the film, which also included the resort’s state of the art Gaislachkoglbahn gondola lift up to it and the comfortable Das Central Hotel. 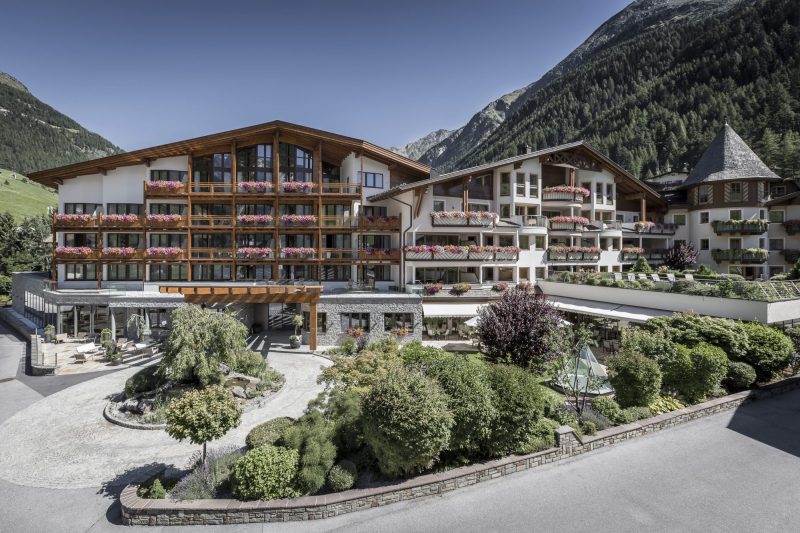 And now the resort has unveiled 007 ELEMENTS, a new cinematic installation situated at over 3,000m up near the Ice Q, in honour of James Bond himself, which opened on 12 July.

Now Das Central is offering a special five night holiday package in the October half term priced  from €664 (£590) per night, based on 2 adults and 2 children sharing a Junior Suite Chalet Ötztal, on a gourmet half-board basis and including 4-day ski passes.

The package is based on arrival of 28th October. Flights with British Airways from London to Innsbruck are currently priced from £98 per adult, based on 5 nights, over these dates.