After last winter’s competitions finished early due to pandemic lockdowns, the FIS has announced that the 2020-21 Alpine World Cup will be starting a week earlier than originally planned.

The opening races on the glacier above Solden in Austria will take place on the 17th-18th October instead of the originally planned dates of 24th-25th October.

“By moving the races forward, it will be possible to use the Rettenbachferner glacier area largely exclusively for the World Cup competitions, to separate the participants, officials and employees from tourists and to arrange the accommodation for the teams according to needs and regulations. The ultimate goal for the organizer and his partners in Sölden is to ensure that everyone involved in the Ski World Cup has the best possible and safest conditions at the start,” said the Austrian race organisers. 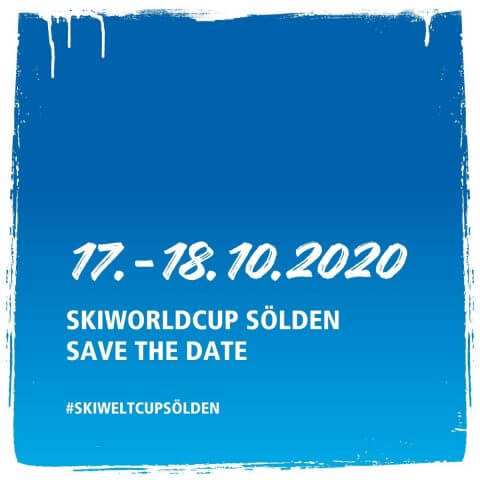 The organisers say that at the current time it is expected that the event will be staged “Without a large number of spectators or media present,” to comply with COVID19 pandemic spread prevention measures.

There has been a lot of speculation about what will happen to the World Cup calendar next winter with the organisers of the bi-annual Alpine Skiing World Championships, due to be staged in Cortina d’Ampezzo in Italy next February 8-21 asking for a postponement earlier in the spring, but the FIS worked with the organisers and the Championships are currently still on for this coming winter.

There was also speculation that events might only be staged in Europe to avoid competitors having to travel (once those not based in Europe had moved to the continent for the duration of the race season), but the calendar of events on the FIS site currently shows competitions moving to North America as usual after the first events in Europe, with the first downhill races in Lake Louise, Canada, from 25th November and at Beaver Creek in the US in early December.

78th Inferno Race Hopes To Go Ahead in January