One of the best-known names in the ski world, Kitzbühel’s fame is in part thanks to the 3.3km stretch of snow in the world, the Streif. This is where the Hahnenkamm Men’s World Cup Downhill, a race both feared and revered by the best on the World Cup circuit, takes place every January (it will be run for the 77th time from 17–22 January 2017) , But Kitzbühel offers much more, with its strong skiing heritage spanning 120 years, the resort is also one of the most cosmopolitan in the Alps.

The cobbled streets of the old town are home to great hotels, restaurants,  cafés and trendy  bars. It’s not just for experts, either, with gentle intermediate skiing aplenty. Most surprising, however, is the bountiful off-piste terrain that’s easily accessible from the pistes.

1 – SKI THE MOST FAMOUS SKI RUN IN THE WORLD

The Hahnenkamm downhill race is the victory every alpine skier on the World Cup circuit dreams of, but it’s also accessible to holidaymakers. The Streif can be tackled in winter by most intermediate skiers, although some of the steepest sections are marked as “extreme ski routes” so are better for expert skiers. There is a “‘family Streif”’ route: – “‘red 21”’ – which misses out the tougher sections. 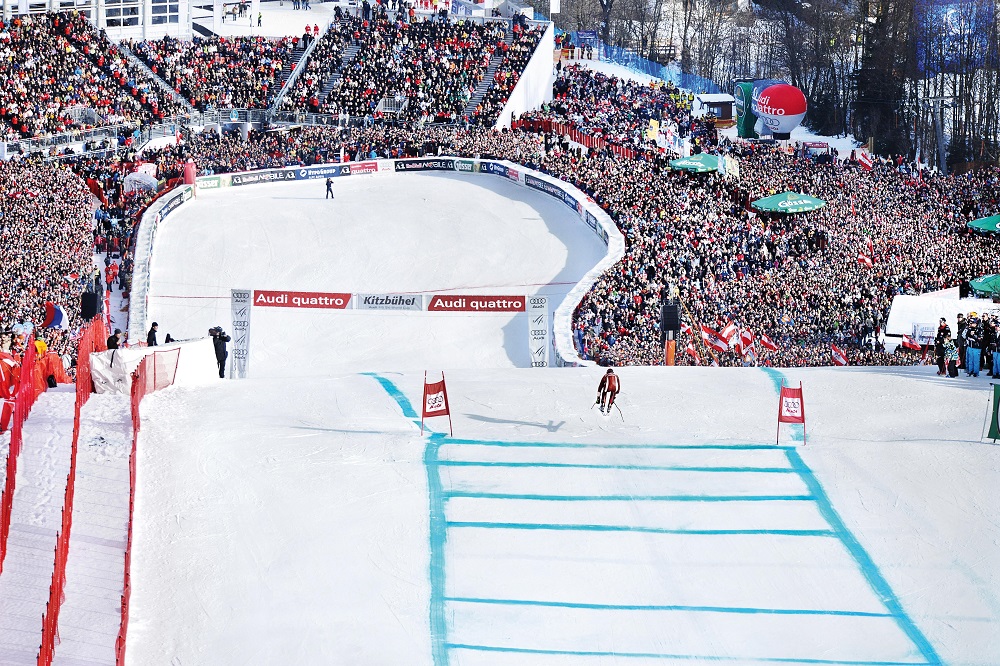 Kitzbühel’s best- kept secret is the amount of accessible off-piste terrain:; a whopping 200km2 of hidden routes and untracked backcountry. A local ski guide will help you seek out some of the best lines around the Bichlalm area and, down the steeps of Ehrenbachgraben or hunt out some gentle bowls in the Jochberg area. 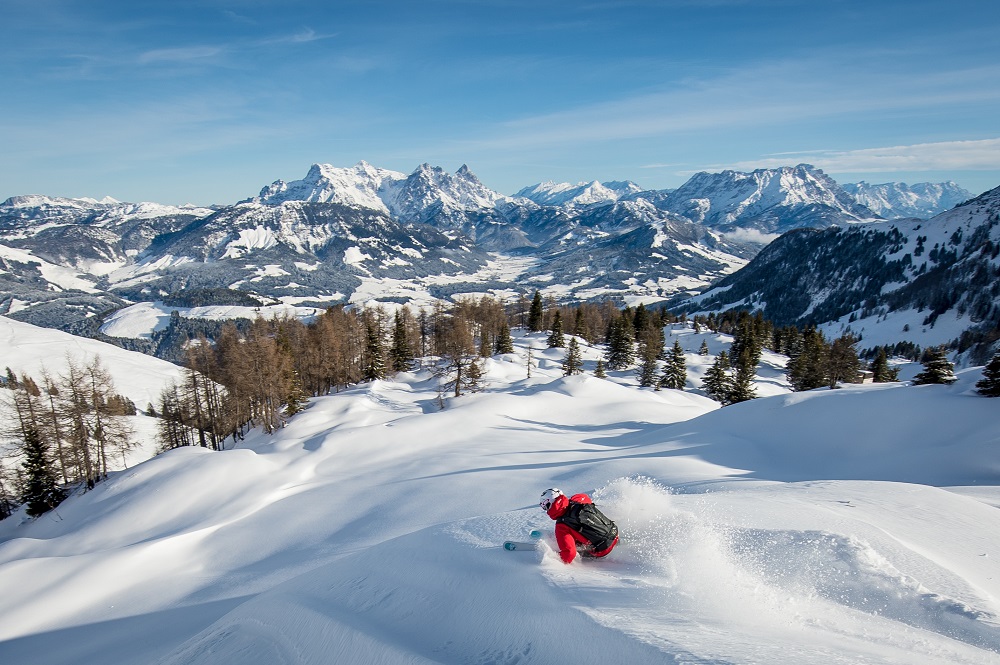 3 – NOT JUST FOR EXPERTS

Kitzbühel is also great for intermediate skiers, snowboarders and groups of mixed skiing ability, with 179km of varied slopes with atmospheric mountain restaurants to pop in to whenever you fancy a break. The ski area has plenty of easy- going slopes, some great valley runs and a quick, efficient lift system. A fun way for confident intermediates to get to know the entire ski area is to tackle the 35km ‘Elephant Ski Safari’ riding from summit to summit and utilising the 3S-Gondola.

There are loads of options in Kitzbühel for non-skiers too, or just if you fancy a break from the slopes. The Mercedes-Benz Sportpark is an exciting place where you can try ice skating, Alpine curling, bowling, climbing and more. Those up for more party-focused après-ski can enjoy plenty of beer, oompah and Europop at Streifalm or the Londoner, or for a more sophisticated alternative try Café Cafe Bergsinn or the Fünferl. 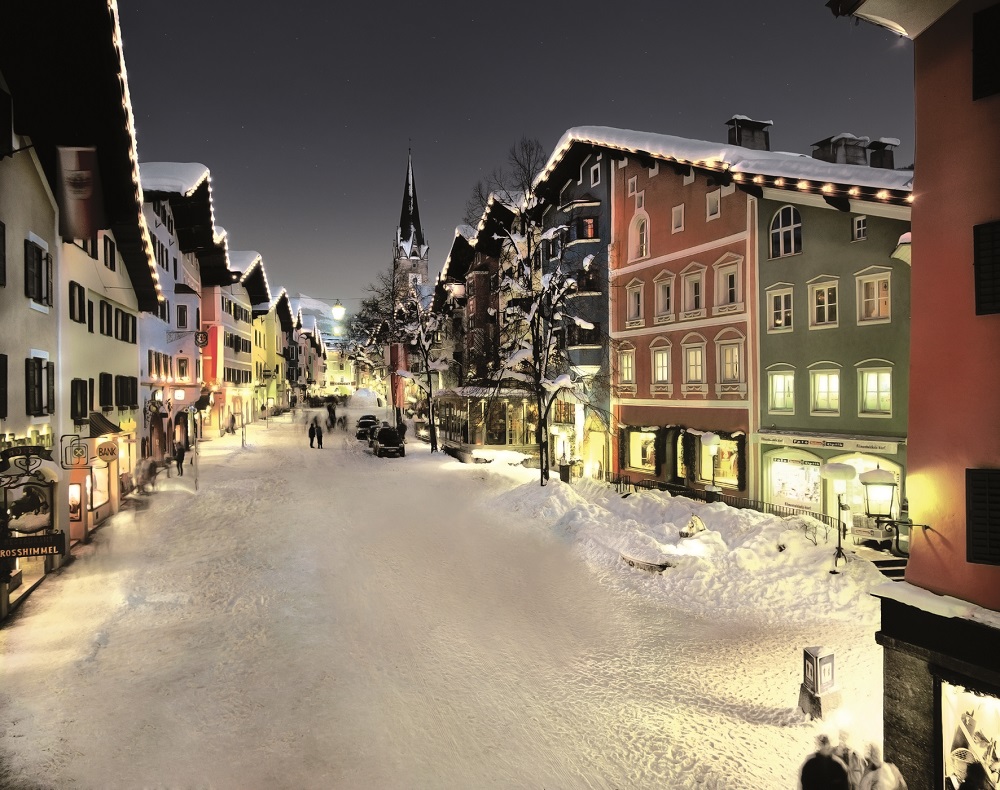 Kitzbühel has many award-winning chefs and restaurants, many holding gourmet ratings, and providing a mix of modern and traditional cuisine to suit every budget, but all offering delicious food accompanied by warm Tirolean hospitality. From great- value tasty pizzas at Centro and the Barrique to the award award-winning Kupferstube restaurant in the five-star Hotel Tennerhof (awarded two Gault Millau toques and among the top restaurants in Austria) and the excellent Neuwirt in the chic Schwarzer Adler hotel, foodie holidaymakers are spoilt for choice.