The Ski Train’s Return Is The Same But Different…

After the explosion of excitement in the ski community at the news last week that the previously-axed direct rail service between the UK and the French Alps had been reinstated, its becoming clearer that will not be the ski train as it was before.

Initial media statements from the Compagnie des Alpes’ (the French company which runs many leading French ski resorts and has chartered the ski train for this winter) to the French media created as many questions as they answered on this side of the Channel. As time goes by though it is becoming clearer how the revived ski train will operate this winter.

The key thing is that this won’t be a regular rail service you can buy a single or return train ticket only on. Instead, think of it as the travel part of a new package-holiday by rail instead of by air service.  These packaged ski-holidays-by-rail will be available to a selection of six very well-known resorts and properties selected by the tour operator – Travelski (part of Travel Factory, itself owned by the Compagnie des Alpes).

At present we are told you won’t be able to book a rail ticket on as before and just create your own trip around it. At least, that appears to be the case, inside sources tell us the final details are still being worked on and you cannot yet actually book a ski holiday package by rail on the Travelski site. It’s believed you will be able to by the end of this month though.

The news of a returned direct rail option for skiers has been broadly welcomed as good news for holidaymakers and good news for the environment if we are to “build back better” (not worse – as had appeared to be case with the cancellation of the service) post pandemic.

“It is such good news to have this service up and running for winter 21-22. British customers are so important for Les Menuires and we are keen to welcome them again! The packages have to be booked via Travelski to make the train work for our guests; they will have a good way to travel to our resort, Les Menuires, just above Moutiers, and one that is more eco-friendly, then we are happy,” said Marlène Giacometti – Director of the tourist office in, Les Menuires, one of the six resorts served by the new ski train.

Actually ski holiday packages by rail are not a new idea. That’s really how British ski holidays began with pioneers like Henry Lunn, Erna Low and Water Ingham taking tens of thousands of Brits skiing each winter by rail on ‘snow trains’ in the first half of the twentieth century before the advent of ski holidays by air. 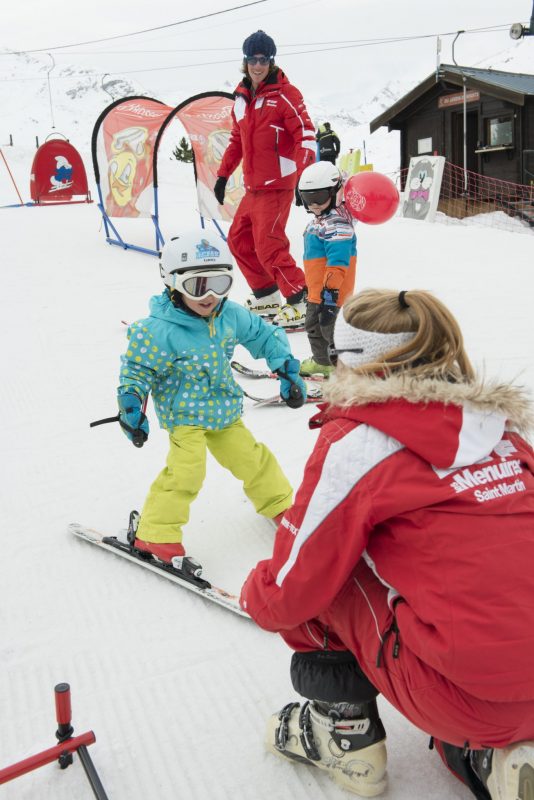 So what do we know about the new ski holidays by rail service this winter so far? 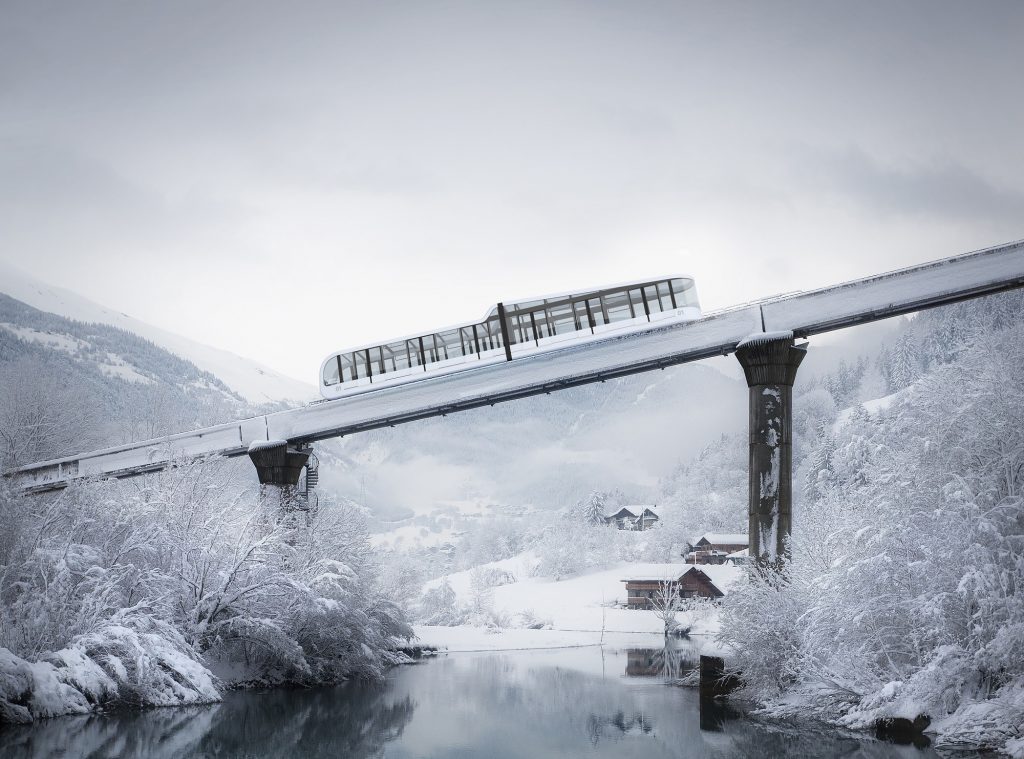 Skiers opting to stay in Les Arcs can make a simple 7-minute journey by funicular from Bourg St Maurice railway station to Arc 1600, meaning skiers can be on the slopes the very same morning.

“This is excellent news for the area,” commented Guillaume Desrues, the Mayor of Les Arcs – Bourg Saint Maurice. “It will allow our English friends to come to Tarentaise and Les Arcs with a very low impact on the environment. This rail link is particularly important for the commune of Les Arcs – Bourg Saint Maurice which wishes to become more virtuous and promote more responsible tourism. Les Arcs is now just two stations away from London!”

“This is very, very good news and a low-carbon solution to reconnect with our British customers. We really thank the Compagnie des Alpes and Travelski,” added Marion Grognet, Marketing & Communication Director at Les Arcs.

Few details of what the holidays will cost have been revealed yet, but a ‘lead in price’ (the cheapest ticket available) will be from £640pp (£2,560) for a family of 4 staying in an apartment in the Résidence CGH & SPA Kalinda 4* in Tignes, including return rail travel from London, 7 day ski passes and transfers to/from the accommodation.  The dates when this price will be offered hasn’t been published.