The Val di Fassa in the Dolomites, with half a dozen or so village bases to choose from, is one of the best areas in Italy’s famous ski region of Trentino. This winter the new “Funifor Alba-Col dei Rossi” cable car has opened there, greatly improving the connection between the region and the world-famous Sellaronda circuit of 40km of lifts and runs.

Let’s meet at dawn … and at sunset

There are two unmissable moments in Val di Fassa: sunrise and sunset. With #trentinoskisunrise, you can ski along a dedicated slope at dawn and enjoy a rich breakfast in a mountain refuge in front of a fairy-tale landscape. The event happens on selected dates at 6.15am at Ciampedìe in Vigo di Fassa, with descent along the slope Thöni and breakfast at Baita Checco.
Or if you don’t want to get up early, then at 5pm on every Wednesday in February and March there’s “Bollicine al Tramonto” (Bubbly at Sunset) by the Chalet Cima Uomo on Passo San Pellegrino up at 2,483m. Here you’ll enjoy finger food, Trentodoc sparkling wine and the Dolomites “on fire”, lit by the last rays of the sun. Afterwards the final descent is lit by snow cats. 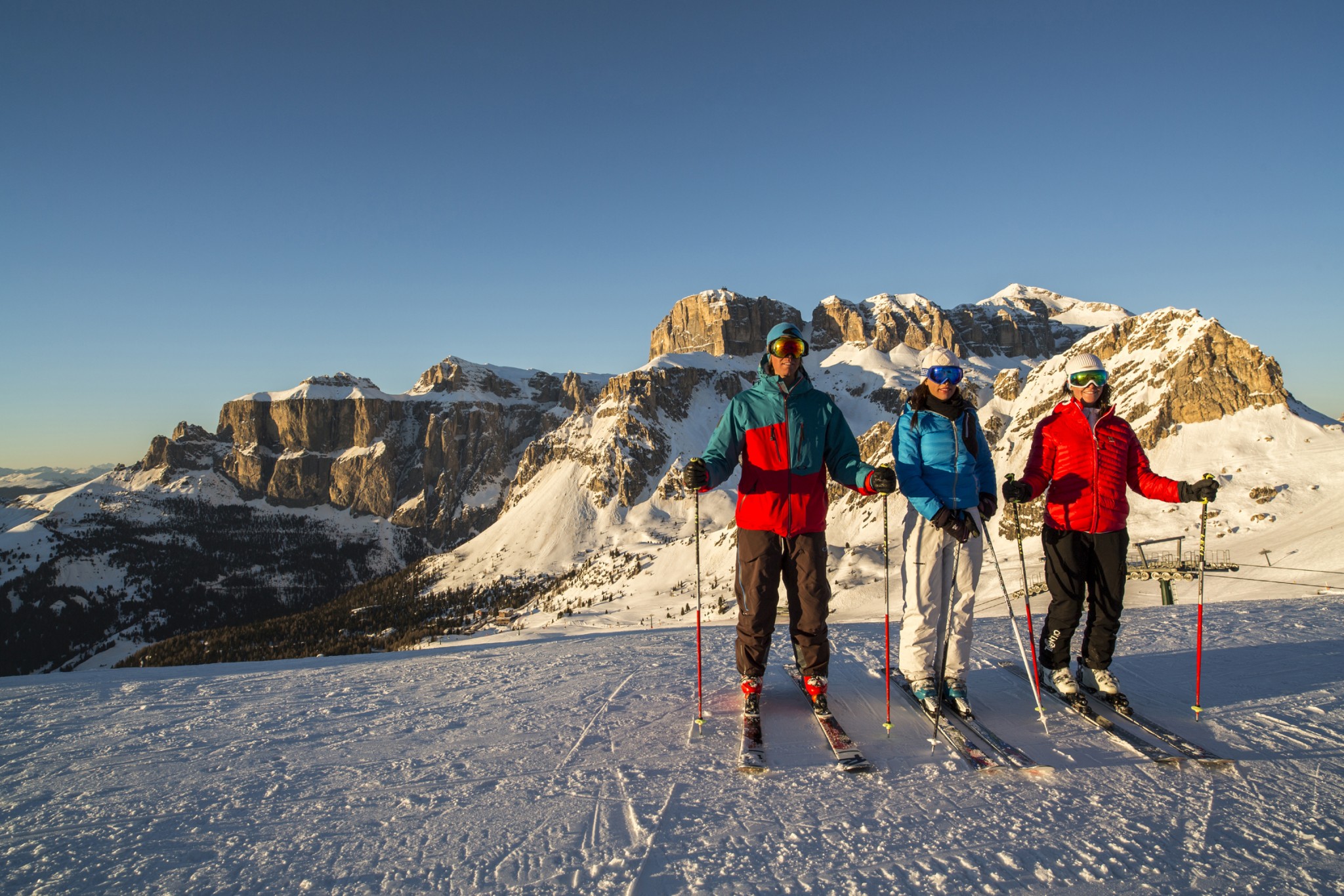 In the Fassa valley, aprés-ski goes under a different name, coming from the local Ladin regional mountain language. “Movida” starts in the afternoon as you come off the slopes in your ski boots and continues until late into the night at the many après-ski pubs, especially through the narrow streets in the area’s liveliest village, Canazei.

Diving “into” the snow

The modern aquatic centre “Dòlaondes” (meaning “follow the waves” in Ladin) has five pools, one semi-Olympic and four equipped with hydro massage, falls and vortex to swim upstream against or float round with the flow. There’s also a 111m-long slide and an outside salted water pool, where you can swim, warm and cosy (water temperature: 34°C) with the stunning peaks all around … 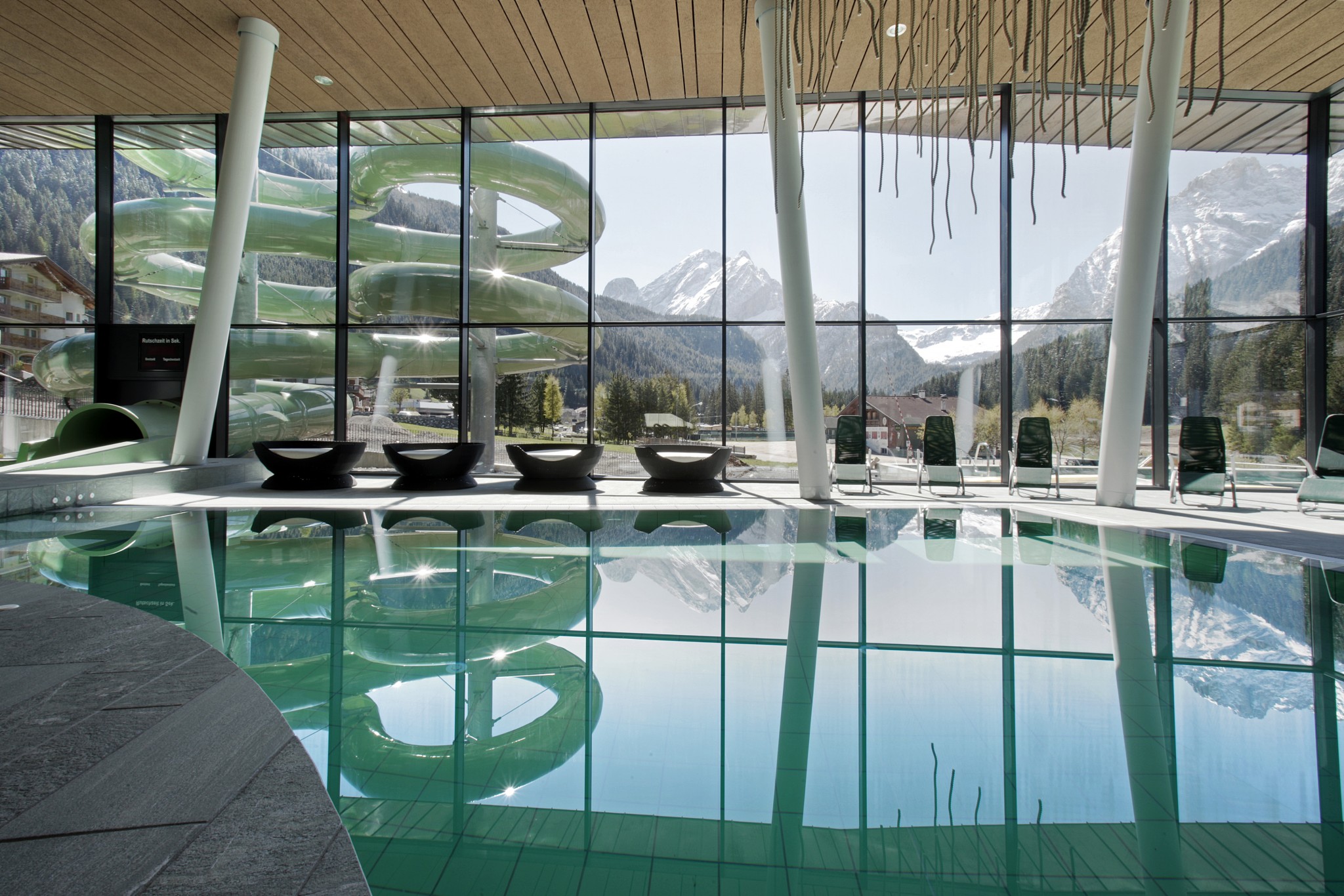 The most pleasant village to wander and do some window-shopping in is Moena, with its picturesque town centre and two squares surrounded by workshops where you can find exclusive products, such as (almost totally) handmade skis, priced at about €6,000 (£4,621).

It stinks? Eat it!

The king of the table in Val di Fassa is an oddly but accurately named cheese, loved by adults and children, the “Puzzone di Moena DOP” (“Puzzone” meaning “something that stinks”). Together with cured and game meat, thanks to its unmistakable taste and aroma, it’s a local delicacy you’ll find in different dishes at the mountain restaurants along the valley. Its “intense perfume” guarantees a great taste; trust me! 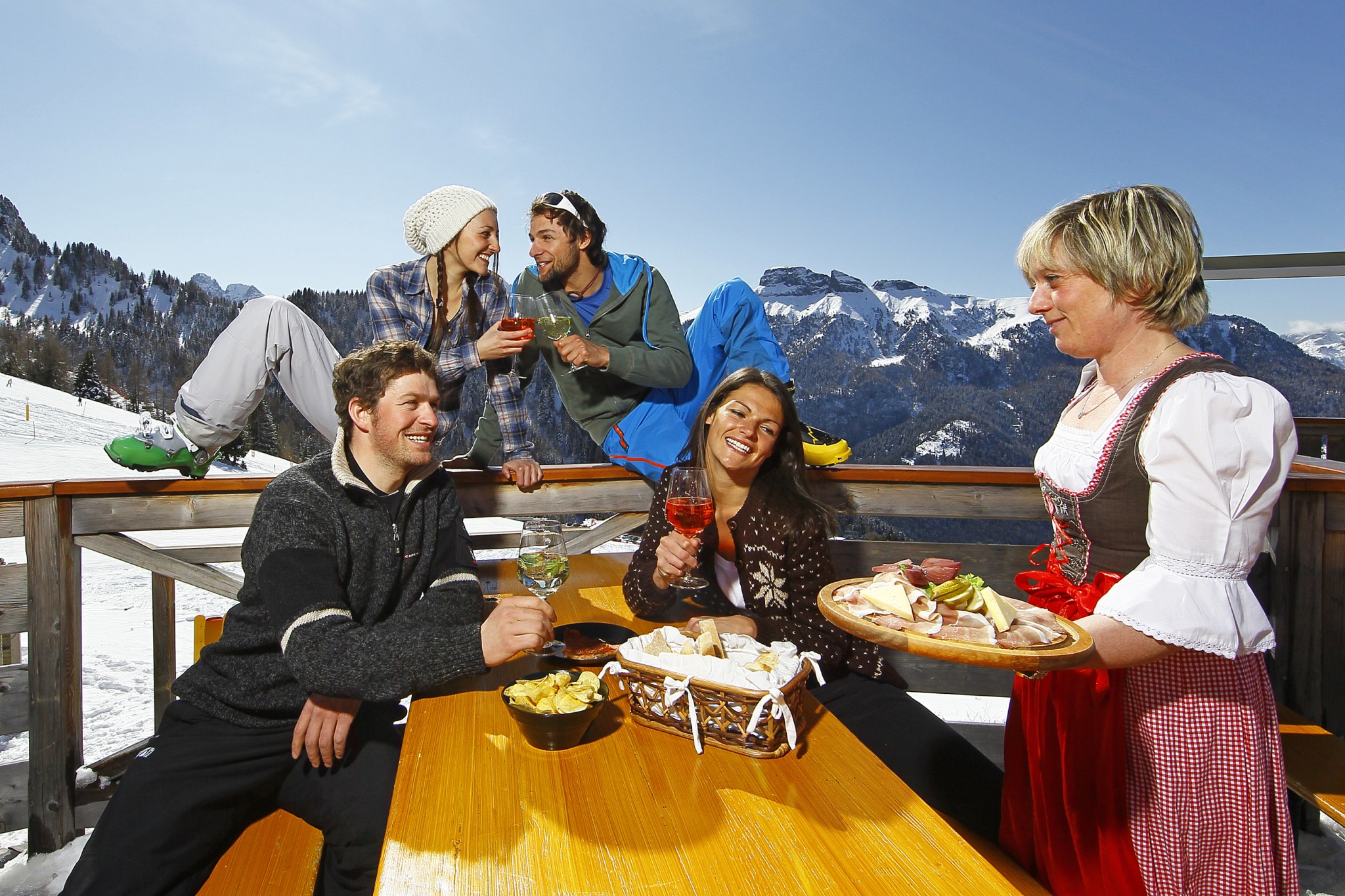 The new “Funifor Alba-Col dei Rossi” takes just five minutes to reach “the Terrace of the Dolomites” by the Rifugio Maria on Sass Pordoi. From here you will see spectacular views of the Dolomites’ most famous peaks. By lucky coincidence, freeriders will find some of the best descents in the regions starting here and mountain guides ready to show you the way.

Courmayeur – Experience Hidden Luxury In the Heart of the Alps

What Makes the Perfect Ski Holiday? It May Not be Powder!