Snowboarder Keith Hayes has set a new world record for snowboarding the biggest vertical in 12 hours.

The record was set on 12th March 2017 at Sun Peaks ski resort in BC, Canada, but Keith has only just received his official confirmation and certification from the famous Guinness Book. 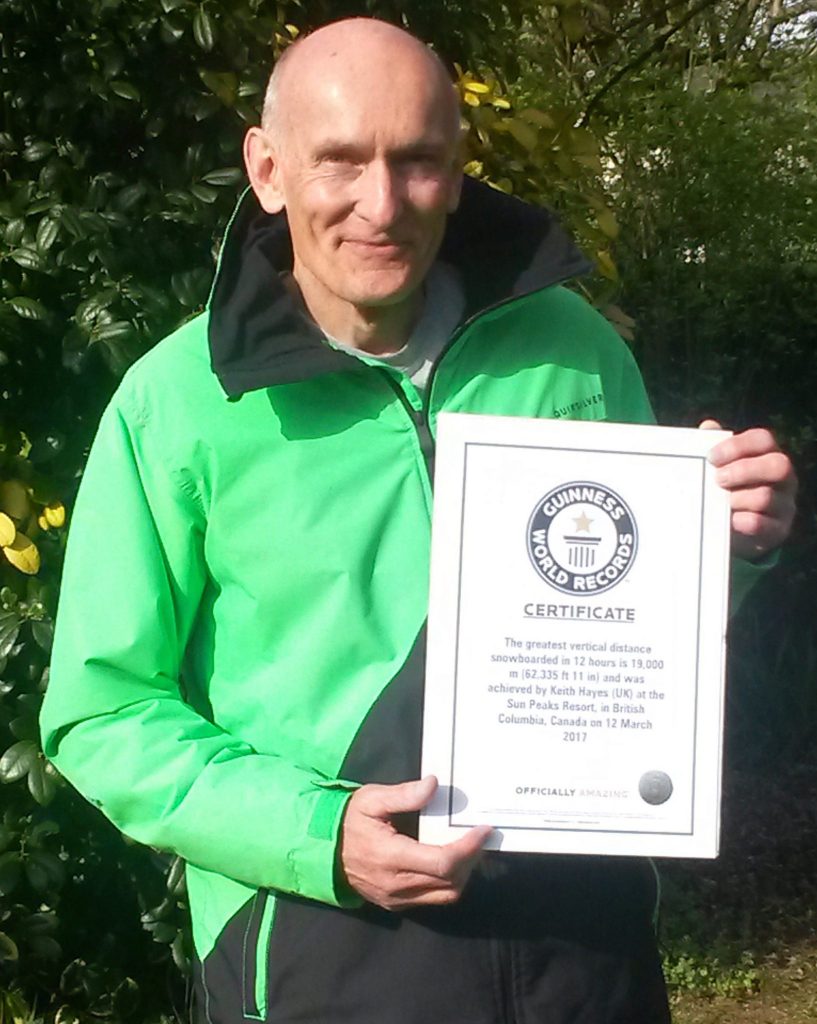 Keith was supported by a team of 10 from the Winter Sports Company as he attempted and then set the new world record.

It was an early start, and the chairlift started turning at 8am sharp – but conditions were perfect.  After a week of heavy snowfall and powder days, the 12th March was the one day of the year when Keith’s team weren’t hoping for knee deep powder.

Perfect conditions for this event would be fresh snow on the preceding day, followed by a clear evening for a pristine groomed run on the Sunday morning.

“The snow Gods listened and Keith started his day on the most perfect groomer we’ve ever seen!” said a Winter Sports Company spokesperson

Keith rode the Sundance Chairlift  and as the day progressed, the weather brightened and by 2.30pm Keith had completed the benchmark distance of 12,500 metres that had been set by the Guinness Book prior to the event to become an official world record holder. 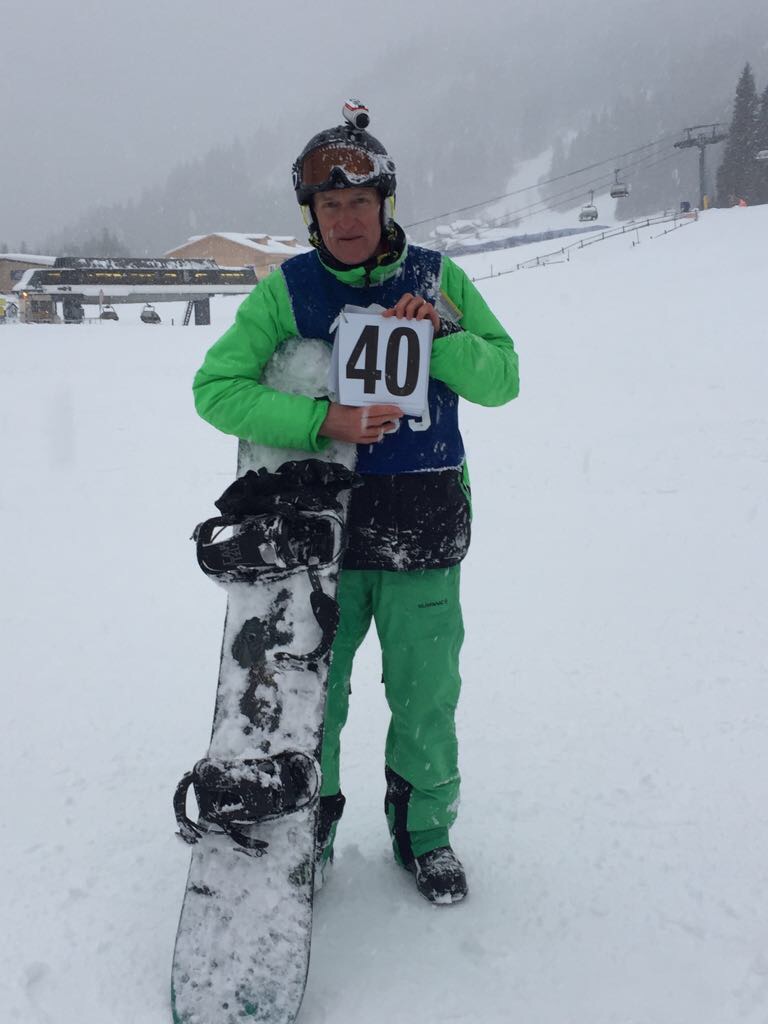 At the 8 hour mark is was a case of mind over matter, as the lift shut to the general public and the weather closed in. With over 30 runs under his belt, and the benchmark a distant memory – it looked as though Keith was ready to finish, but with the support of volunteers he kept on going until 6pm, completing 40 runs – a whopping 19,000 vertical metres.

As well as a personal challenge Keith also made his successful record attempt to raise money for Epilepsy Action.  It is still possible to donate to Keith’s fundraising page.