Could Britain’s Biggest Indoor Snow Centre Yet Still Be Built?

Plans to build Britain’s biggest indoor snow centre are apparently still live nearly 20 years after the plans for the development at Great Blakenham, near Ipswich, were first announced, and a decade or so since it was widely assumed the project would not go ahead. 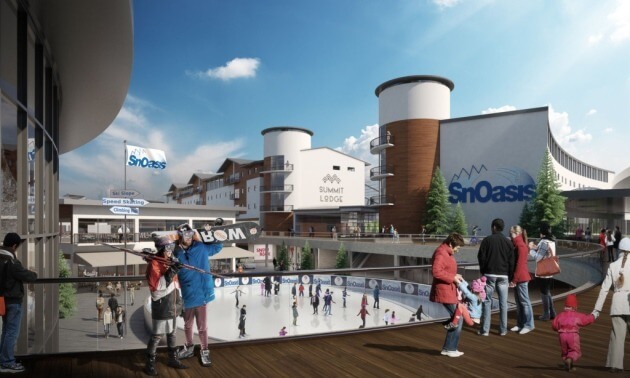 The SnOasis proposals are for a multi-winter-sport indoor snow and sports complex including what It a 415 metre long,  70 metre wide run with a 100 metre vertical drop which at the time of the proposals would have been the world’s biggest, although there are now five bigger ski areas in Europe and Asia.  There would also be indoor ice climbing, speed skating and a bobsleigh run.

However the 123-hectare project on a former quarry site (consistently priced at £300 – £350m throughout the past 18 years) was controversial from the start with local residents strongly opposed to the project and setting up a website (now defunct) at: snoasisconcern.com which raised many environmental and other concerns. 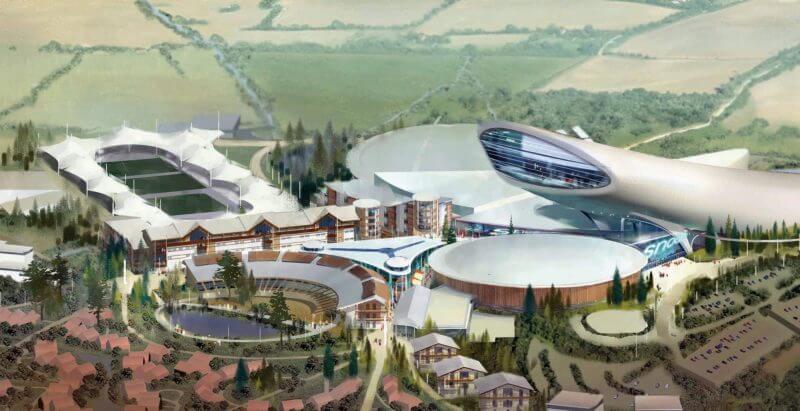 Although outline planning permission was given in 2008, eventually a public enquiry was held into the project, but it did finally gave it the go-ahead in 2010.  At that point, however, the economic crash had happened and a few years later the main developer proposing the project was declared bankrupt, giving the public impression that that was that.

But the BBC reports that the project is still live, with the money reported to be in place to build it, and the plans will go back before the local Mid Suffolk District Council planning committee on Wednesday 13 March, next week.

“(Council) Officers understand that financial backing is in place and that it is intended, if reserved matters approvals are granted in accordance with the recommendations herein, to have the entire facility capable of operation by the end of 2023,” a statement reads.

The SnOasis Project is one of several long-running indoor snow centre projects around the world.  Another development conceived in the early ‘noughties’ and under construction for more than a decade, the American Dream project in New Jersey in the USA, has seen more than $4 billion invested by three successive corporate owners on a huge mall and entertainment complex. The indoor snow centre there was actually built in 2008 but is yet to open to the public, although the current owners say this will finally happen this spring.