Plans to build a new £30 Million indoor snow centre in Middlesbrough have been approved, with the slope aiming to open in 2022.

Middlesbrough Council have given the go-ahead for the ‘Subzero’ ski slope in Middlehaven Dock, which will be England’s most northerly to date.

The plans for the seven-acre brownfield site include a 540ft (165m) ski slope, as well as a nursery slope and shops, cafes and restaurants.

The centre’s developers, Cool Runnings (NE) have previously suggested it will also include numerous additional facilities such as an ice bar, indoor skydiving, bowling, a trampoline park, climbing wall and soft play. Plans to develop the location’s potential water facilities on surrounding dock area with a cable ski and unit surf pool are also being considered. 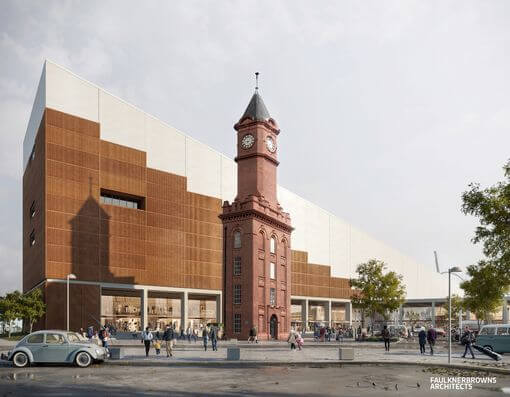 The £30m ‘Subzero’ snow centre in Middlesbrough was first announced a little over five years ago in late summer 2014 with outline planning granted several years ago. There have been several proposed construction start and completion dates announced, but this approval signifies a major step forward in the project.

The complex has been designed by FaulknerBrowns Architects who are behind the design of a number of the UK’s six existing indoor snow centres.

If the 2022 opening date is correct, this Middlesbrough snow centre will become the UK’s seventh indoor snow centre, after plans for Swindon’s long-awaited indoor ski slope were delayed once again by funding shortages.

Middlesbrough Mayor Andy Preston said “The snow centre could be a game-changer for Middlesbrough – it could be a catalyst for a boom in leisure and visitor numbers & a springboard for business & jobs.”