Many people don’t know that it snows in Australia. When I tell people I’m a snowboard instructor at an Aussie resort most of them look very confused because of course Australia is associated more with beaches and budgy smugglers (that’s terrifyingly small men’s swimwear for you Europeans).

Meanwhile, New Zealand is synonymous with beautiful mountains, Lord of the Rings and Southern Hemisphere winters. It is often where the Northern Hemisphere pro skiers and snowboarders spend their time when their home towns are heating up.

Both Australia and New Zealand snow resorts are rarely visited by Europeans, who assume our mountains are flat and our snow only slush. Yet the lands down under have a lot to offer the skier and snowboarder who is aimlessly waiting for another Northern summer to pass.

Most people don’t know that Australia does get powder days. This season and the last has brought light, dry powder reminiscent of Northern Hemisphere resorts. I’ve heard more than a few people exclaiming, “It feels like riding in Japan!” These days are a rarity, though. Instead you’ll more often be riding long groomers, complex tree runs and terrain parks, with the longest runs in Australia belonging to Thredbo at around 5km. You’ll never ride trees as complex and interesting as in Australia, where the eucalypts are wiry and unpredictable.

Many pro riders come to visit Australian resorts for their terrain parks. Perisher resort (pictured top) is the king of parks with four main parks for different levels, plus rider cross courses and half pipes. The Front Valley Slopestyle Park is frequently home to 40 to 60 foot jumps and a plethora of rails. Pro skiers and snowboarders like Sage Kotsenburg, Stale Sandbech, Jamie Anderson, Torstein Horgmo, Joss Christensen and Tom Wallisch have all graced Perisher’s parks.

So perhaps you’re thinking, so parks and trees. Is this all Australia has to offer? Well, there’s the Australians themselves. We’re friendly, we’re excitable and we know how to party. Most of the resorts boast a bustling village scene and a packed event calendar with live music, DJs, parties and endless apres. Hotham is a great place for beautiful views with your apres because it’s one of the few resorts in the world where the village is located at the top of the mountain.

Australia’s resorts are located in wilderness areas with panoramic mountain views and no cities in sight. As a result of that there’s wildlife in abundance. You’ll frequently see kangaroos, emus, echidnas and wombats on your way to the hill (and sometimes on the snow itself). So if you’ve ever wanted to ski and meet Skippy in the same day, Australia could be your new favourite snow destination. 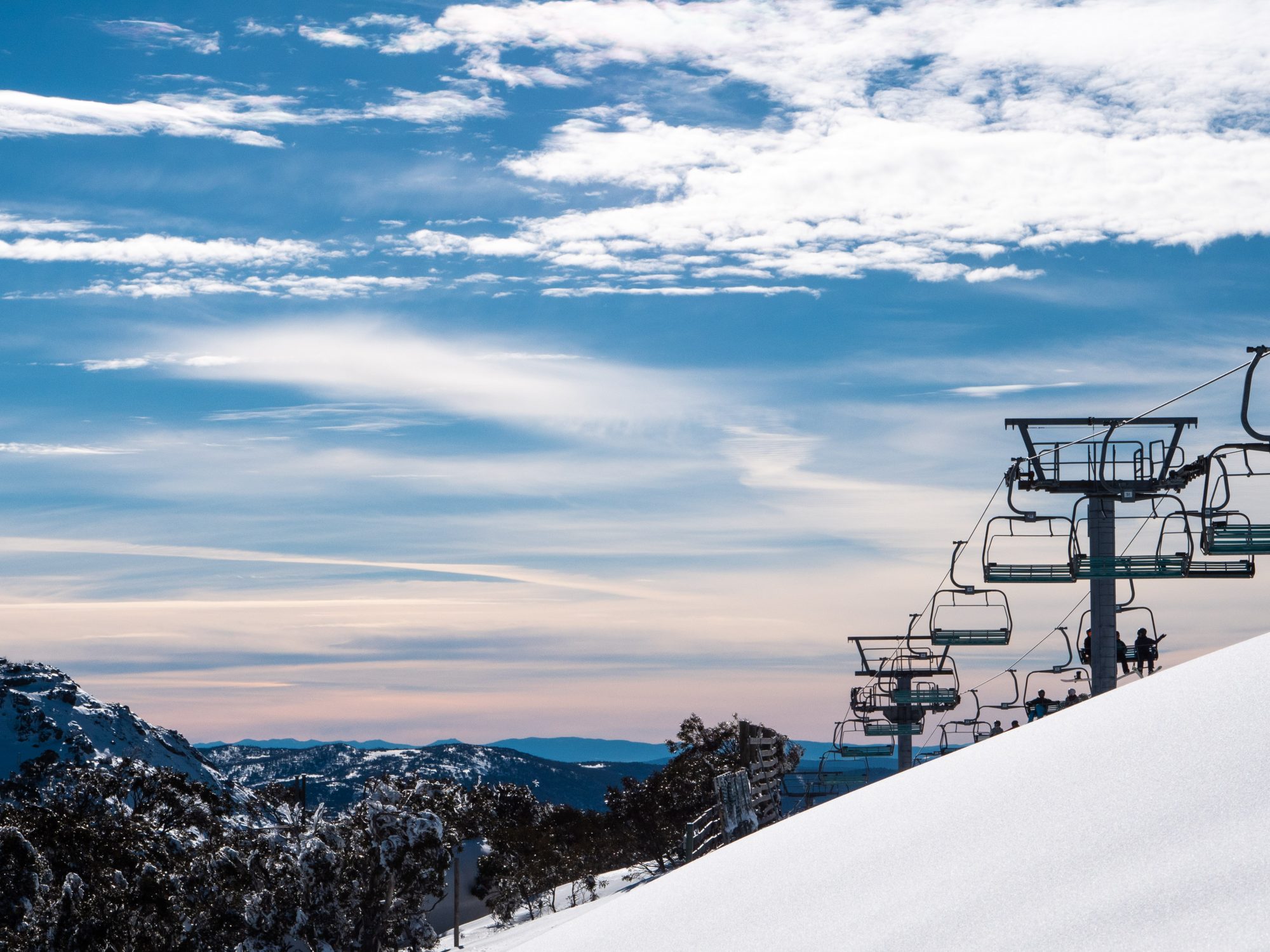 New Zealand is a different beast entirely. While the country may have more sheep than people, the collection of islands is well known for the stunning lakeside snow towns Wanaka and Queenstown. The winding roads up the hill are rugged and the mountains even more so. Most of New Zealand’s resorts are above the tree line, offering endless freeriding possibilities. New Zealand also boasts more average snowfall and also more vertical than Australia with 722m at Turoa on Mount Ruapehu.

New Zealand is the place for epic backcountry and steeps if you’re willing to earn your turns among the Southern Alps. If not, well it’s great for heli skiing and cat skiing too. You can also access the Tasman Glacier via snow plane for some leg burning 10km runs.

Click here to find out more about backcountry in New Zealand

For the jumpers and jibbers among us, New Zealand is also a winner with terrain parks. Cardrona is known for having the best with four different parks, including the Big Bucks Park that is the biggest in the Southern Hemisphere with jumps ranging from 50 to 70 feet. Cardrona is also home to the 22 foot Olympic Superpipe. 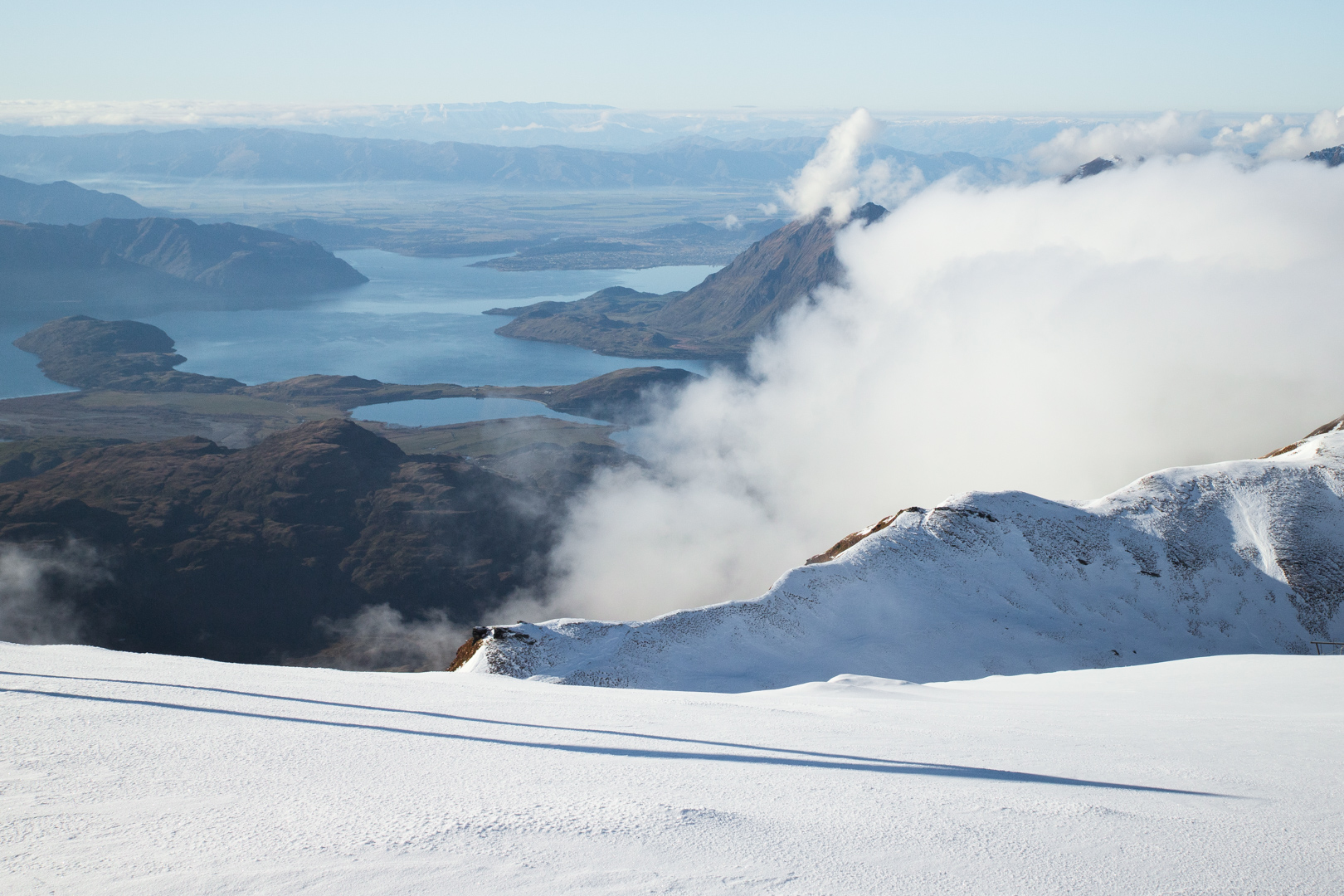 New Zealand is well known for its extreme sports and Queenstown is known as ‘The Adventure Capital of the World’. This town allows access to both The Remarkables and Coronet Peak snow resorts but if the weather has come in then you can still get an adrenaline rush with bungy jumping, jet boating, canyon swings, zip lines and skydiving.

If that wasn’t enough, the New Zealand mountains are quite frankly stunning. It’s no wonder The Lord of the Rings was filmed here as there are endless views and vistas. You might recognise a few spots around Queenstown and Cardrona as they were used as filming locations for the trilogy. Who wouldn’t want to ski in Middle-earth?

All Other Image Credits: Thredbo Media