Where’s Still Open to Ski or Snowboard in May 2019?

May is here but that’s no reason to pack away the skis or board if you want to keep on sliding.

There’s also been plenty of fresh snowfall on high slopes in the Alps, the Rockies, Western Canada and plenty of other ski regions in the last week.

Where’s open in May? 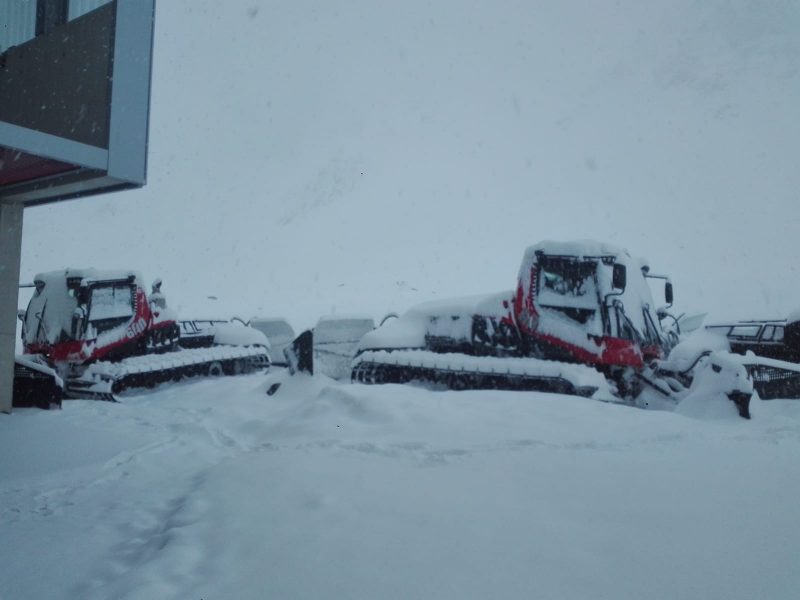 There was heavy snow in Austria over the last weekend of May with up to 50cm of fresh reported on the Hintertux and Stubai glaciers, both of which are open through May.

The Stubai (pictured above on April 29th and video below on May 1st) has the deepest base in the country at 6 metres (20 feet).

Also open right through the month is the Kitzsteinhorn glacier near Kaprun whilst the Kaunertal and Molltal glaciers stay open through the first two weekends of the month, closing on the 12th, the Pitztal and Solden glaciers only to the first weekend,  closing at the end of the ski day on Sunday, May 5th.

Kitzbuhel (pictured top) and Ischgl made it to May 1st, the former open since May for the longest season of a non-glacier ski area in the Alps.

The usual four ski areas are open in Western Canada with all centres in Quebec in the East believed now closed.

Lake Louise near Banff and Marmot Basin near Jasper, both in Alberta, are closing at the end of the day on Sunday May 5th.

Ruka has been open since early October and will post the longest non-glacier ski season in Europe when it closes on May 5th.  It used to stay open through to June but not anymore.

Levi, the country’s largest area, is also open to the 5th and both are forecast to see some fresh snow this first week of the month. 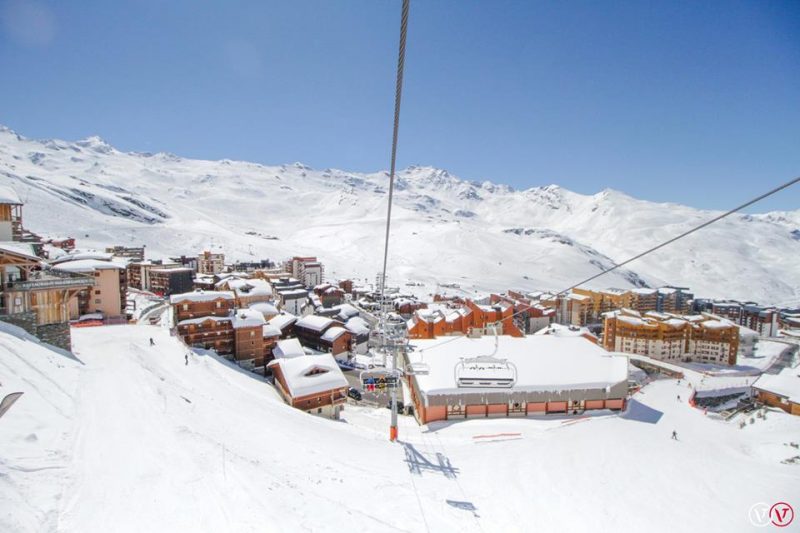 France is the only one of the big four Alpine ski nations with nowhere to ski after the first weekend of May so get there whilst you can!

Chamonix, Tignes and Val Thorens (pictured above after fresh snow last month) are still open at time of writing.

Tignes re-opens for summer skiing next month though, along with Les 2 Alpes and Val d’Isere.

There’s somewhere open almost every day of May in Italy, but just where is open changes through the month.

Three areas will close on Sunday: Monterosa (Currently open for freestylers only), Cervinia, and the Val Senales glacier.

The Presena glacier in Trentino which has the country’s deepest snow at 4.5 metres is open to the 19th however and then on the 25th the Stelvio Pass opens for summer skiing and boarding.

The 5th and 6th of may mark the end of the season for most ski areas in Japan, including Niseko, but one sprint and summer ski area that’s open from April to July each year is operating. Gassan reports a 9.5m base, the deepest in the world this year.

Shymbulak Mountain Resort is open to May 12th. 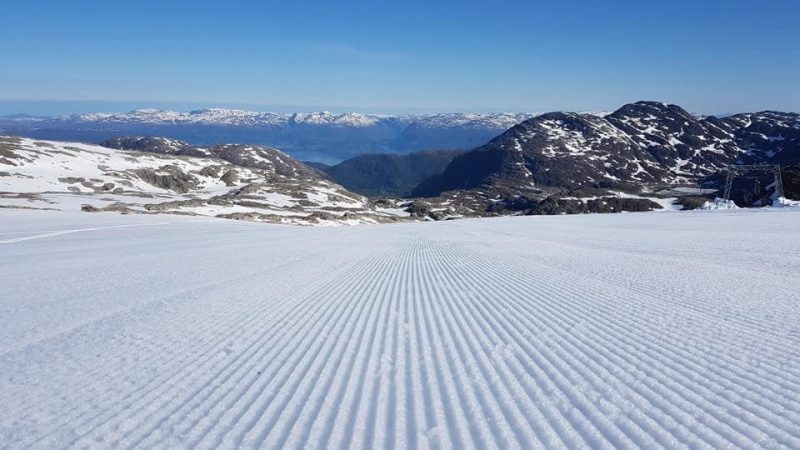 Norway is moving into full summer ski mode through May. Hemsedal is open to the 5th but the country’s three summer-only ski areas will be open by the end of the month.

Folgefonn already opened and has Europe’s second deepest base at 7.5 metres. It will be joined by Galdihoppigen on the 9th and finally the Stryn glacier at the end of the month.

Poland’s Zakopane ski area is open until Sunday, May 5th. 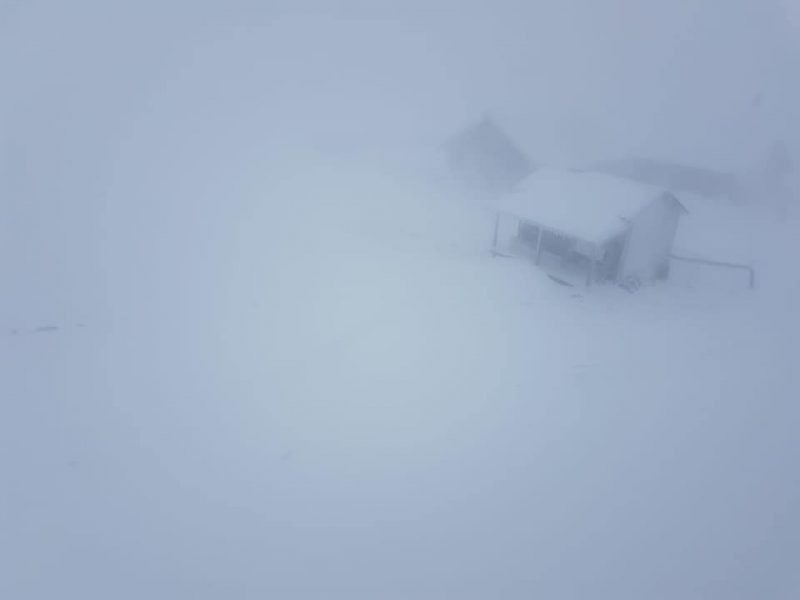 One of the biggest surprises of May 2019 skiing is how good conditions are at Portugal’s one area, Serra de Estrela, where a dozen runs are open after heavy late April snowfalls (pictured above).

Two ski areas are open in Slovenia until Sunday, May 5th – Kanin and Vogel.

Two Spanish areas, Masella in the Pyrenees and Sierra Nevada down on the south coast will stay open to Sunday, May 5th. 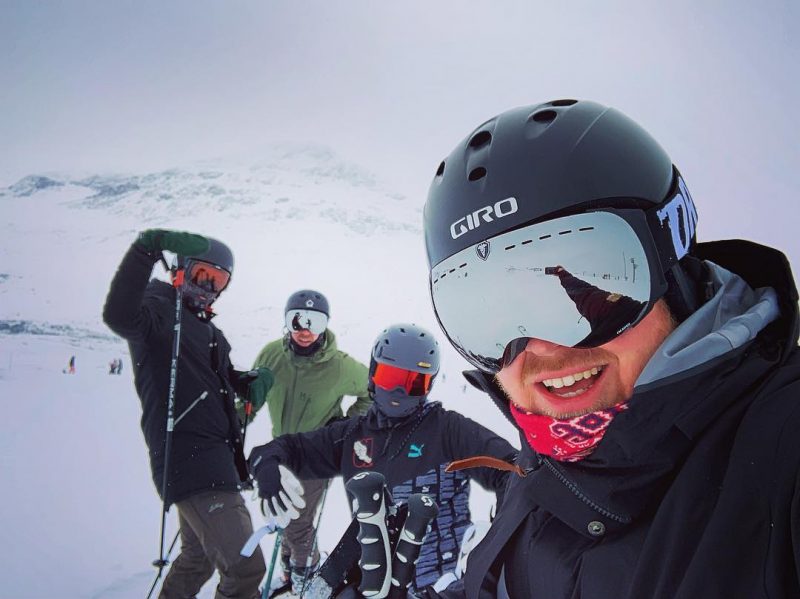 Sweden’s Bjorkliden is open to May 12th and spring skiing centre Riksgransen through the month into June, all being well. It currently has a 2.7 metre base and will offer skiing and boarding under the midnight sun later this month.

Zermatt is open year-round for snowsports of course and this year Engelberg, which has the deepest base in Europe at 7.8 metres after fresh snow in the past week, stays open to the last Sunday of May.

Gstaad’s Glacier 3000 and St Moritz’s Diavolezza glacier close on the 5th – as dopes Murren which is open for Telemarking only for its final weekend of the season – whilst the Andermatt Gemsstock ski area is open for the first three weekends of May.

The US has the most ski areas open of any country for the start of May with six areas: Alpental, Jay Peak, Loveland, Mt Hood Meadows, Sugarbush and Sugarloaf due to close after the first weekend and three more; Winter Park (Mary Jane slopes), Snowbird and Jay Peak a week later on the 12th.

Alpine Meadows in California should be open to the 19th; Mt Bachelor the 26th and Breckenridge and Heavenly the 27th whilst Arapahoe Basin (pictured above after fresh snow this week) and Killington aim be open into June and Mammoth and Squaw Valley will stay open to July.  Timberline on Mt Hood usually stays open right through spring and summer.

In addition, the Arizona Snowbowl and Donner Ski Ranch will open for weekend skiing for as long as conditions allow.

The Beartooth Basin summer ski area should open for its 2019 season around the last weekend of the month.

Where to Head for Spring Skiing in Europe

Why Stop? Where’s Still Open To Ski or Board Through May and June 2017