Since 1960 when Bollé launched its first ski goggles, the brand has continued its long-lasting tradition of supporting Excellence.

Excellence is certainly the right word, demonstrated again and again by the superb performances of some of the world’s best skiers, all of whom have Bollé in common.

Now, in an unprecedented winter season, this Excellence has been demonstrated once again by Alexis Pinturault. With a stunning victory last week at the FIS Ski World Cup in Lenzerheide, Switzerland, Pinturault took the Overall Crystal Globe for the very first time, also claiming the Giant Slalom Globe. It was quite the birthday present for the World Cup champion whose 30th birthday was on the very same day!

Exceptionally versatile, Alex Pinturault competes in Giant Slalom, Slalom and Super G. He is the most successful French skier in World Cup history with 34 victories and now becomes the first Frenchman to win the Overall Globe since Luc Alphand in 1997. Interestingly, Alphand was also a Bollé’ ski ambassador!

To celebrate his success story, Bollé has created “VISION” an exclusive documentary that takes fans behind the scenes of his amazing accomplishment. An absolute must see for all sports fans, the full length VISION documentary is available to watch now on YouTube.

Speaking about his victory, Alexis said:

“It was a very thrilling end of the season, with the ranking situation still very open, anything could have happened. Winning the last Giant Slalom race meant that I also won the Discipline Globe and Overall ranking. It was a fantastic day and on my birthday too.

“I want to thank my team and partners who support me in a great way – to Bollé for their great commitment, products and service. It has been a pleasure to wear and work with Bollé, a French brand rich in history who continuously innovate. They were with me every step of the way to achieve the Overall World Cup and have been with me for all these years.”

Understandably, Bollé have made clear how proud they are to have Alexis in their family and their close relationship has lead to Alexis regularly working with the brand.

Indeed, the creation of the Signature Series Nevada goggle is a perfect example of the Bollé team’s work with Alexis. Released in autumn 2019 and featuring Bollé’s most technical photochromic lens Phantom, it continues to be one of the brand’s best sellers. Alexis has competed for three full seasons wearing the Nevada goggle teamed with the Medalist Carbon Pro (Mips) helmet and for slalom the Mute (Mips) helmet. 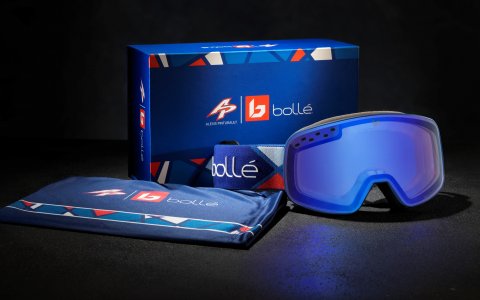 “Alexis is a perfectionist, every single detail matters to him, just like every one hundredth of a second when he races. Absolute focus is critical for Alexis, he constantly pushes his speed and boundaries while combining essential control and balance and at every stage of racing, his vision is absolutely paramount. It is truly inspirational to work with such a champion and Alexis powers us to continuously improve our products and our services. His feedback and comments are a tremendous help to our team” says Louis Cisti, Vice President of Marketing at Bollé Brands.

Alexis demonstrates that Bollé’s products offer more than a promise – they can really be trusted to perform at the very highest level and in the most challenging conditions. To experience ‘seeing like a champion’ Bollé created an industry first winter Augmented Reality ‘Try On & Try Out’ experience within Instagram, which not only lets users try on the Nevada goggle but also try out Phantom itself. To try the experience, simply click on the QR code below. 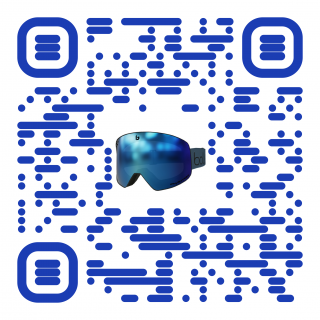 The Alexis Pinturault Signature Series Nevada goggle is available from stores and www.bolle.com with an RRP of £170.