It’s not often you find ski gear that really changes the game, but this winter, the Bollé RYFT helmet looks set to make waves in the ski world thanks to its revolutionary ventilation system.

With bigger and wider vents than traditional snow helmets, the RYFT defies the market’s standards. Its innovative Active Panel Ventilation system claims to allow an airflow never achieved before in a snow helmet, while still meeting the highest impact protection norms to keep you safe on the slopes.

This superior ventilation performance is completed in the RYFT helmet by Bollé’s Flow Tech Brim Venting system. This system allows the hot air contained in the goggles to be evacuated through the helmet’s vents, with rear vents guaranteeing the efficient extraction of air. 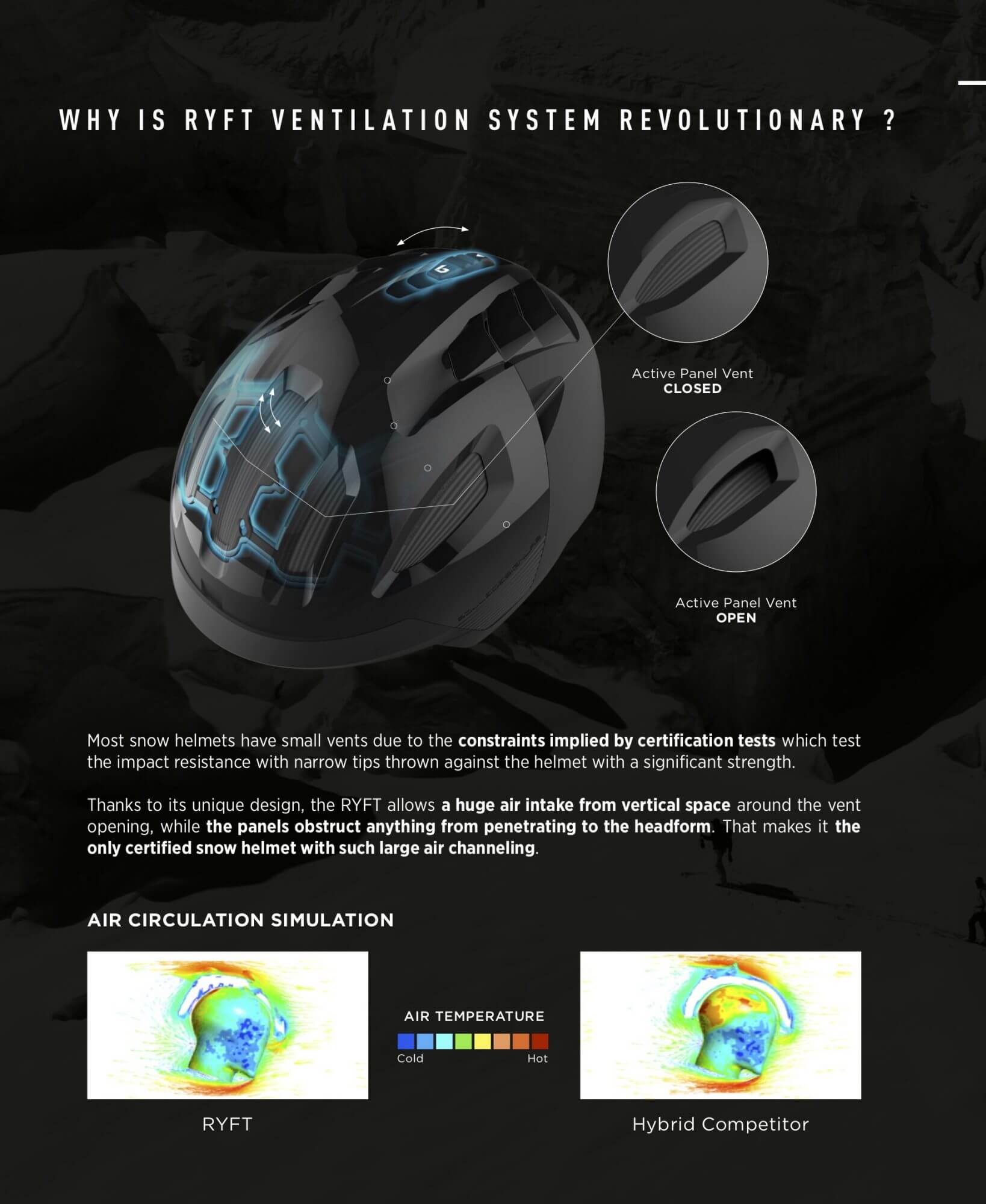 The Bollé team themselves are certainly excited about this launch, which is refreshing to see.

“This might be one of the projects we are the most proud of”, says Tove Fritzell, Bollé Director of Product & Innovation. “It takes hard work to revolutionize a market such as the snow helmet market, and when we see the interest that our helmet attracted during the past winter tradeshows, we can say that we did. Fun fact, even our supplier was over the moon for succeeding in making this helmet come to life”.

Ben Pritz, Bollé Head of Industrial Design & Engineering explains the benefits of the RYFT helmet further: “The current snow helmet competitive landscape is full of helmets with small vents. This is because of the EN1077B striker test. A 3kg metal spike meant to represent a tree branch or ski pole is dropped from 0.375m onto the helmet. If the spike penetrates to the head form, the helmet fails the certification test.

Traditional snow helmet sliders move to the side to open and close the vents (active ventilation). The RYFT hybrid ski helmet has unique ventilation system that allows for larger vent openings and increased airflow by having the slider translate normal to the exterior surface of the helmet shell.

ACTIVE PANEL VENTILATION allows for the entire perimeter of each front facing vent in the shell to open larger than traditional vents while still passing the EN1077B certification test. The top rear of the helmet has two large exhaust ports covered by slotted vents that open and close along with the front.

Finally, the helmet makes no compromise on fit and comfort thanks to BOA® Fit system, a NANOGYENE lining with antimicrobial properties, Fidlock magnetic buckles that ease the helmet’s locking process and a new intuitive goggles retainer system.

RYFT is available on bolle.com or at the brand’s official retailers. RRP £258. 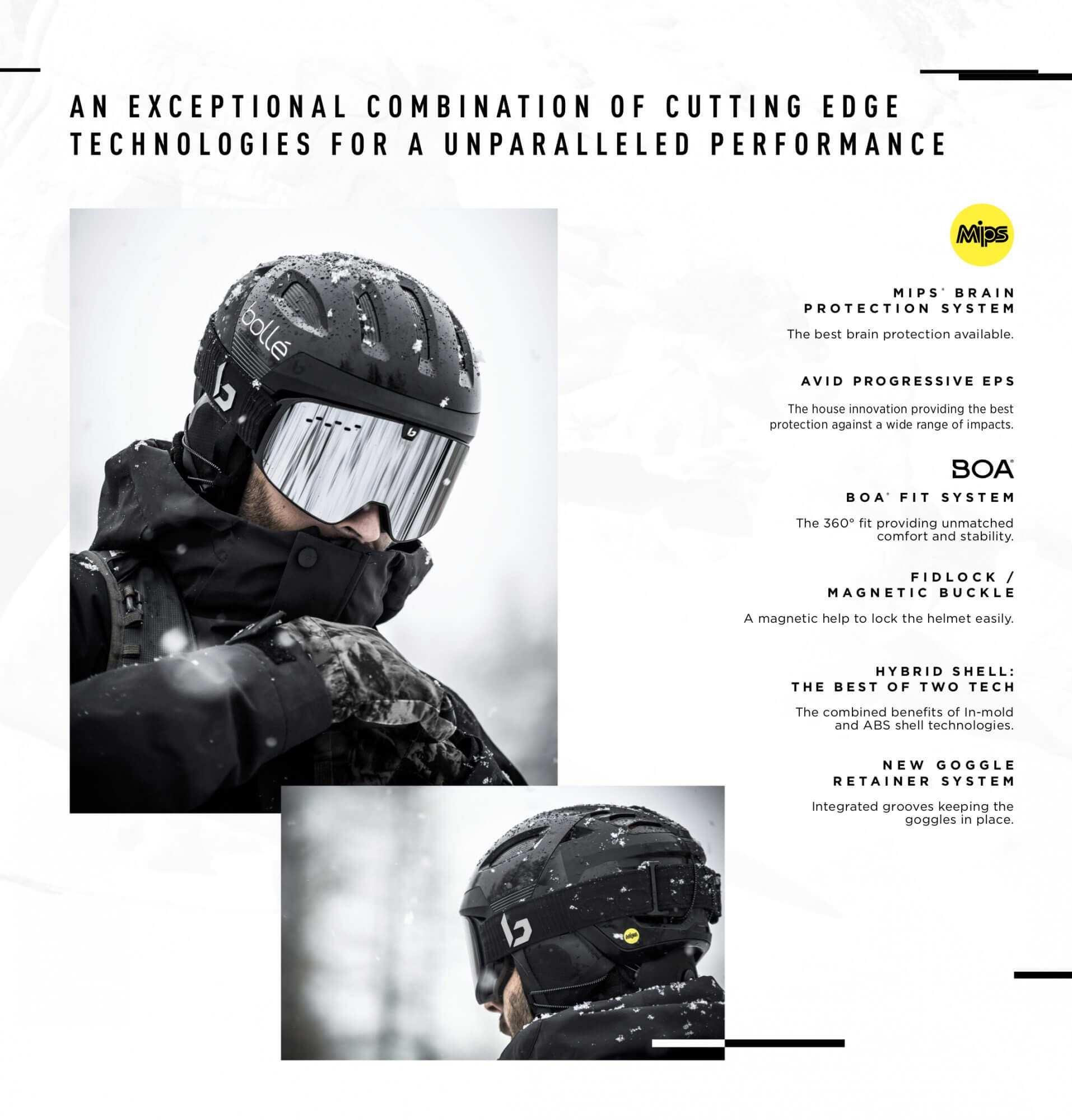