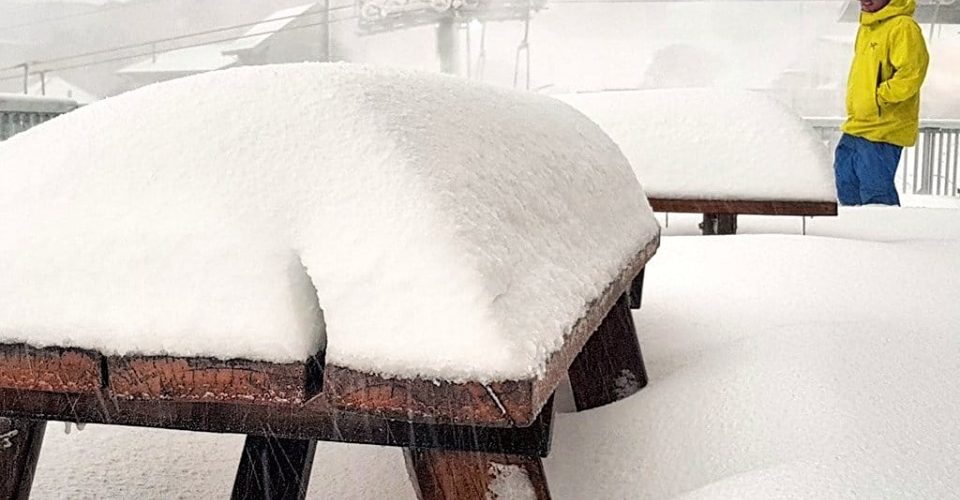 The southern hemisphere’s 2019 ski season will begin this Friday, May 31st, after Australian ski areas received a big pre-season snowfall this week.

The first areas that had been scheduled to open were in New Zealand, a day later on Saturday, June 1st, with Cardrona and Whakapapa opening some terrain.

However the Antarctic snowstorm that has so far deposited up to 65cm (two feet, two inches) of snow in 72 hours (at Mt Hotham, pictured top) and is still going, has led Australia’s largest area, Perisher, to announce it is opening a week earlier than planned.

“Front Valley will be open for skiing and boarding with the Village Eight Express making its 2019 debut, and for the beginners a carpet will be running too. …It’s looking like a winter to remember, with the best Early Opening conditions in years!” an online statement reads.

Another Australian area, Mt Buller, will also open early, and it plans to run its lifts free on Saturday, June 1st, to celebrate.

Sick of hitting F5 on the snowcams? We're OPENING EARLY this weekend with FREE skiing on Saturday! ??☃️

Australian areas traditionally open, snow or not, over the long weekend at the start of June which includes a public holiday in celebration of the Queen’s birthday on the Monday. This year that’s June 8-10.

It is possible other Australian areas may open early too and there’s also heavy snowfall at present in the Andes mountains in South America so a resort could potentially open early there too.

There are about 100 ski areas in the southern hemisphere compared to more than 6,000 north of the equator.  Most are located in Argentina, Australia, Chile and New Zealand although there are also several in southern Africa in Lesotho and South Africa where the ski season will begin next week.