Vegetarianism can be a hard nut to crack. For some, it might only require a couple of slight dietary changes to achieve, such as giving up gelatine or finding an alternative to fish sauce. For others, it involves a full re-evaluation of the self, followed by several disastrous attempts to recreate a funky lasagne from an online recipe, and finally concluding with a lot of crying and a bucket of KFC.

Fortunately, though, whereas once people trying to “go veggie” were forced to give up trying very hard when they headed to the Alps and were faced with an almost exclusively meat-based menu, that’s no longer the case. Vegetarian and indeed vegan options can be found served in most mountain restaurants, and tour operators like SkiBeat have gone so far as to offer special culinary-themed weeks including ‘Nut-free’, ‘Vegan’ and ‘Gluten-free’ in selected chalets in recent seasons. 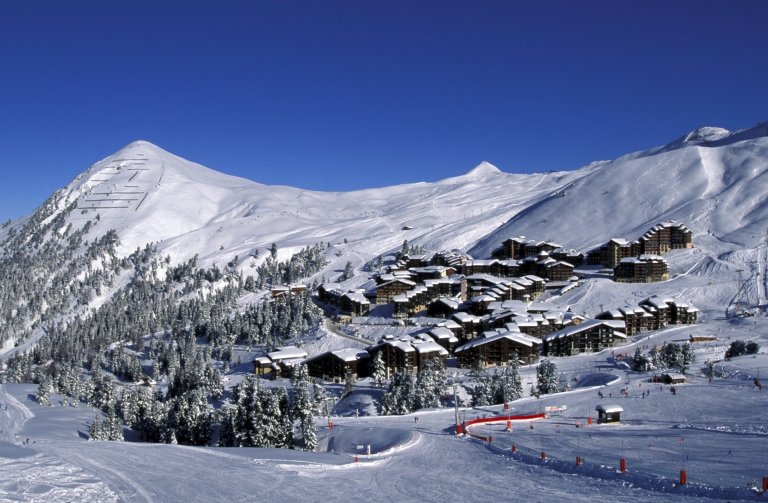 So it was I headed off to La Plagne in France with this Brighton-based group who have been arranging winter breaks for British skiers since the 1980s. They’ll fly you out, put you up in a cracking chalet, and have a host on hand to ensure that you are well looked after and expertly catered for. In recent years they’ve made ever greater efforts to cater for individual dietary requirements, organising special ski holiday weeks where only vegan, gluten-free or nut-free meals are served in selected chalets.

Not quite ready to go the “full vegan” I limbered up by having a few weeks of “flexitarianism” (being an occasional masticator of meat) before getting on the plane to France having bravely (I thought) ordered a full-blown vegetarian diet in my French chalet.

Fortunately, though, it turned out my new-found plant preferences were well catered for and my efforts to improve my health, save the planet, and save a few more animals from needless slaughter were fully supported by the SkiBeat team in resort. 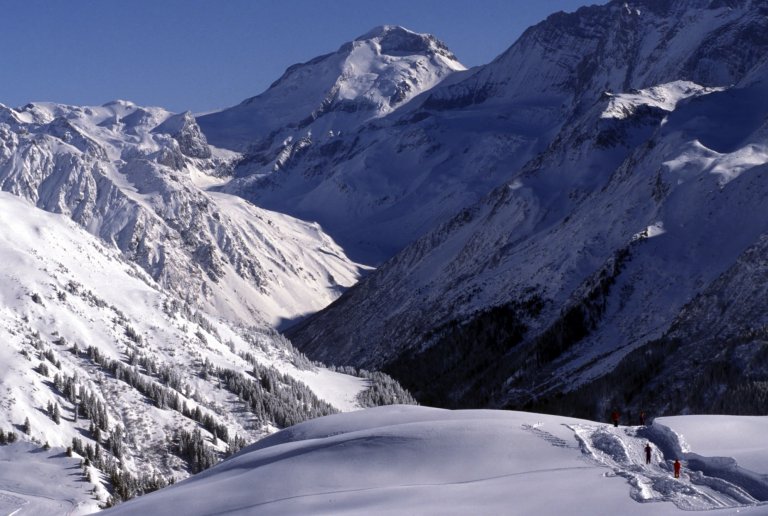 On arrival at my chalet for the week, I was met by the friendly hosts who immediately made a note of all dietary requirements and went on to ensure that something extremely tasty and filling while fully veggie was provided for breakfast, lunch and dinner each and every day.

For breakfast they have hot and cold options, and the hosts do a wonderful job of baking some vegan cakes for the more hardcore herbivores. If there is a particular ingredient that you are not too fond of (e.g. mushrooms in my case, which most people strangely choose to accept but which I know were obviously made by Satan to punish the wicked), you just mention it to your hosts and they find you some alternatives.

Of course, a good breakfast is important when you’re going to spend the day on the slopes, and nowhere is that more true than in the incredible ski area of La Plagne where the skiing seems to go on forever (though in fact it’s only one of the world’s three biggest areas, when you add on its link over to neighbouring Les Arcs to create the massive 400km+ Paradiski area, one of the world’s three biggest). I certainly skied hard and long all day and found that being fuelled up on that big veggie breakfast kept me moving without getting hungry. 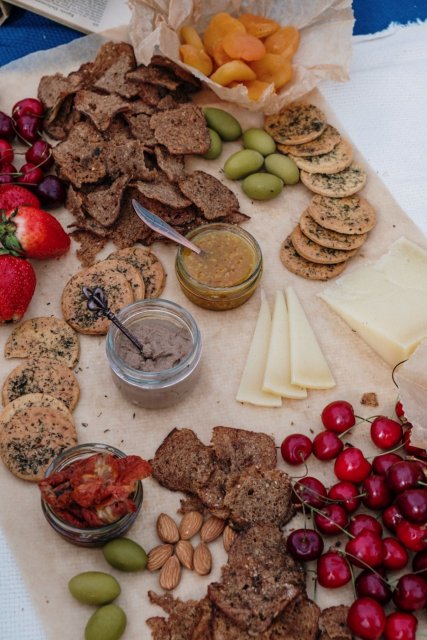 Cheese is the elephant in the room. Not that I’m seeing cheese elephants, but when in the French Alps, if you’re not vegan or at the more puritan “No animal fats” end of vegetarianism, you’re going to be eating a lot of cheese. In France, of course, disliking cheese is punishable by death via guillotine, so I made sure I ate quite a lot in the mountain restaurants. For the vegans who escape the blade, though, Ski Beat have also committed to providing food free from any animal products – a service they have been providing for more than four years now. Therefore if you are unable to find much food out on the mountain then at least you can expect to have your stomachs filled upon your weary return to your accommodation.

In short, travelling to France as a vegetarian may seem like the toughest of nuts, but in reality it no longer is. There are veggie and vegan options on almost every restaurant menu (other than the most hardcore carnivore emporium), and holiday companies like Ski Beat with friendly staff serving up fantastic veggie and vegan food, alongside meals made from animals if you still have old-fashioned carnivores in your party, to provide a 5★ winter break for all. 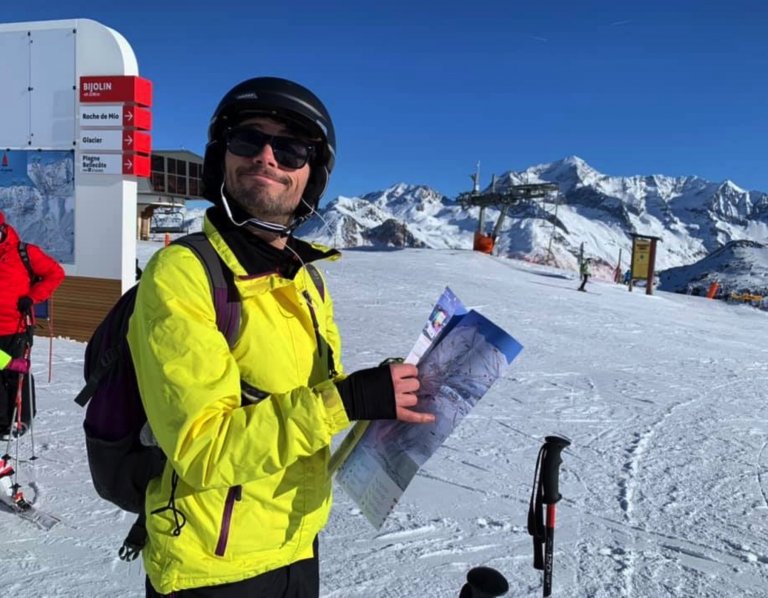 All this means that heading to the Alps you no longer have any excuse not to improve your health even more than just the exercise of skiing and boarding, by improving your diet, while simultaneously keeping an animal alive and doing your bit to save the planet. OK, it sounds a bit puritanical, but with the meals being a no brainer thanks to companies like SkiBeat it’s easy to feel better about yourself and to feel a bit smug that you’re doing the right thing, compared to everyone else. Well, except for the vegans.