The forecast late-September snowfall in the Alps is underway, with resorts posting pictures and video of snow landing down to around 1500 metres altitude.

There’s also fresh snowfall in the Dolomites, Pyrenees and up in Scandinavia as well as in Canada and in the southern hemisphere in Australia and New Zealand.

The snow in the Alps is being reported right across the mountains and is expected to continue through the weekend leaving some quite significant accumulations on higher slopes.

The pictures above and below are from La Rosiere in France this morning. 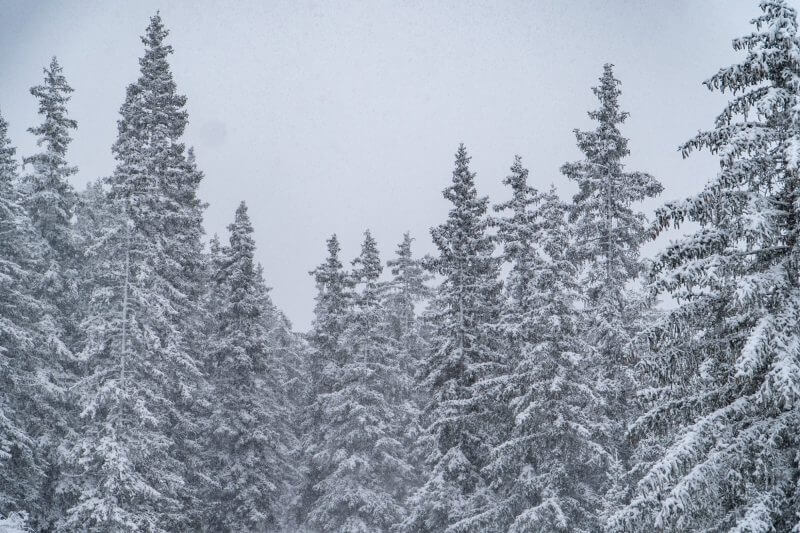 Six glacier ski areas are already open for the 20-21 ski season (Hintertux, Passo Stelvio, Pitztal, Saas Fee, Val Senales and Zermatt) and three more in Austria will join them this weekend with Kaunertal, Molltal and Solden all opening.

Snowfall has also been reported in the Pyrenees …here’s Spain’s Baqueira Beret this morning: 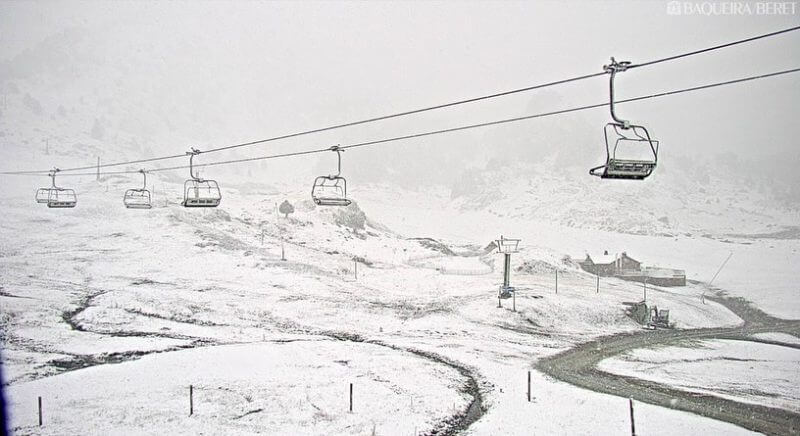 And up in Scandinavia where 15cm of fresh is waiting skiers on the still-open slopes of Norway’s Galdhoppigen summer ski centre: 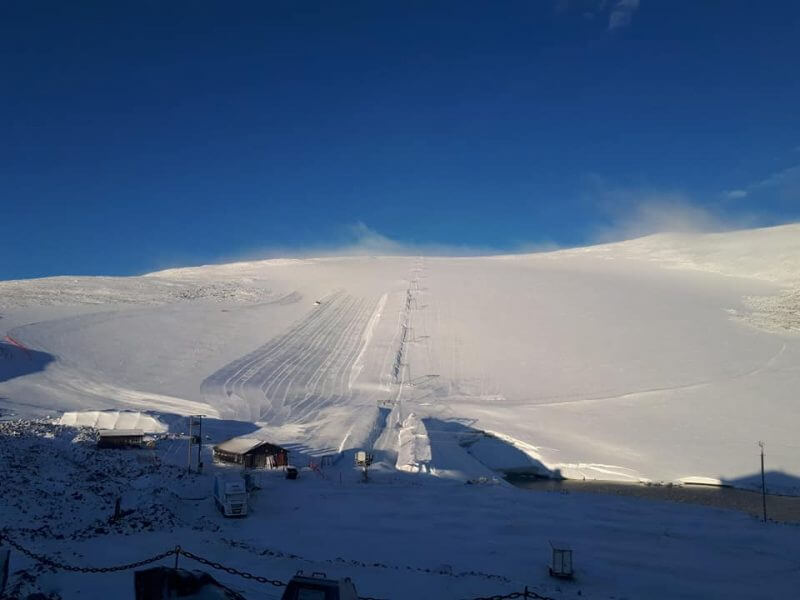 The French ski season is due to get underway at Tignes in a fortnight with Les 2 Alpes opening for the latter half of next month too, subject to snow and virus conditions.  Here’s Val Thorens, opening in two months, this morning. 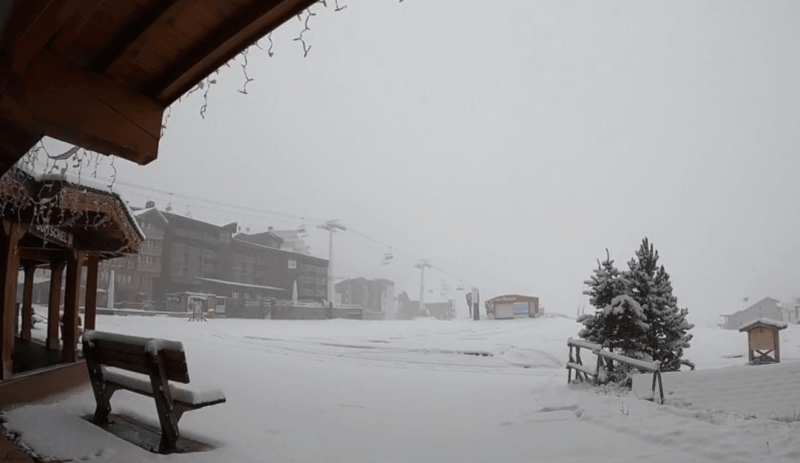 It has been snowing up high in northern parts of North America too. Kicking Horse in BC Canada posted images of snow at the top of their slopes on Wednesday. 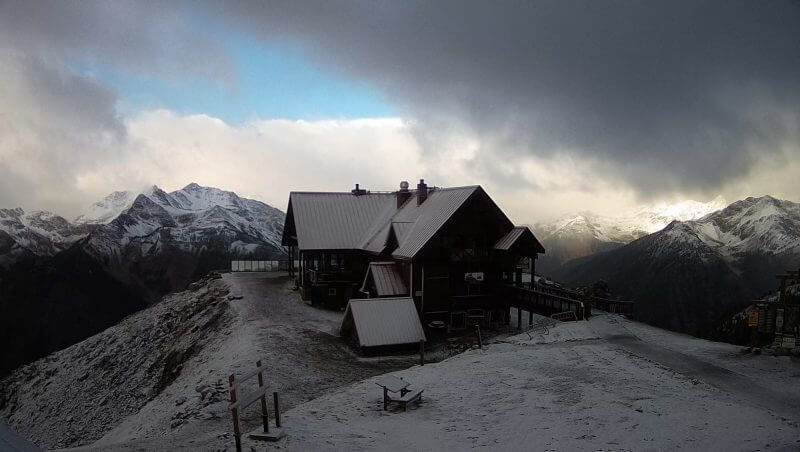 Snow has been falling on the other side of the world too.  Unfortunately most ski areas in Australia are closed, partly due to the virus, partly as the season is ending there, however up to 30cm (a foot) of snowfall has now been reported in the past 48 hour. Perisher, the country’s biggest resort is still open, but this picture is from closed Falls Creek. 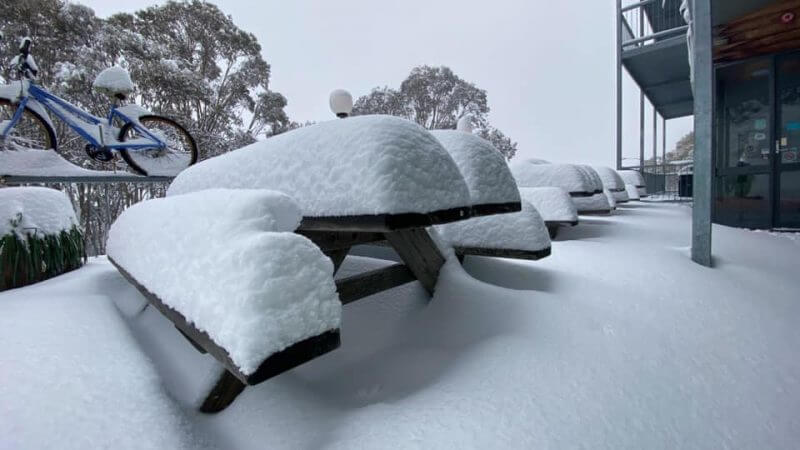 There’s also been a few centimetres of fresh snowfall in New Zealand, where resorts are largely still open and again operating without facemasks or social distancing required, with much more snowfall forecast this weekend.