A Scottish skier has overcome numerous obstacles to make some turns on Scottish snow every month of the year for ten straight years.

Helen Rennie began her mission, then aged 55, in 2009 when recovering from cancer. That was a particularly snowy winter and Helen found it easy to find snow to ski through 2010.

Since then she has just kept going, sometimes hiking for miles to find a small patch of surviving snow to ski in late summer.

But with the past month looking like all remaining snow patches from last season might disappear,  now 65 year old Helen was hoping for new snow and on the 2nd of October her wish was granted, and there was just enough to make some turns below the summit of Cairngorm, pictured below. 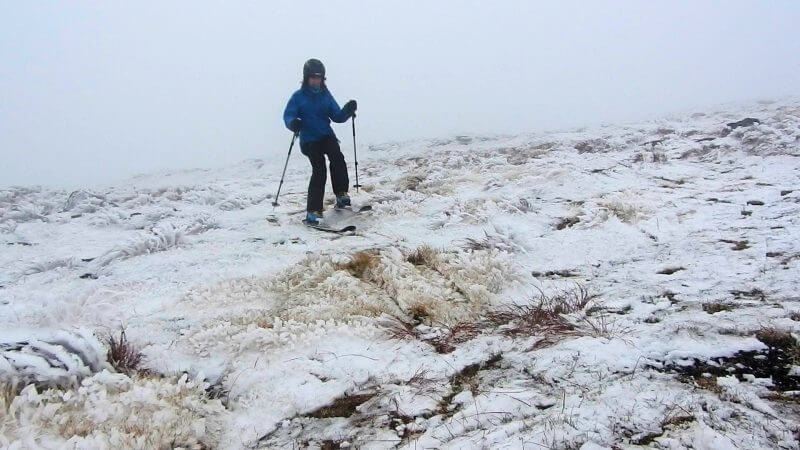 The previous month she had hiked 6 miles to a patch at Aonach Beag accessed primarily by the gondola at Nevis Range.

“Way back in Nov 2009, I headed up Cairngorm to enjoy the first day of the snow sports season, never for a moment imagining that day would be the start of a record breaking achievement. It was an epic ski season and snow lay in the mountains throughout the summer, so I decided to try to ski for twelve consecutive months by hiking up to the remaining snow patches- and then it just kind of snowballed!”

Helen has found snow in the Cairngorms every month except for September 2013, 2017 and 2019, when she had to ski a snow patch at Aonach Beag by Nevis Range to keep the run going.  However the number of permanent snow patches in Scotland are diminishing fast.

Recent years have proved problematic with the number of formerly ‘permanent’ snow patches in Scotland diminishing, but there was a thin coating of fresh snow on Cairngorm for her 120th month this week.

Helen is pictured below with daughter Yvonne on the day of her 120th monthly ski run this week. 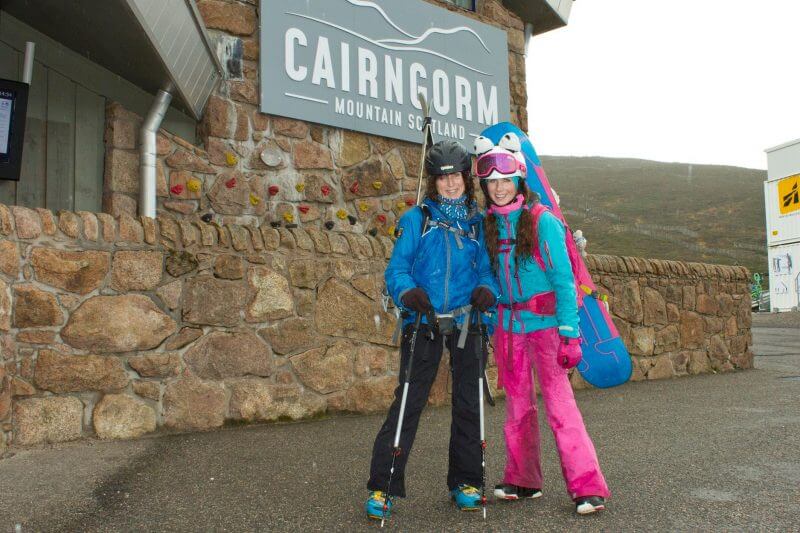 October Snow in Scotland (From Machines and The Sky)