Scotland’s five Highland ski centres are set to offer the best snow conditions and the most terrain open of the season so far over the next few days.

UPDATE THURSDAY 13 FEBRUARY:
Conditions are indeed reported to be the best of the season so far, with fresh snoa and more than half of the country’s 100+ ski runs open. This picture from Glenshee taken yesterday afternoon… 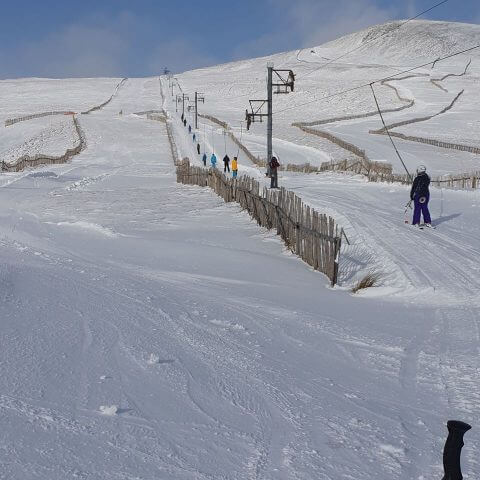 The centres have been battered by Storm Ciara since the weekend, with most closed by strong winds which made it unsafe for lifts to operate. Access roads to some of the centres were also blocked by snow at times.

However the winds have now eased and the resorts are reporting the best snow conditions of the season so far, with apparently good timing just before the main February half term holiday week.

Nevis Range in the West say there’s “a lot of snow on the mountain” but they, like the other centres, are assessing what they can open, and how soon, and ask skiers and boarders to check the latest status before travelling.

❄️❄️❄️Wow, that is a lot of snow! Mikey is doing a great job on the groomer today! ❄️❄️❄️ #NevisRange #FortWilliam nevisrange.co.uk Windy conditions are forecast with calmer conditions expected from Wednesday. Please continue to check our mountain report and social media for updates on the conditions! nevisrange.co.uk/mountain-report/

Glenshee (below) in the East say they expect to have Claybokie, Butcharts Access, Plastic, Baddoch Chairlift (wind permitting) Dink Dink and Rope Tow running but fear access roads will initially be closed first thing Wednesday. The Lecht also reported roads closed by snow on either side of it on Tuesday evening. Glencoe is pictured top.

There have been some good snowfalls on Scotland’s hills up to now, but there have been frequent periods of warm weather with temperatures well above freezing too, so most snow that has fallen has melted away fast, making it difficult for bases to build.

This time however the forecast for the weekend is for low temperatures and more snow. 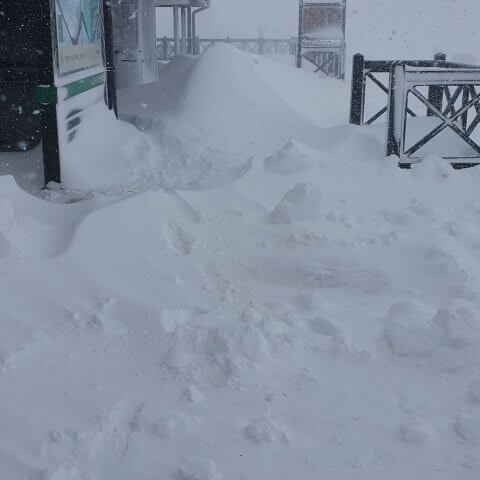