Life used to be a lot easier. We used to see the stats published by the world’s ski regions, and it was pretty clear that with 600km of slopes, Les 3 Vallées in France was the world’s biggest area, and it was fairly easy to put together a top 10 of next biggest beneath it.

True North American ski areas measured their dimensions by slope area, not length, which made comparison a bit difficult across the Atlantic. Plus the boundaries of ski areas have different meanings in the Alps to the Rockies.

there was the question of whether an area where you needed to jump on a bus for five minutes to make a key connection between one part and the other was really a complete area or not. If you did include them, Italy’s Dolomiti Superski with 1,200km of slopes was usually counted as the biggest on one ticket.

However, over the past decade or so things have become more complicated. Tech advances and business partnerships mean there are now ways of buying passes that are valid at dozens of ski areas, together covering thousands of kilometres of piste. Do you count them?

someone pointed out that it was a little odd that a ski area that had said it had 600km of slopes 40 years ago, and over the decades since had each winter said it was adding new runs, a few kilometres more each season, was still saying they all still added up to 600km four decades later (the unofficial answer to that by the way was that the number had become a kind of trademark and was no longer intended to be a precise measurement).

someone else said, “Well, they might potentially have 500km of slopes but they don’t often have everything open,” and indeed in December the Zermatt-Cervinia area was claiming to have the biggest area open in Europe, although in stats terms it’s not quite in the top five, and in the USA it was a similar story for Mammoth Mountain, which has less terrain than Whistler or Park City but had better early-season snow this season so could actually open more than them through Christmas.

finally somebody questioned whether it really mattered how big a ski area was if you were quite happy with a few dozen runs or couldn’t actually ski the whole area in your week’s holiday anyway.

So with that rather long preamble, and the proviso that these are the official stats rather than those Mr Schrahe has measured (you can download his official list free of charge at pistelength.com if you’re interested), here is the list of the biggest areas for 2020.

For some reason, despite all of the above, we’re still fascinated:

Including Courchevel, Méribel, Les Menuires and Val Thorens … pretty much the undisputed number one by all measures, even Mr Schrahe’s (though he has a different kilometres total). 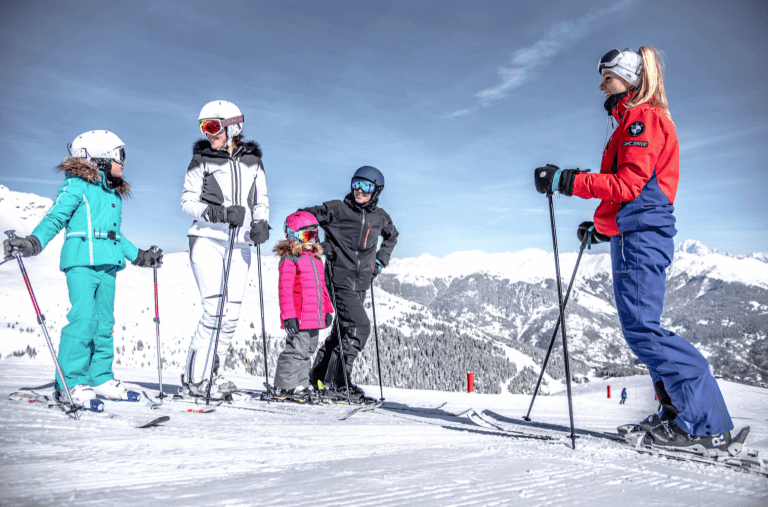 Including Val Gardena, Arabba, Val di Fassa and Alta Badia. An unofficial measure based on valleys linked up around the Sellaronda, all part of the Dolomiti Superski pass. 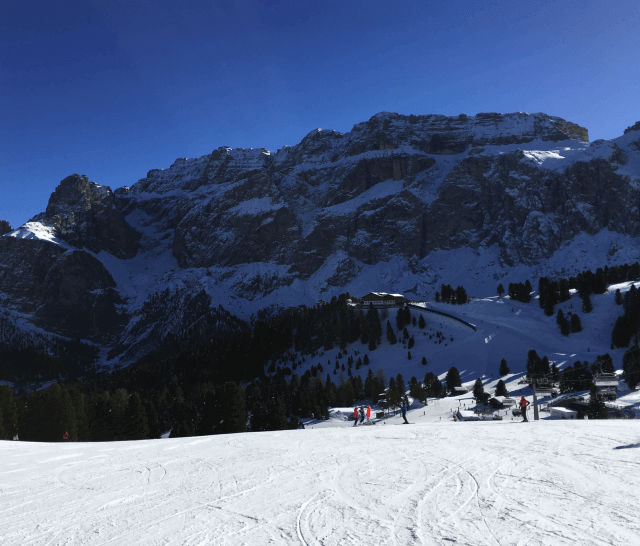 Including the already huge individual ski areas of La Plagne and Les Arcs which have been linked for more than a decade by the impressive Vanoise express double-decker cable car crossing the valley between them. 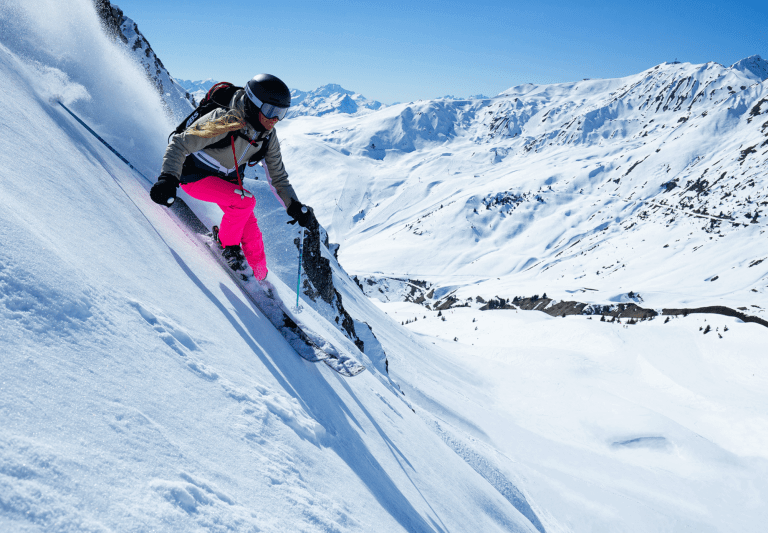 Including Verbier and Nendaz – one of the world’s cult favourites; it announces it will “split up” (with the different lift companies offering separate passes) every few years but so far has stayed intact.

Linking 2006 Winter Olympic venues like Sauze d’Oulx and Sestriere with Montgenèvre over the French border.

Linking Zermatt and Cervinia and as mentioned above, claiming to have the biggest area open in Europe (and probably that means the world) at the start and end of the season. Also getting bigger (see below).

New in for winter 2019/20 and not officially counted by the resorts concerned, a piste from Saalbach down to the base of a new gondola that lifts you up to Zell am See’s ski area creates the new biggest ski area in Austria, overtaking the current largest area, which is the Arlberg around St Anton and Lech Zürs, with 305km of runs. Mr Schrahe says this is a connected area and has put the combined piste length at 345km, making it the fourth biggest in the world by his accurate measuring system, behind Les 3 Vallées, Paradiski and Sellaronda/Marmolada. However, skiers do need to take a short bus ride travelling in the other direction from Zell back to the Saalbach, and this is one reason the region is not yet claiming an official combined area stat and the biggest-in-Austria title.

As mentioned under Saalbach, above, the former largest or still the largest ski area in Austria, depending on your point of view. St Anton and Lech are its best-known resorts. 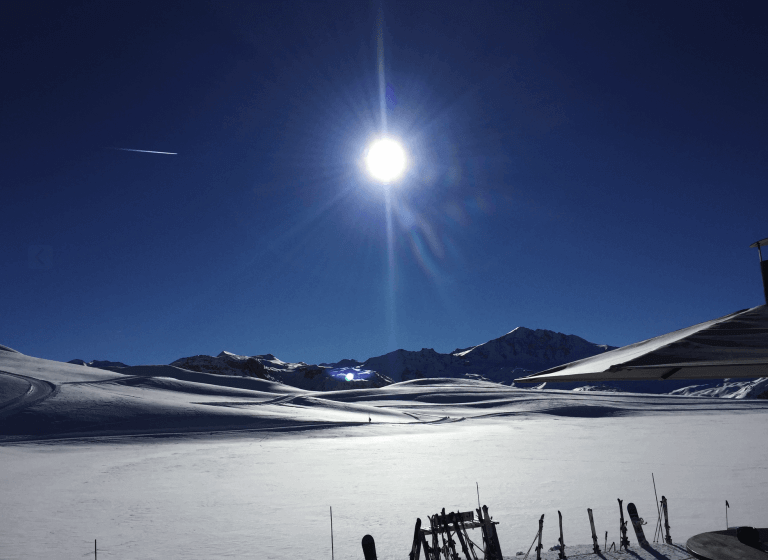 The Portes du Soleil currently claims 600km of runs (it formerly claimed 650km) spread across the French–Swiss border. In many respects it can fairly claim to be one of the world’s biggest and best ski regions, but some sectors require a bus connection so for the sake of this particular way of looking at big ski regions, which excludes bus connections, it isn’t quite there.

That said it is likely that the biggest lift-linked sector within the full Portes du Soleil is, on its own, in the world’s top 10.  A bit like the Sella Ronda within Dolomiti Superski. But the area does not publish a breakdown of individual sector sizes within it.  Mr Schrahe has it in seventh place in the world for it’s largest linked sector.

Kitzbühel and the Austrian SkiWelt’s ski areas are also included on one pass and separated by a short bus ride; together they add up to more than 400km of piste. Some argue that if you are going to include the new Zell am See–Saalbach connection with its one-way bus trip needed in one direction, you ought to include this too.

Mr Schrahe has Whistler Blackcomb in Canada and Park City in the USA in the world top 10 by measuring their trail lengths (for which there are no official stats).

There are others that might be included if you are happy to allow for short bus links.

There are a number of projects that may create new top 10 entries during the 2020s. They include plans to lift-link the ski areas of Alpe d’Huez and Les 2 Alpes in the southern French Alps, which have been mooted for years but seem to be finally happening and have the potential to create a world top-five ski area.

There are also plans to expand the Zermatt-Cervinia ski area further into Italy’s Aosta Valley to potentially create the biggest ski area in the world, as well as one of the most snow-sure. These appear to be progressing although another proposed link to Swiss neighbour Saas-Fee seems to have stalled.