There’s absolutely no better way to start off a new year than on the slopes, so why not head out to a ski resort this New Year? Let us provide you with our ultimate hit list of where to ski over new year in Europe this winter.

Where to Ski Over New Year in France

New Years Eve in Tignes is a night like no other, and the best part? It won’t cost you a penny! Le Lac is transformed into an open air night club, with DJs, fireworks and a MASSIVE countdown when midnight gets closer. It’s always one of the funnest nights in the Alps and it helps that when you wake up the next morning, you’re in one of Europe’s best ski areas! The Espace Killy ski area offers a lot of options for skiers of all levels, and is particularly impressive in terms of off piste and freeriding potential. If you’re looking for a New Years break to really make the most of the snow and explore the mountain, Tignes is a great option. There’s also a lot of choice when it comes to accommodation in Tignes; from catered chalets to self-catered apartments, there’s something for everyone here.

Where to Ski Over New Year in Austria

St. Anton offers some serious joy for those that like to venture off piste. With over 200km of marked off piste trails in addition to the 350km of groomed pistes, this is a ski area that you will never get bored of! With the addition of 3 new gondolas last year to link St. Anton easily to Lech and Zurs, the Arlberg ski area is now the largest linked area in Austria and was recently voted Resort of the Year. 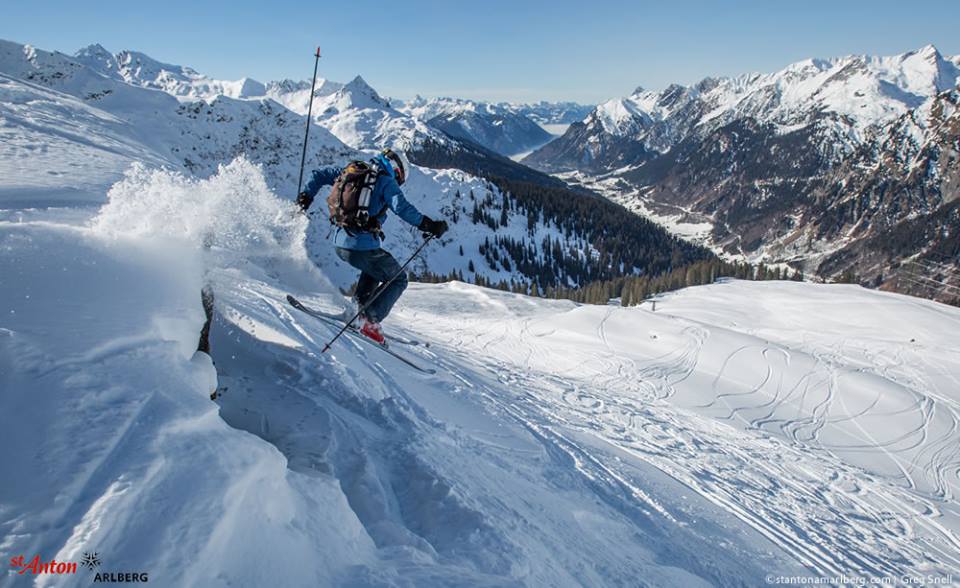 If you do want a break from the slopes, St. Anton is famous for its crazy après scene. The Krazy Kangaruh, Moosewirt and Taps (to name but a few) are all located on the blue run back down into the centre of the resort and are always buzzing. What a better way to spend the last day of the year than dancing on a table in your ski boots?!

On New Years Eve, there’s a street party for the countdown in the centre of town, followed by a light display that seems almost endless. St. Anton’s legendary nightlife really gets its chance to shine on this night as well, with most bars and clubs open until the early hours.

Where to Ski Over New Year in Switzerland

If you want a really special getaway to see in the new year, why not think about the beautiful resort of Verbier? You’re pretty much guaranteed decent snow here, thanks to a combination of a high altitude location alongside a large amount of snow machines on the lower slopes.

Verbier is an extremely popular resort all season long and is a firm favourite of many keen skiers. The ski area is vast and offers a lot of fun for the intermediate to advanced skiers – get the 4 Valleys pass and you’ll have access to an incredible 412km of piste! However, for beginners it may be a bit more tricky as it doesn’t have the most to offer in terms of gentle terrains. It’s definitely a better destination for those skiers who like to cover a lot of ground. 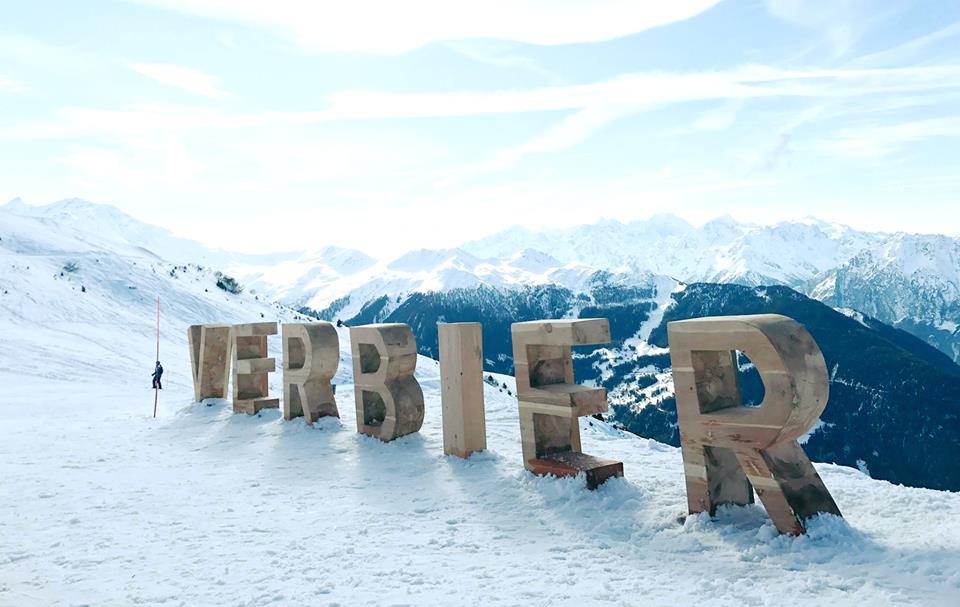 The town is absolutely gorgeous and has a lot to offer in terms of nightlife for the New Year celebrations. Everyone heads to the centre of town for a traditional countdown, after which there is an amazing fireworks display. A New Years Eve break in Verbier will set you back a few bob, but it will most definitely be worth it!

Where to Ski Over New Year in Italy

A lovely little resort, Sauze D’Oulx has great snow, a great ski area, good food and a beautiful town centre, making it an ideal New Years holiday location. What we love about this resort is that it’s also brilliant when it comes to value for money, particularly in peak weeks such as New Year. It’s great for groups who are on more of a budget and want a cheap, cheerful New Years getaway. You won’t find yourself paying extortionate fares for food and drink on the mountain, meaning you’re left with more money to book your next ski trip!

Sauze D’Oulx gets a lot of sun, which is ideal in the colder months of December and January, and is located in a great ski area of over 400km of piste. Italian skiing is almost unparalleled in terms of beauty, with tree lined runs that seem like they belong on post cards. In terms of nightlife, Italy is often not the first place that comes to mind – most people would think of the larger resorts in France or Austria. However, Sauze D’Oulx has a lot to offer in this department! It’s one of Italy’s best resorts for those who like to party, with many bars and clubs that will stay open until the early hours of the new year.

Where to Ski Over New Year in Andorra

Another one that’s great for groups with a budget, Pas de la Casa does New Years Eve extremely well. A bustling, energetic resort, Pas de la Casa loves a party, and your wallet will love Pas de la Casa. Drinks are very cheap here, with most bars and clubs staying open until about 5am so you can really make the most of the prices. New Years Eve is always a lot of fun, with all the bars putting on special events and deals. 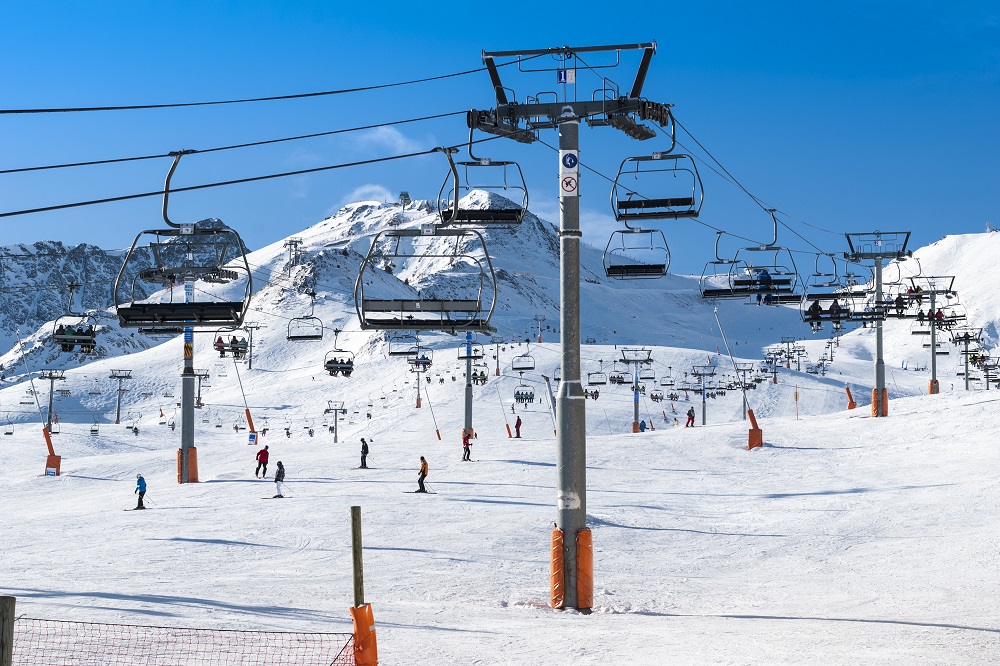 What’s great about Pas de la Casa is that it has a lot to offer in addition to its incredible skiing. You can make the most of the low tax charges and pick up some late Christmas presents for yourself, or think about spending a day or two in Barcelona to see in January after a week on the piste.

So there you have it – our top pick for New Years in the mountains! Where are you thinking about going this year?

Where To Ski or Snowboard in August 2018?