New Routes To the Resorts this Winter

Every year the airlines announce what appears to be ever more flight routes between British airports and ski hubs in the Alps and elsewhere in Europe.

They don’t tend to make such a song and dance about it when they drop routes though, so it’s sometimes difficult to tell what’s really new and what’s one airline taking over another airline’s old route.

Sometimes things do make it into local papers. easyJet is cutting back on its Southampton to Geneva route a little, the Southern Daily Echo reports, for example, cutting the Tuesday service outside peak holidays although maintaining Thursday and Sunday services. Embattled Flybe was also revealed by Wales Online to be cutting services to Munich, Verona and Venice this winter from Cardiff, although maintaining services to Chambéry and Geneva.

Well, whatever the truth of it, airlines are telling us there are, between them, dozens of new ski routes between them this winter and we even have a completely new airport to fly into as well in Scandinavia. But for those who do want to travel by train, we also have new rail options to report too. 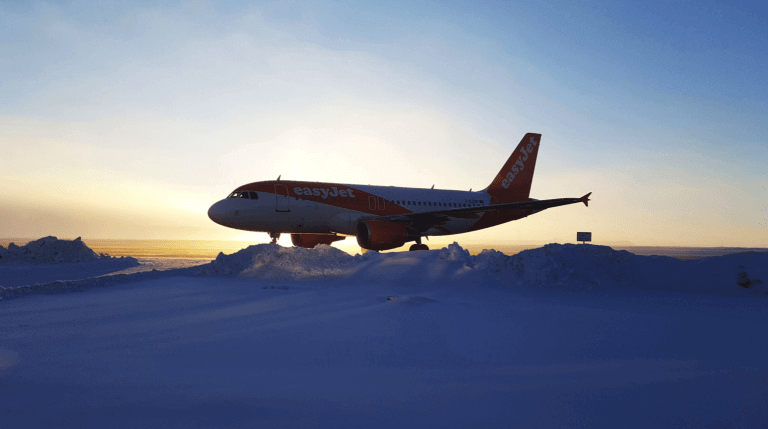 Innsbruck continues to see a growth in services, it seems, with Jet2 announcing three new routes from Birmingham, London Stansted and Manchester.

Grenoble, great for the southern Alps and resorts including Alpe d’Huez and Les 2 Alpes, is also seeing growth with new routes from Bristol with Ryanair (operating 11 January to 28 March) and with Jet2 from East Midlands. There’s also a new TUI flight route from Edinburgh to Toulouse which was previously operated on a third-party carrier.

There’s a new service to Turin from Bristol with Ryanair, and although they may have lost the Cardiff service there are two new routes to Verona, one from Manchester with Jet2, the other from Edinburgh with easyJet. BA have also launched a service to Milan Bergamo.

Finnair have a new service from London to Hokkaido, changing planes in Helsinki. They say this will cut a couple of hours off the traditional route, which involves a plane change in Tokyo then a flight to Japan’s northern island.

A whole new airport has opened with much fanfare up on the Sweden/Norway border, and one of the first countries to announce services to it is England, with a 6.40am flight on Saturday mornings with Scandinavian Airlines (SAS). The Scandinavian Mountains Airport is located only 10 minutes from the Swedish resort of Sälen and 40 minutes from Norway’s Trysil. 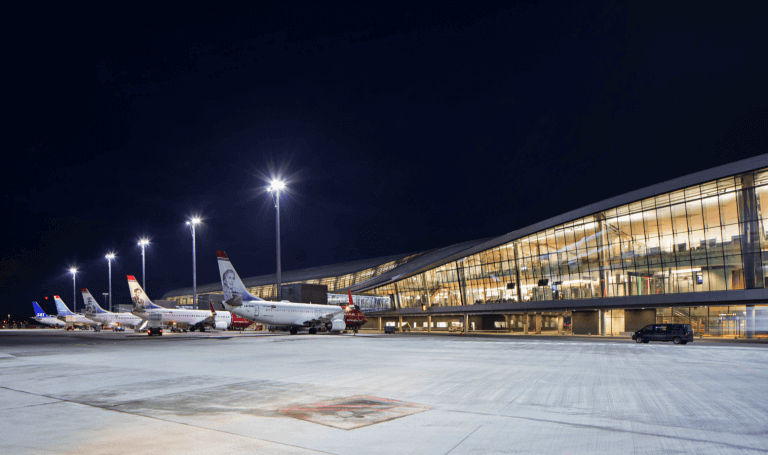 New Rail Options To The Alps Too

But should we be flying so much?

As most of the CO2 generated by our ski holidays comes from the flight, and as ski resorts are increasingly switching to green energy, it seems a bit odd in this “climate emergency” that we’re apparently flying more and more.

Ski industry media and marketing man Iain Martin has just set up a new site “SkiFlightFree.org” to encourage skiers to fly less or not at all, and there are great sites like SnowCarbon.co.uk providing detailed information and expert advice on all the different ways to reach your ski destination by rail.

Among new rail options for 2019/20 is a fast new service to the French Alps from Belgium, itself accessible by Eurostar from the UK. One enticing feature of this service is that there is apparently a ski rental service on board so you can get skis and boots fitted on the train, genius! Of course there is a direct service from London to the French Alps too (but without the gear-fitting service), so you’d really want to have a Brussels stopover en route.

In addition the Tirol Tourist Board say that skiers can slash their carbon footprint and get extra days on the slopes with a new route to the Austrian Tirol this winter.

Daniel Elkan of Snowcarbon says: “The Alpen Express has a variety of quality couchette accommodation and a bar-disco on board. It’s a fantastic way to reach superb Tirolean ski terrain and a real step forward for sustainable travel to the slopes, making the journey part of the holiday.”