It’s a busy first weekend of May on the slopes at the 50 or so ski areas still operating their 2018-19 ski seasons.

Plenty of skiers and boarders were out on the snow in Star Wars costumes on Saturday to celebrate ” May The Fourth Be With You “, the unofficial Star Wars day, and then a number of ski areas in Spanish locations, or with Spanish connections, celebrated “Cinco de Mayo” on Sunday.

To add to the fun up to 40cm of fresh snow was reported on glaciers in the Alps, with the snow falling down to low elevations too.

Hintertux (opened for snowsports year round) is pictured below this morning, Arapahoe Basin in Colorado (open to June 2nd) above. 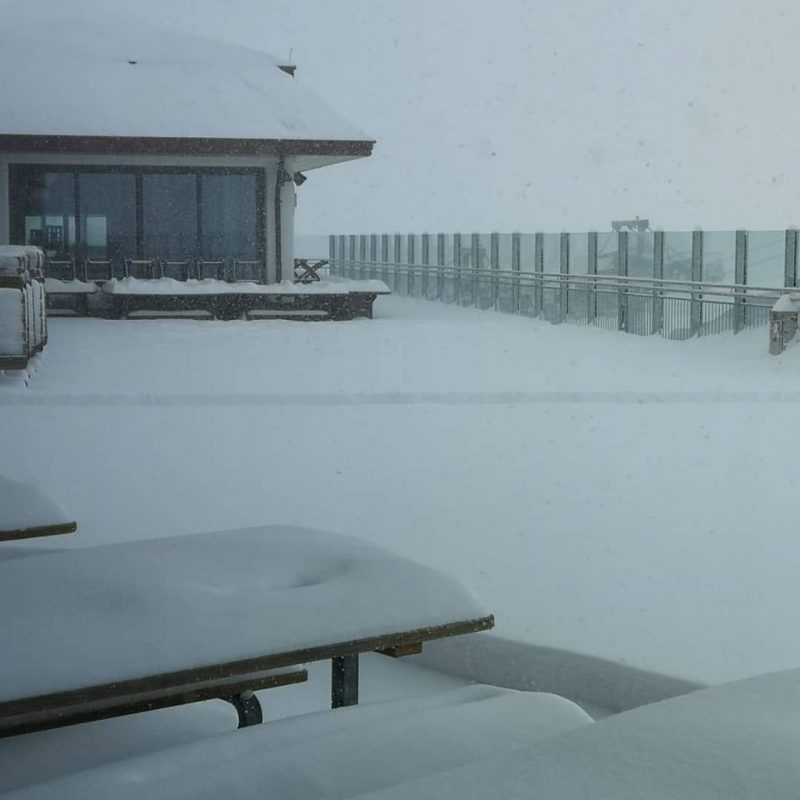 Around half of the ski areas still open will end their seasons later today.  Solden, one of the areas closing today, reported the most fresh snow with 40cm in the past 24 hours, the Stubai Glacier (open into June) reported 25cm and Andermatt in Switzerland (also closing today), 5cm.

French resorts Chamonix, Tignes and Val Thorens, the last still operating there this season, are all due to close. Val Thorens reported 25cm of fresh snow overnight for its final day of 2018-19.

About 10 North American ski areas are also due to close including Marmot Basin in Alberta which has also had fresh snow in the past week and posted this picture of a stormtrooper on the slopes yesterday. 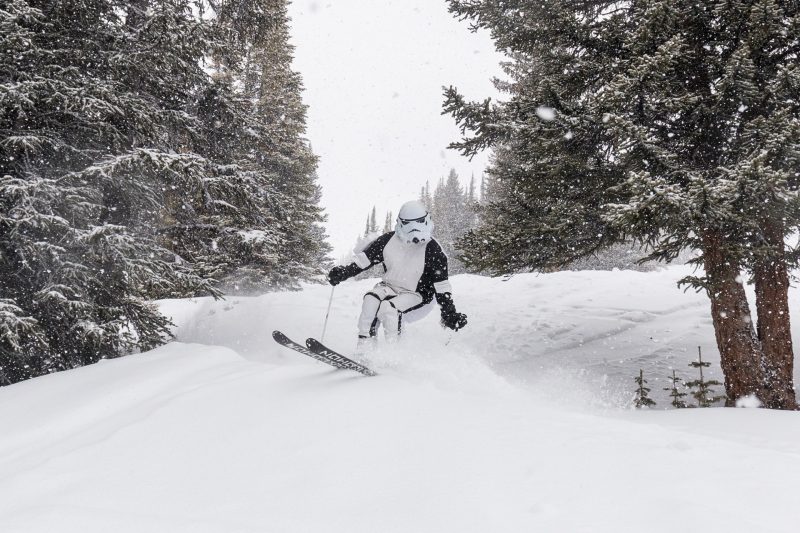 Ski areas in California and Spain are celebrating ‘Cinco de Mayo’ with Spain’s highest resort, Sierra Nevada, which closes today, keeping the lifts running to 4.45pm, and offering free lift tickets to anyone wanting to ski or board on the final day of their extended season.  They still have nearly 70km of runs open.

Late Snow in the Alps (and Pyrenees)