Free Transfers To Your Ski Resort Hotel From Austrian Airport

Columbia Sportswear has unveiled their new ‘Challenger™ Jacket Star Wars™ Force Edition’, the design of which the company says is inspired by, “the ultimate battle between the light side and the dark side of the Force.”

Fans of the long-running franchise, now Disney owned, can “choose their allegiance” by buying either a black “dark side” jacket with Imperial details or the grey “light side” jacket with features honouring the Rebel Alliance. 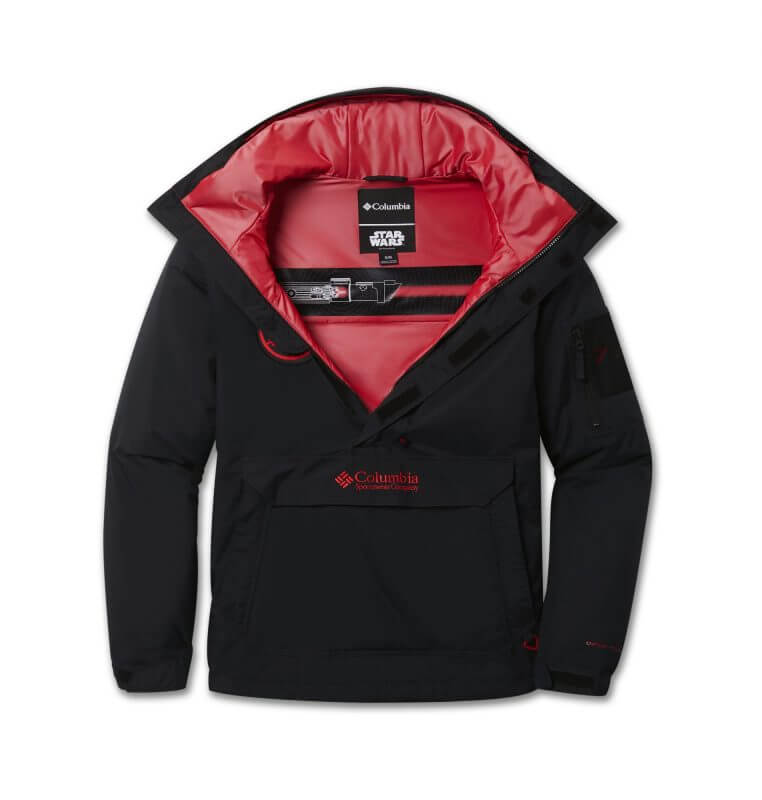 The design of the Star Wars Force themed jackets includes nods to Aurebesh, the primary language in the Star Wars galaxy. The coded messages in the jackets translate to “May the Force be with you” in the light rebel alliance style, and “You underestimate the power of the dark side,” in the dark Imperial version. The lining of each jacket matches Luke Skywalker and Darth Vader’s lightsabers, which appear in the graphics and there are many other Star Wars™ references  in the design.

The jackets are unisex, priced at £190 and available while stock lasts.