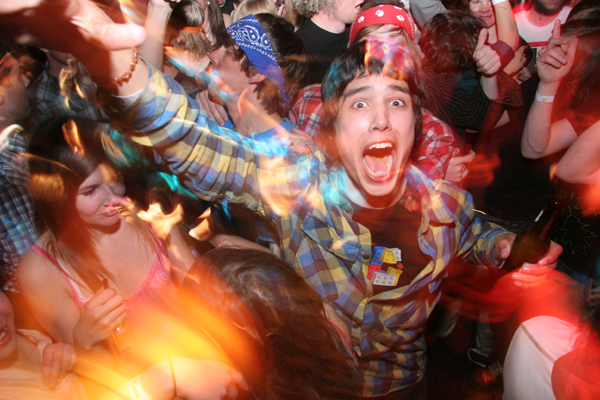 [Life On The Slopes] Skiing And Partying : Getting The Balance Right

It seems there has been a recent spate of articles referring to French ski resort of Val d’Isère as a “Magaluf on Ice” due to an increasing amount of boozed-up Brits heading to the slopes to make the most of the town’s nightlife and après-ski.

In recent years I have tried to focus more on the active and outdoorsy benefits of spending time in the mountains rather than on the quite cheesy yet undeniably fun ski resort nightclubs. Beer seems to taste particularly satisfying after a heavy day of skiing, and the adrenaline-fuelled fun of snowsports tends to dissipate my hangover faster than any other activity. This being said, I feel that it is important to strike a balance between skiing and drinking in order to make the most of the limited amount of time that most of us are likely to have on the slopes each year.

Having spent a large number of weeks on university ski trips, as well as living in Whistler and working as a lifty for two seasons, I developed quite a skill at maintaining this balance, mainly through sacrificing sleep in favour of skiing and partying. Here are a few tips to avoid spending your ski holiday either paralytic or lying in the recovery position.

Just get out of bed (preferably early)

Squeezing on those ski boots in the morning will probably feel like the worst idea in the world after limited sleep and excessive alcohol consumption, but once you get into the fresh air and some adrenaline kicks in, the cobwebs should wash away in no time.

Make your friends get out of bed.

You need partners in crime to get you through the day. Convince your hungover friends that they will be OK, exaggerate about the “amazing” weather and remind them how much their lift pass costs.

It’s way more fun (especially in Europe). You are more likely to get an early night, it is the perfect instigator of an after-ski nap and dancing in ski boots is comical for everyone involved. Just try to remember where you left your skis!

Tips 3 and 4 complement each other very nicely!

Try not to get drunk every single night

Hopefully you are actually there to go skiing or snowboarding, both of which are a lot easier when you’re not hungover or drunk. You can get drunk pretty much anywhere, even Magaluf if you’re that way inclined. There are only around 2,000 lift-fed ski areas in the world whereas there are millions of places to get drunk.

Ski resorts generally have a lot of fun to offer both on and off the slopes. It is great to make the most of a really active holiday and also enjoy some partying in the mountains. Just try not to upset the local people with too much rowdy behaviour.

[SNOWHUNTER] Things To Consider When Planning A Life On The Slopes

[Life On The Slopes] Travelling and Skiing on a budget

[Life On The Slopes] Summer in Whistler