The late summer behaviour of a rescued grizzly bear named Boo is being seen as a sign that there’s a harsh winter ahead by staff at a ski resort in British Columbia, Canada.

“It’s bearly (sorry had to) the end of summer, and Boo is already preparing for winter. Lining up with the yellowing of the leaves on the trees for fall, Boo’s coat has started thickening as he’s been packing on the pounds, leading our local Grizzly Bear experts to believe winter will hit us early this year and be a snowy one!” said Matt Mosteller, Senior VP Marketing & Resort Experience at Resorts of the Canadian Rockies which run several of Canada’s top ski destinations including Fernie,  Kimberley, Nakiska and Boo’s home resort of Kicking Horse, which boasts the fourth biggest lift served vertical in North America. 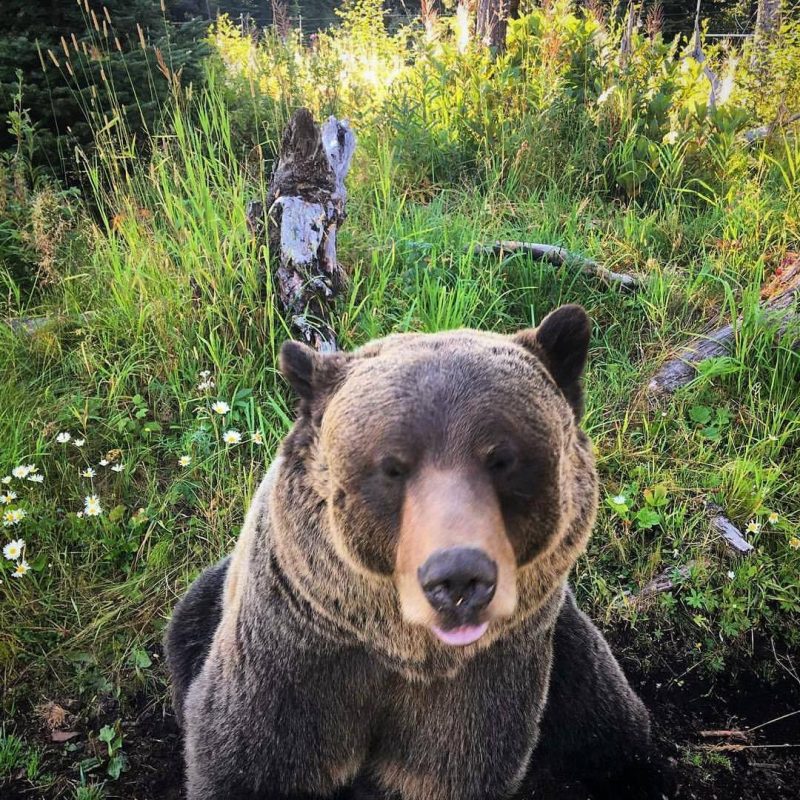 Boo was brought to the resort after having been orphaned as a cub and was saved from certain death, he now lives in the largest enclosed grizzly bear habitat in the world.

Boo’s behaviour this September is reported to be similar to his “prediction” two years ago in 2015 which Matt describes as coming before an “epic ski season with over 17 feet of snow and lots of powdery goodness.”

Boo is currently eating up to 40,000 calories a day, earlier than he usually does, to put on the proper pounds to survive his hibernation during the winter.

“Who needs the Farmer’s Almanac when you have Boo to forecast the winter weather?” concludes Matt.

It’s official. Skiers and snowboarders in Whistler are swooning over new snow!