France and Italy, the only two Alpine nations where no resorts have been able to operate ski lifts this past winter have now relaxed their rules allowing, so far, one French ski area and one Italian centre to announce skiers can return to their slopes this coming weekend.

In France the resort of Les Gets will open the slopes of its Balme mountain on Sunday and Monday and is offering free lift tickets.  It reports snow conditions still good up high and indeed there’s been unseasonably cold weather and fresh snowfall in the Alps this past week.

Only 1,000 tickets were available and these are reported to have sold out within minutes of going on release and the booking site crashed.

For Italy it is the Presena glacier at Pontedilegno-Tonale in the province of Trentino that will be open to skiers on Saturday and Sunday. That area is more usually open in May and June and the Italian national squad have been training there over the past month.  It appears to be opening for this weekend only this spring however. 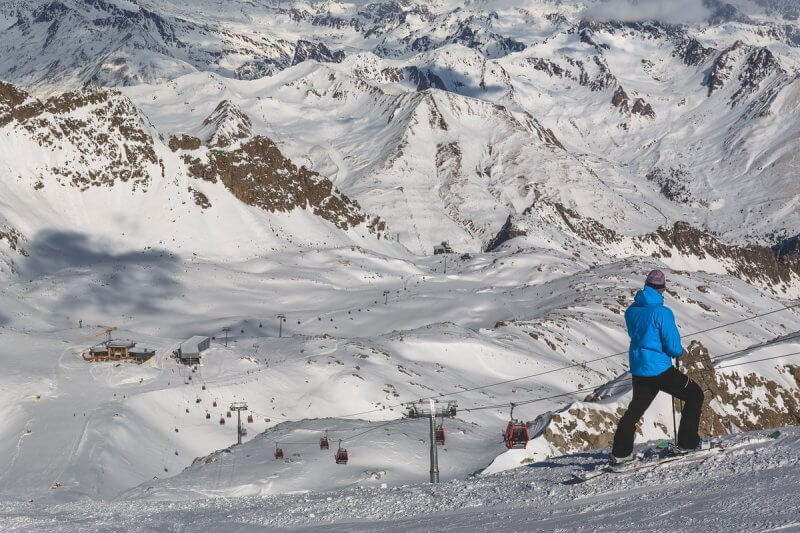 After these two unexpected openings more French and Italian ski areas are expected to open for summer skiing on their glaciers over the next few weeks.

Cervinia, which shares a glacier ski area with Zermatt, has said it will re-open on Wednesday, six months after it was forced to close by pandemic restrictions having already opened for its 20-21 ski season back in October.

Les 2 Alpes in France and Passo Stelvio in Italy expect to open from the final weekend of May, when another Italian resort, Madesimo, has also announced plans to open.  Val d’Isere and Tignes next month.

Travel to ski areas is starting to reopen too, but remains complicated and in some cases impossible at present, particularly for leisure travellers from outside the EU. However rules and regulations, along with advice on how to interpret them, are changing daily.