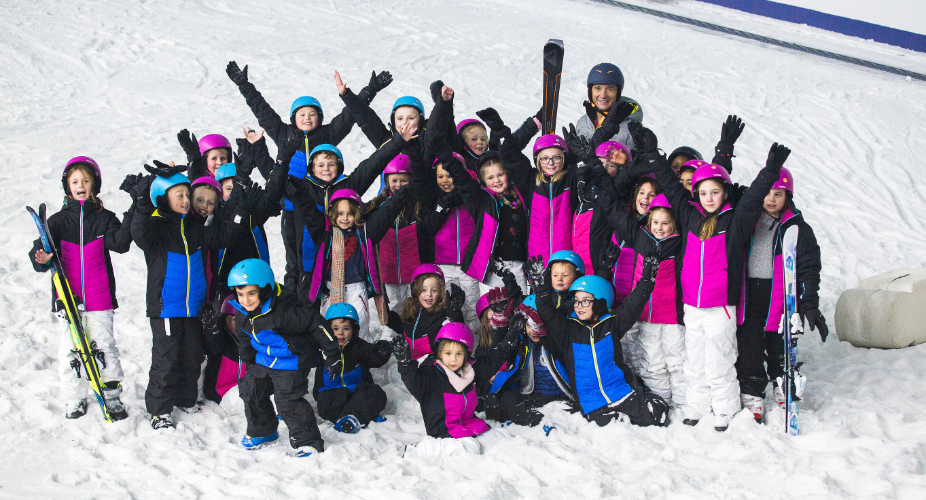 The children won a prize to learn skiing with Graham and instructors from The Snow Centre following a drawing competition in November. Pupils from a number of schools in the region were given the opportunity to draw themselves participating in a variety of sports and the winners were chosen by a judging panel at Decathlon. The competition tied in with a new store opening in Dunstable.

This was the first initiative from Decathlon to engage schools directly and help children get into snowsports and the company plans to expand the program in 2018 across the UK.

Five time Olympic skier Graham Bell said: “Decathlon have got this great initiative. It’s about getting kids that have never skied before onto the snow and it’s amazing how quick some of them have picked it up. If you can get kids skiing when they are at primary school at places like indoor ski slopes or dry slopes then it’s just a really good experience for them”.

Tea Djumisic, Market Manager for Decathlon, said: “We really wanted to design a program that engaged young people and children to help them into snowsports. The reception we received from schools was amazing and some of the drawings we saw were fantastic. Decathlon’s motto is ‘Sport for all – all for sport’ and this campaign embodies that and we hope to continue providing the opportunity for children to experience a sport like skiing throughout 2018 and beyond”.