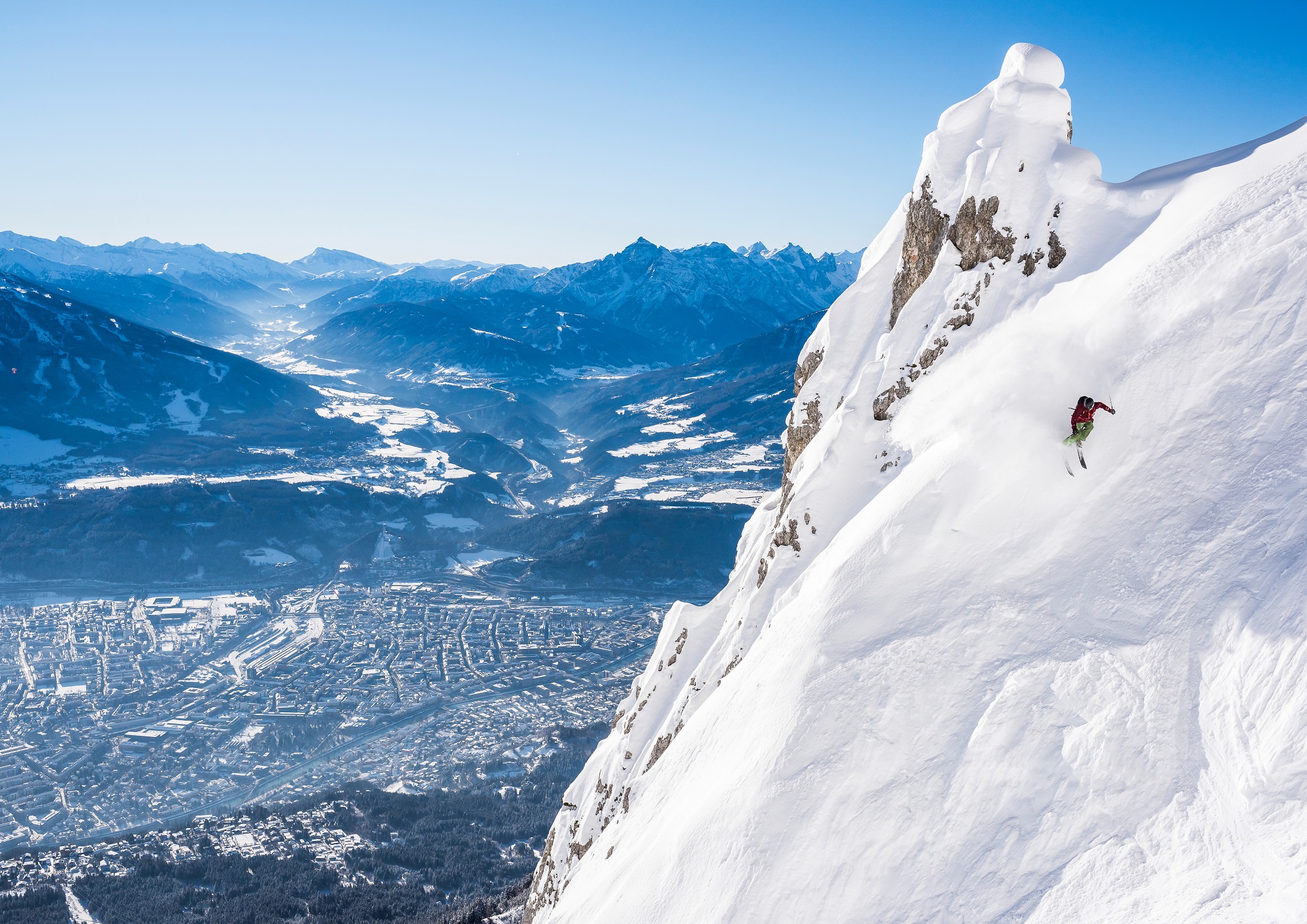 Innsbruck is a great airport to fly in to and out of. Small, friendly, efficient getting through is usually quick and easy and orderly. The closest ski resorts to Innsbruck Airport are also much closer than they are to most ski airports.

There are other benefits too. Access from the airport is quick and easy on good roads. Many of the closest ski resorts to Innsbruck Airport are traditional villages lying on the valley floor. So for most, there’s no tortuous steep, snowy, zig-zagging mountain road to face.

Public transport is also excellent. A bus service links the airport to Innsbruck’s bus and rail stations in just a few minutes. From here you can reach the closest ski resorts to Innsbruck Airport very quickly, easily and affordably.

The only real problem is choosing where to go!

Long-time British favourite Mayrhofen is one of the closest ski resorts to Innsbruck Airport. It’s just an hour’s easy transfer to the resort, in the spectacular Ziller Valley.

Mayrhofen offers some of the world’s best skiing and is a great resort to stay in too. It’s no surprise that two fab festivals are staged here each spring. Choose from the brilliant Altitude Comedy Festival or the infamous Snowbombing snow and music fest. Altitude features the best of British and international comedy acts. For Snowbombing some of the biggest names in music perform in cool mountain venues.

But Mayrhofen is busy all season. The local area is one of Austria’s biggest for a single resort. It includes one of the steepest slopes there is Harakiri.  But there’s loads of easy and intermediate level runs too.  The area pass (which you get automatically if you stay more than a few nights) covers nearly 500km of slopes. It also includes the snowsure, year-round skiing of the Hintertux Glacier. 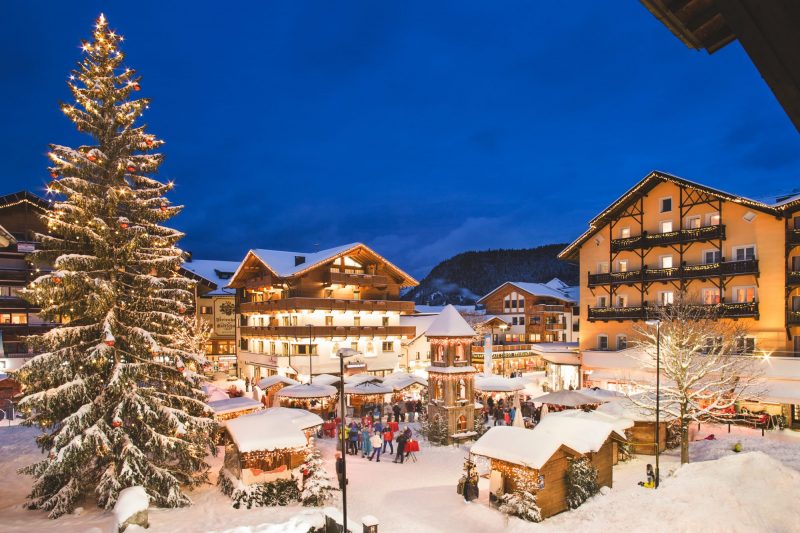 Seefeld is one of the closest ski resorts to Innsbruck Airport, only 30 minutes away!

The resort is one of the best known in the Austrian Tirol. There’s a great range of shops, cafes and restaurants as well as a big ski area. There’s also a wide selection of accommodation and more five star hotels than any other ski resort in the region.

Although there’s plenty of skiing for all standards, cross-country skiing is big here, alongside downhill. The exciting sport of biathlon is offered, and there’s also ski jumping. In fact, along with hosting Nordic events in the 1964 and 1976 Winter Olympics, Seefeld also hosted the Nordic World Ski Championships in 1985 and 2019. 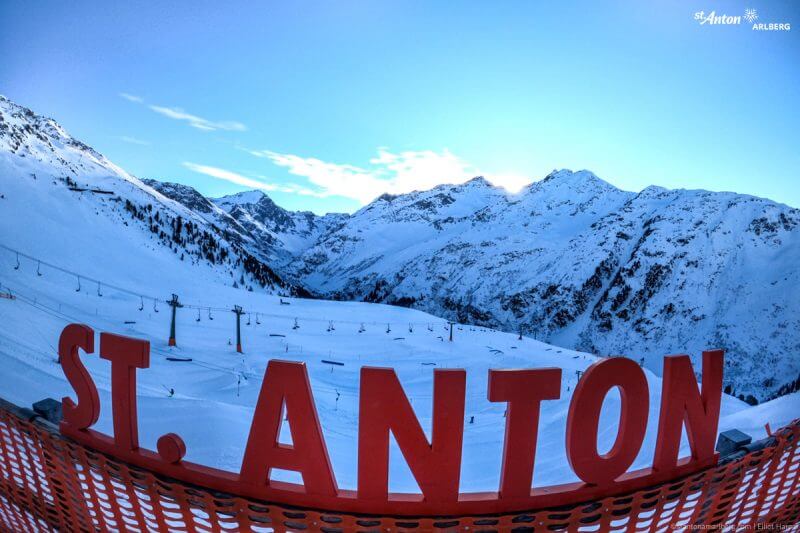 Famous for its world-class terrain, St Anton is another of the closest ski resorts to Innsbruck Airport. Now linked to neighbouring Lech by ski lifts, it operates one of Austria’s biggest skiing regions. Along with resorts like Chamonix and Jackson Hole, St Anton has a reputation for its challenging runs.

In fact, it’s where downhill skiing got started, nearly 120 years ago. Locals adapted the Telemark technique from Norway into aversion that worked better on the steeper Alpine slopes.

Something of a powder mecca too, St Anton am Arlberg is on every serious skier’s bucket list. The resort itself has a great selection of bars, restaurants and other facilities. It’s also famous for its apres-ski scene, one of the most hedonistic in the world. 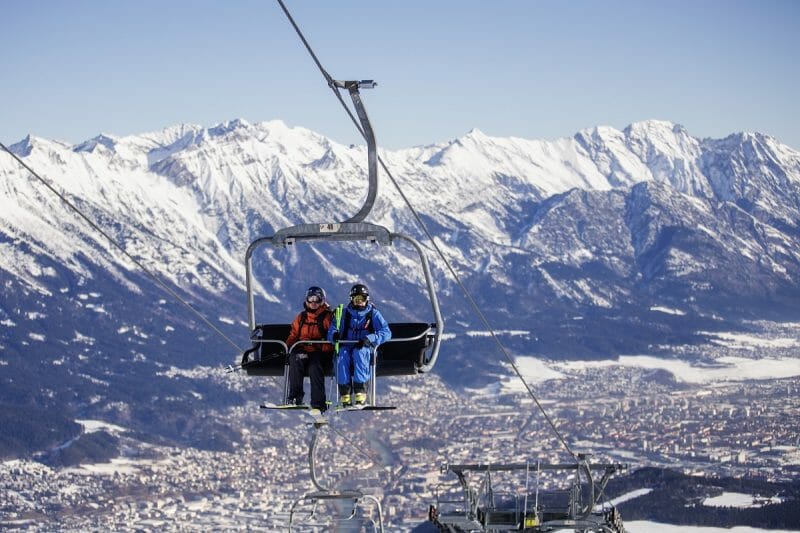 A lot of skiers overlook Innsbruck itself.  That’s a mistake as it’s a fantastic city, surrounded by ski areas. The ski areas, and bus or lift transport to them, are all included in one pass. The ski areas here are really the closest ski resorts to Innsbruck Airport and you can get from the UK to the slopes here faster than almost anywhere.

The lift pass is also great value, as is accommodation in the city. That’s partly because the region is busier in summer than winter. So in the ski season hotels are competing for business, driving prices down and quality up.

There’s a real mix of ski areas and you can choose a different one every day if you like. Innsbruck hosted two Winter Olympics and the first Youth Winter Olympics so there are challenges for good skiers. Oher centres are good for families and some for freeriders. The pass also includes the Stubai glacier so here’s snowsure skiing included.

The ‘Ski Plus City Pass’ includes the slopes of 13 local ski areas. Altogether they offer 308 km (nearly 200 miles) of runs served by 111 lifts. But the pass also includes admission to three swimming pools and more than 20 more non-ski attractions around Innsbruck. 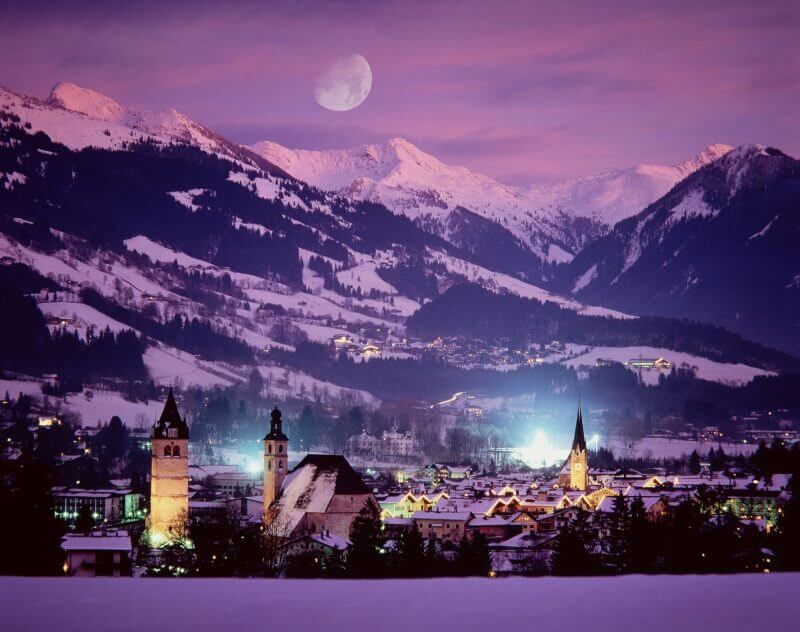 Another of the world’s best-known ski resorts is also among the closest ski resorts to Innsbruck Airport. Kitzbuhel has been a famous ski resort for the best part of a century now. It hosts the biggest race in the World Cup calendar each season, the Hahnenkamm.

Kitzbuhel lies at the heart of one of Austria’s biggest ski areas. There are about 100 miles of ski runs locally for all standards. But the regional pass covers more than 500 miles of runs at neighbouring areas.

It’s also a delightful place to stay with it’s pedestrianised, medieval centre. This is choc-full of enticing shops, cafes, restaurants and bars.

Kitzbuhel is about 80 minutes from Innsbruck Airport.