Retired American ski racer Lindsey Vonn has strapped back into her skis and become the first woman to ever ski the Streif, the racecourse created above Kitzbuhel each January to host the famous Hahnankamm races. She’s also the first to ever dare to ski it night.

Vonn won everything there is to win in the sport before retirement in 2019, and is in joint second-place for all-time World Cup wins, on 82, with her compatriot Mikaela Shiffrin, but she says one last dream goal eluded her in her illustrious career, the fearsome Streif in Kitzbühel, Austria.

The 38-year-old said: “Only when you ski the Streif are you a real downhiller. The Streif is the pinnacle of all downhills, the most difficult course in the world. Nobody believed I could do it. After all my injuries, to now get the once-in-a-lifetime chance to kick out of the starting gate here and fulfil my dream is incredible.”

“I’ve always had respect for the men that raced down the Streif, but I have even more respect now, because it’s one thing to go down it and another thing to ski to win; and now I can fully understand what that means. It has given me greater perspective how truly amazing these men are,” she added. 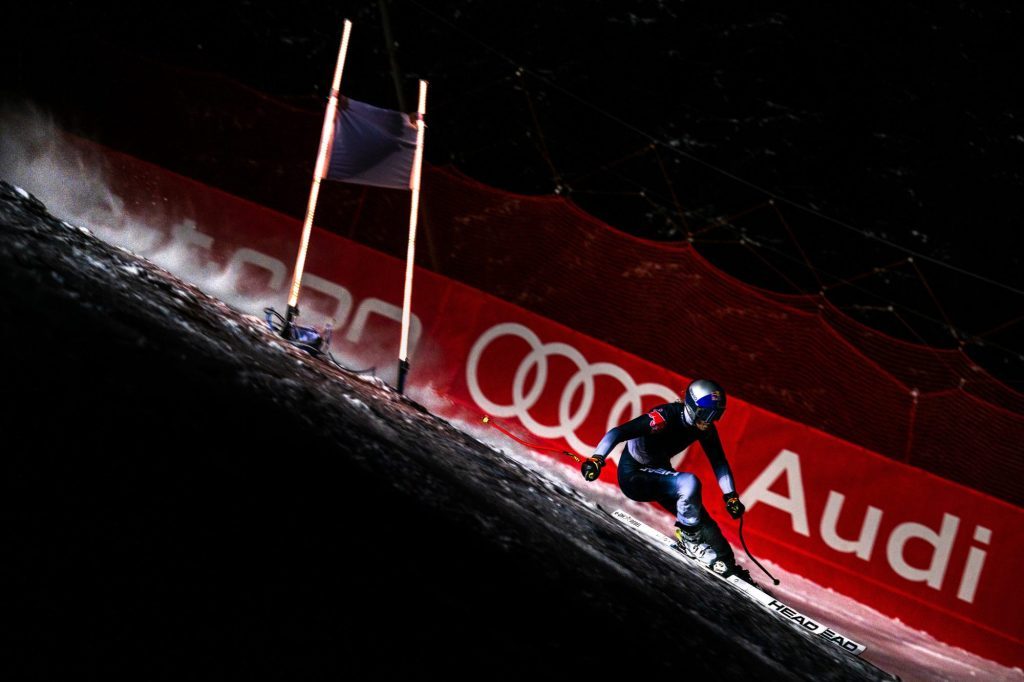 Vonn had not raced a downhill course in four years but pushed out of the start gate and entered the notorious Mausefalle (Mousetrap), with an 85% gradient.

A video of the run can be seen here.

She prepared intensely in preparation to push herself to the limits once again despite the severe knee injuries suffered in a career that brought Olympic gold, 82 World Cup victories and saw her crowned a multiple World Champion.

Vonn borrowed the skis from US star Ryan Cochran-Siegle and had them prepared by her former service man Heinz Hämmerle. Hitting speeds of more than 100km/h at night added further drama to an already intense occasion.

Vonn said: “I felt like I was jumping over the edge of the world. I don’t think I’ve ever been so nervous before a start in my life. I’m a thrill seeker. I’m an adrenaline junkie, and I love pushing myself to the absolute limit; being on the verge of being scared. I live for a challenge like this.” 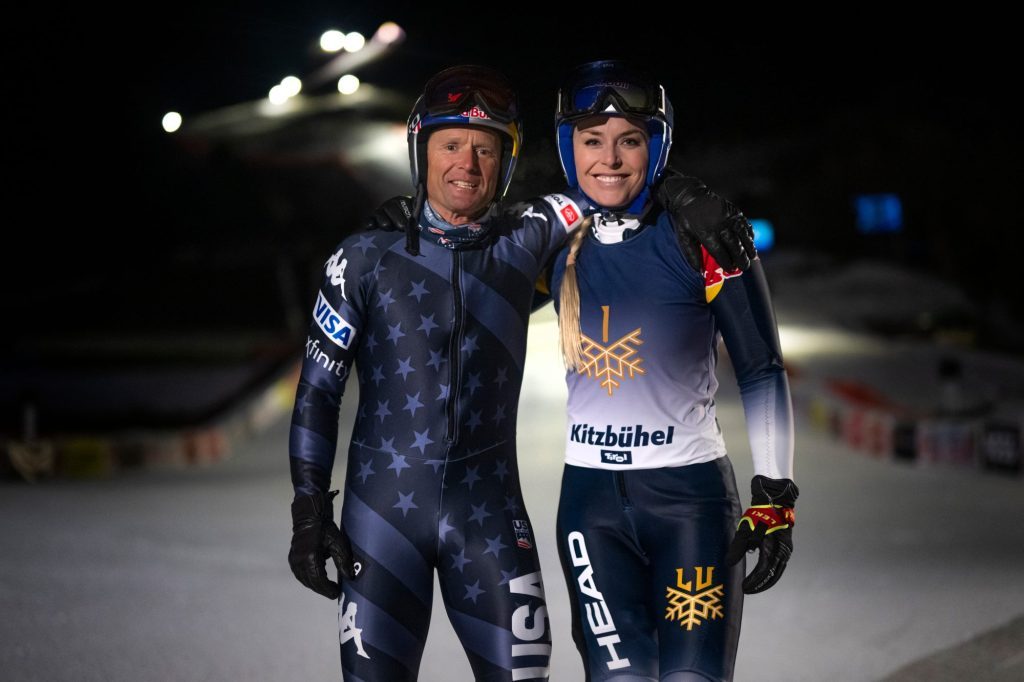 Vonn was coached by her compatriot Daron Rahlves, himself a course winner in 2003. He said:

“To see Lindsey finally have a chance to ski on this track in this kind of situation is incredible. I had no doubt she could ski it, but I was questioning if she was going to really ski it with a lot of determination – I was really impressed that she did. This is true downhill, if you make one mistake, you can have some bad outcomes. But the way she just came out to own it was really impressive.”

Vonn also revealed she took on the challenge for her mother Linda, who passed away in August. She said: “I knew she was watching me and was there as a guardian angel to help me accomplish this dream. I know she is proud of me. As she always ways.”