Indoor snow centres have been with us for more than three decades now, helping to transform winter sports by enabling tens of millions of people who might never have tried snowsports to give it a go and in many cases progress on to ski in the mountains too. 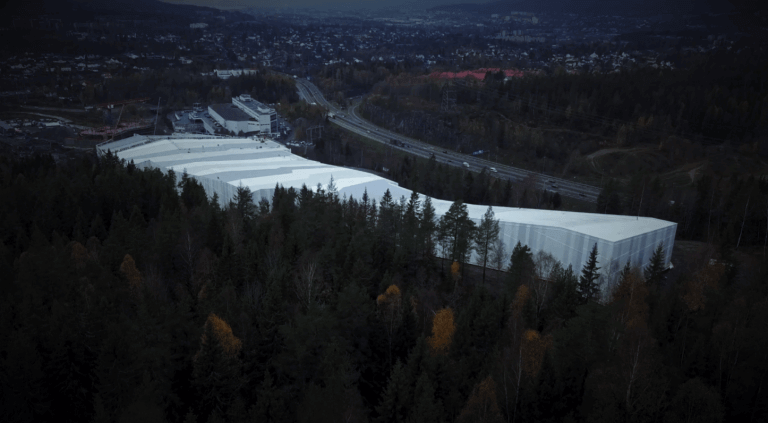 More than 100 have been built, and you can now ski indoors on every continent on earth apart from Antarctica, with the last continent to get one (unusually, North America after Africa and South America got their first centres some years ago) opening theirs last month in New Jersey.

Europe pioneered indoor snow, actually building pioneering fake-snow indoor centres in Berlin and Vienna back in the 1930s (with a British patented fake snow involving sawdust and soda crystals!), and through the first decades of modern indoor snow centre development constructing the biggest centres. We still have some of the longest slopes at around 600m at centres in France and Germany.

But since the crash a dozen years ago now, there’s been a change of focus. The new indoor snow giants have been built in Asia, particularly China, while Europe has seen just a handful of new centres open, although those do include our own excellent Snow Centre at Hemel Hempstead, one of six in the UK, with a seventh and eighth making progress in Swindon and Middlesbrough.

So it’s exciting to see a huge new centre open this month near Oslo, after five years of planning and construction, which really raises the bar in terms of year-round snowsports in Europe – and also easy to reach from the UK. 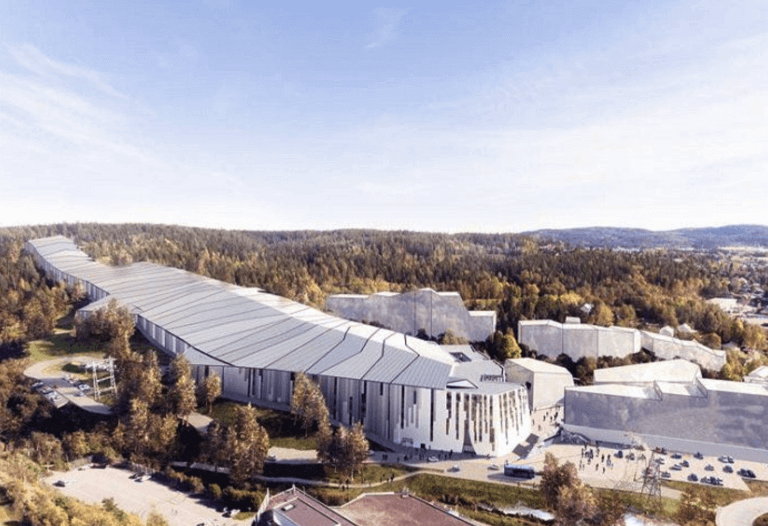 Christened simple SNØ (which probably doesn’t need translating …), it is being simply promoted as “the world’s most spectacular indoor arena for snow experiences”, and for once the marketing hype may not be exaggerated.

Although not quite the biggest indoor snow centre in the world, or even Europe, it is certainly up there among the world’s five longest and widest at 505m long and 100m wide at its widest point. The height difference of 90m will also be one of the biggest indoors yet.

The new centre has been built onto a hillside at Lørenskog 20km to the east of the centre of Oslo. It rises over six storeys and houses a snow-covered area of 36,000m2.

But it is not so much the dimension of SNØ’s ski area as what’s different about it compared to the hundred or so that have gone before. There are the things that visitors see – a spectacular building clinging to the hillside and within it more than a kilometre of 5m-wide cross-country ski tracks raised above the downhill slope – and what they don’t see, including the low-energy operating system.

Building the cross-country track has been quite some feat with its 120 components and combined 400-tonne weight. The track is suspended from roof structures at the lower end of the downhill slope.

Downhill skiers and boarders certainly won’t miss out though. The slope is equipped with three ski lifts with a combined capacity of 5,000 skiers an hour.

There is also an indoor terrain park as part of the massive indoor snow space. The park features rails, hops and, as the building design took into account the fact that some skiers and boarders like to get airborne, there’s even a big jump.

The centre is of course the second iconic snowsports centre to open in Scandinavia in the past few months following the appearance of Copenhill, the year-round dry-slope down a waste-to-heat renewable energy power plant that finally opened in the autumn in Copenhagen.

The entrepreneurs and visionaries behind SNØ don’t see the centre as just a leisure and training place. They envisage the surrounding community becoming a world-leading centre for snowsports innovation.

“Snøporten” or Snow Gate is a new district being built outside the snowdome next to the rail station at Lørenskog. The area is described as a unique and innovative neighbourhood with knowledge clusters within sports-related business activities. In addition, the district gets hotels, restaurants, shops and housing.

“The Snow Gate has enormous potential both for innovation and business development as well as for Norwegian winter sports in the future,”

“Many leading companies want to be part of the new, ambitious business cluster in Snøporten, including the Norwegian Ski Federation and the Norwegian Sports Academy, as well as a number of external companies.”

Just how successful SNØ ultimately is will be determined through the coming 2020s, but, given a fair wind, the foundations for something very special look strong enough for those dreams of its creators to come true.

SNØ is located in Lørenskog, about 15 minutes by train from Oslo centre.  snooslo.no