After nearly three decades in operation the old Areitbahn lift in Schüttdorf near to Zell am See, the main access route up to the resort’s Schmittenhöhe ski area, is being replaced by its third incarnation – a state-of-the-art gondola complete with spacious cabins, each of which can carry up to 10 passengers.  It will feature heated seats and free in-cabin wifi.

Work on the famous Austrian ski resort’s new AreitXpress, which will also feature ground level access and an ‘almost silent’ motor, began this week after the ski season ended at the weekend.  It follows the same route as the old gondola it replaces, which opened in 1988 and itself replaced the original double chairlift which ran on the route from 1971.  The only change will be that the mountain station will be 25 metres lower and there will be all new lift stations. 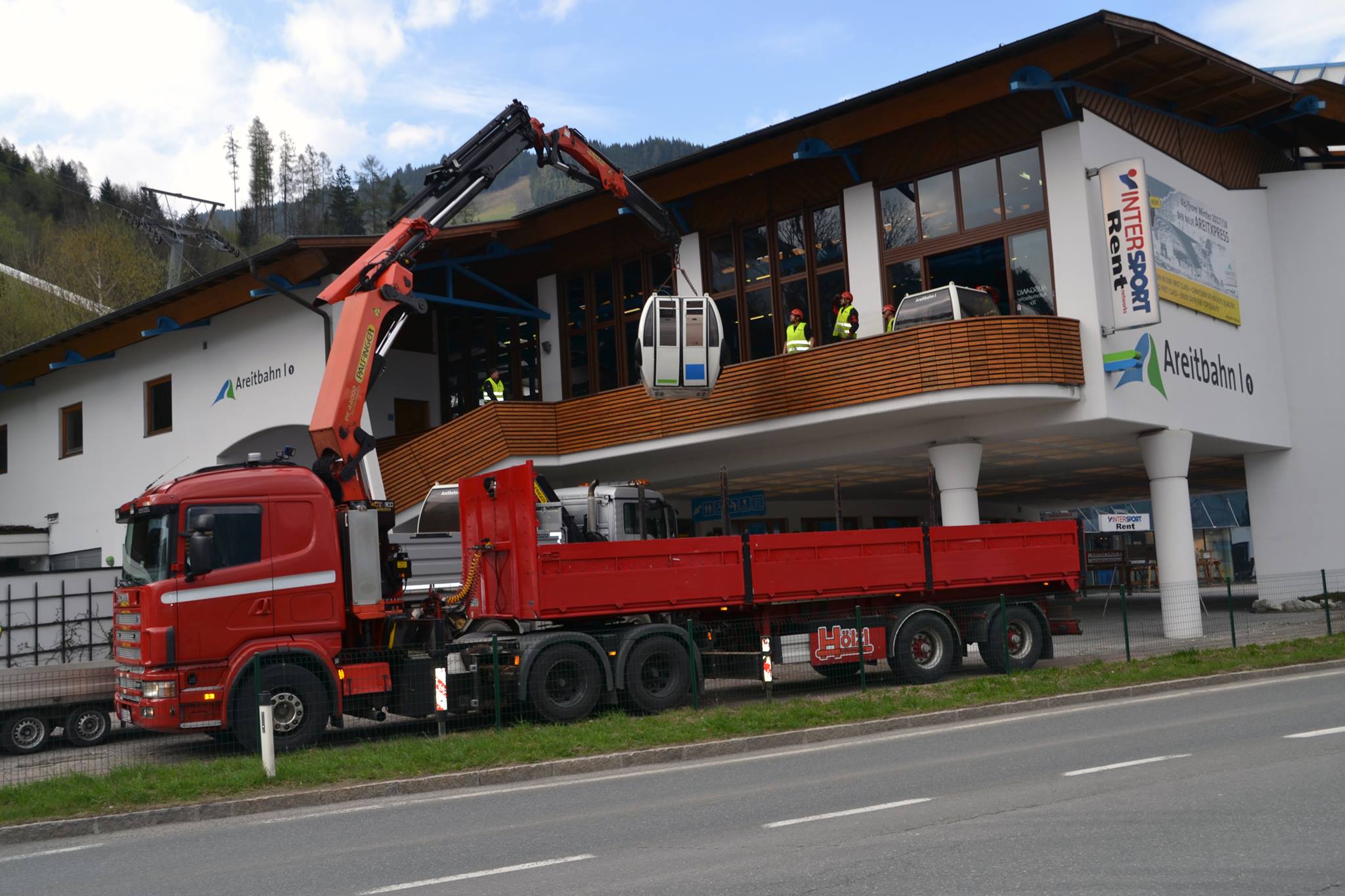 The old gondola is reported to have been sold to a theme park in Colombia where it will enjoy a new lease of life.