Why Is It Called Skiing?

What we have called skiing has a history dating back at least 8,000 years, and possibly as far as 20,000, although the word we take ‘skiing’ from is much more recent.  But why is it called skiing?

Skiing sees skiers ski down a ski slope in downhill skiing or along a ski trail in cross-country skiing, but why is it called sking?

Well, the word “ski” comes from the Old Norse (the language once used in Norway) word skíð which literally means “a split piece of wood”

Why Is It Called Skiing? The History of the Skiing Name

Although Old Norse is described as ‘old’ – it’s actually quite new by the standards of skiing. The language only grew up about 1,000 years ago from an older language called Proto-Norse.  We know that skiing was around back in Proto-Norse times, but not whether people before the Viking still called it skiing.

In any case the earliest known skiing though, at least the earliest we know of so far, dates back around 8,000 years, to a remote region of northern China, where the country borders Russia, Mongolia and Kazakhstan.

So before it was called skiing, it was probably called something else for at least 7,000 years, and in some countries still is. 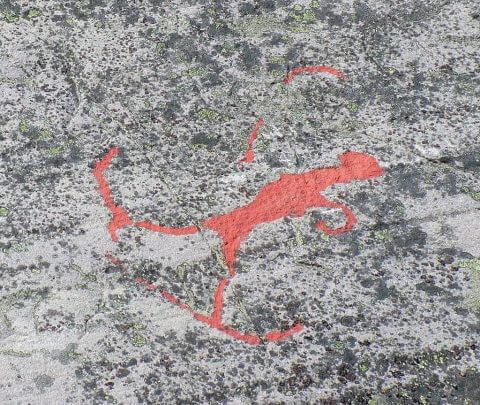 Cave painting of a hunter skiing from Alta in Norway.

Cave paintings dated to around 6,000 BC discovered here in 2018 appear to show people skiing in the Altay mountain range to get around and hunt in winter, as they still do to this day. It’s just a pretty safe bet that it wasn’t called skiing by the residents of what is now an autonomous Kazakh speaking Republic back then.  Much older than those found in Alta, Norway (above).

Nor was it called skiing by the people who inhabited parts of Russia and Scandinavia who are known to have also been using skis to get about at least 5,000 years ago. Their old skis have been found well preserved in old peat bogs.

What Was Skiing Called Before it was called Skiing?

Unfortunately, many of the languages that would have been used to describe the activity that is skiing have long disappeared and may never have been written down.

However one word used by the Sami people of the Arctic is ‘cuoigat’ and some believe this name may have been used for the past 10,000 years – so it long pre-dates the word skiing. 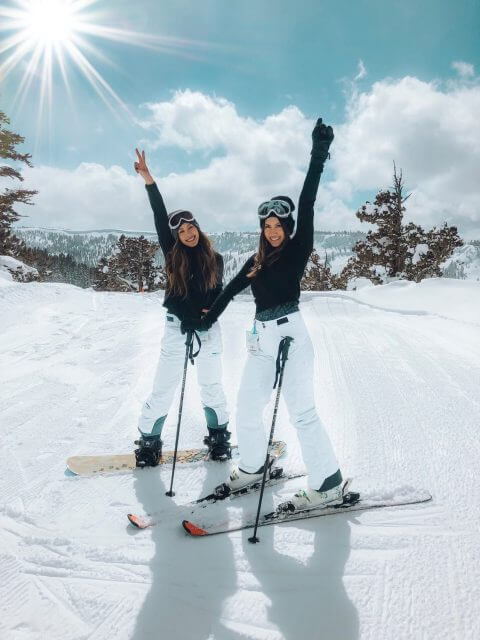 Is It Called Skiing in Different Countries?

Most countries use a word like ‘skiing’ but with a slightly different spelling. In Spanish or Portuguese skiing becomes ‘esquí’ in Italian ‘sciare’. The French stick with ‘ski’ as do the Dutch, Austrians and Germans, but for ‘skiing’ they opt for ‘Skifahren’

What Are The Different Types of Skiing?

The original activity called skiing in what we now know as cross-country or Nordic skiing but in an older form.

The original cross-country skis were longer than they are today and skiers pushed themselves along with one long pole, a bit like the boat known as a punt on a shallow river.  Instead of poles, some early cross-country skiers have long thin paddles, moving rather more like Venetian gondolas, ‘paddling’ through deep snow.

After cross-country skiing came ski jumping, the earliest versions of which are reported to have taken place in Scandinavia in the early 19th century. 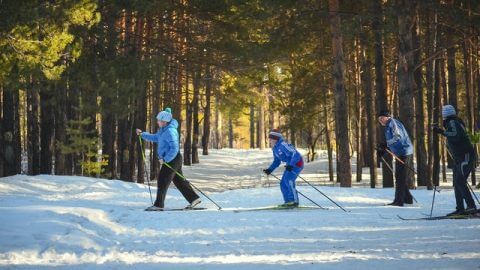 Downhill skiing, the form most commonly associated with the word ‘skiing’ today, began in the mid-19th century in the Telemark region of Norway

This early form involved ski boots only being fixed at the toe, as it is still today with what has become known as the Telemark style of skiing.

Alpine Skiing or Downhill Skiing only really started to develop a little over a century ago when the first people tried to ski on the steeper slopes in the Alps, compared to the fells of Scandinavia.

The technique most of us use on our ski holidays today started to develop in Austria with eventually two short poles, one in each hand, rather than the one long one, and the full sole of the ski boot fixed to the ski.