It’s finally autumn after those annoying summer months that detract from snow sports and the good news is that within 48 hours of the start of the season (which by its end will see 99% of northern hemisphere ski areas open) snow was falling in abundance in the Alps, with resorts reporting up to 50cm accumulations in the last week of September.  Of course we now need that snow to keep coming over the next few months, something it sadly failed to do last year, but the long term forecasts, or what they’re worth, are looking more promising for 2015-16, so keep your fingers and everything else crossed.

There’s been fresh snow in North America too with again quite substantial snow accumulations, particularly in the west of the country, although these are reported to have since melted away.

South of the equator the season is winding down with all areas likely to be closed by the end of October, and most by the idle of the month, but in the meantime it has kept snowing and bases are good. 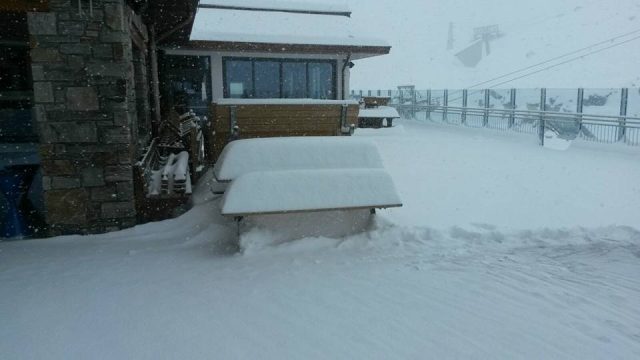 All eight of Austria’s glacier areas are likely to be open by the middle of October and most of those are open already benefitting from fresh snow in the last 10 days.  Solden, the Stubai and Pitztal glaciers have all opened in the past few weeks joining Hintertux (above) and others.  Conditions are generally fairly idyllic with groomed fresh snow under blue skies at present. 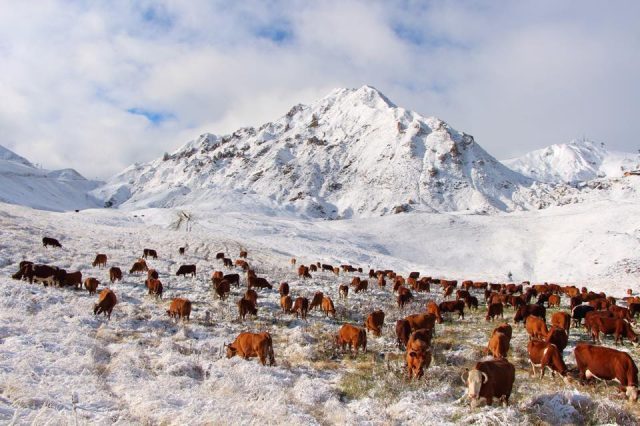 There’s been no ski areas open in France in September but Tignes re-opens its Glacier this weekend on October 3rd.  It will be joined for the last week of the month by Les 2 Alpes.  Again conditions look good on the glaciers.  The picture above is from La Plagne (not yet open) after the snow storms last week.

Val Senales re-opened in late September joining Passo Stelvio and both areas received a promising snowfall at the start of autumn in common with the rest of the Alps. They’re due to be re-joined by Cervinia later this month as it re-opens its glacier slopes connected over the border to Zermatt in Switzerland.  The picture above is from Bormio(not yet open) after the snow storms last week. 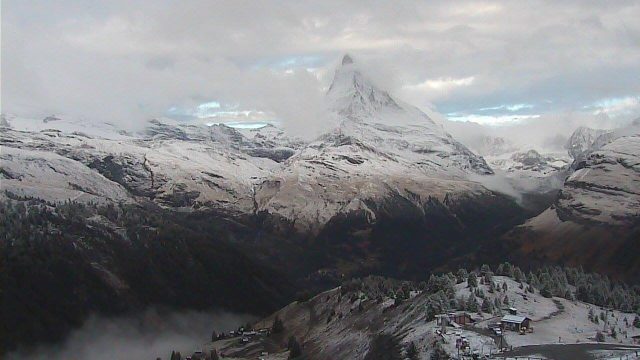 The Swiss options currently open continue to be Saas Fee and Zermatt (pictured above).  Again both reported powder conditions with the fresh snow at the start of autumn.  More Swiss centres are scheduled to open through October including the Diavolezza glacier near St Moritz in the middle of the month and the glacier above Laax at the very end. 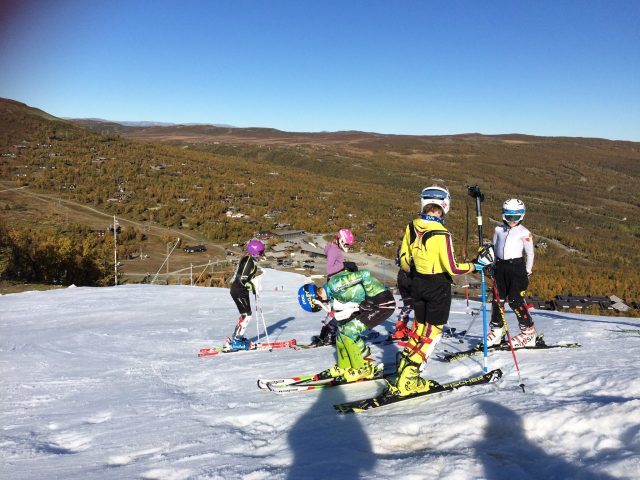 The Galdhoppigen glacier in Norway is still operating its summer slopes and unexpectedly Geilo has opened a run for the Norwegian school holidays (pictured). 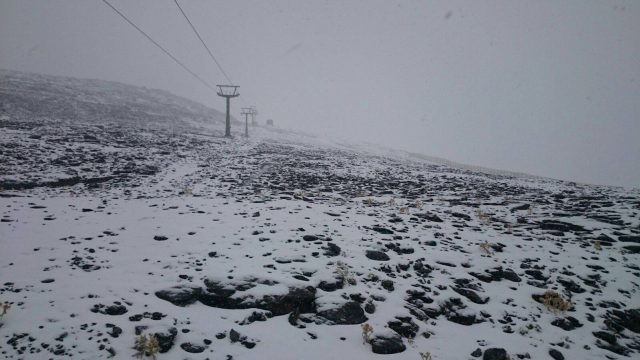 Nowhere is likely to open in Spain or the Pyrenees for a few months yet but there was excitement when a heavy snow shower hit Europe’s most southerly ski resort, Sierra Nevada in Spain (pictured), a few days ago. 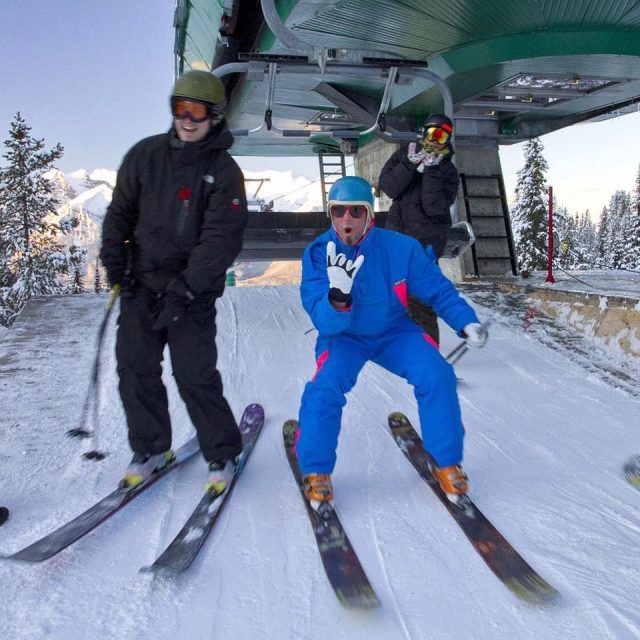 There’s been some early snow in Western North America (which has since mostly melted away again) and some people made a few turns whilst they could (eg in Lake Louise, above).  October usually sees high altitude areas like Arapahoe Basin and Loveland in Colorado start snowmaking and – if it stays cold enough – open their first terrain for the winter. 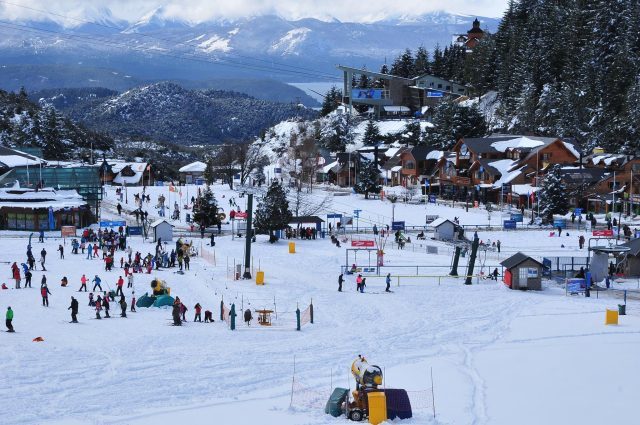 It’s the last week or so of winter 2015 in Argentina.  A few areas have already closed but slope depths are mostly good and they have been some small fresh snowfalls in the last week too.  Catedral is pictured last month. 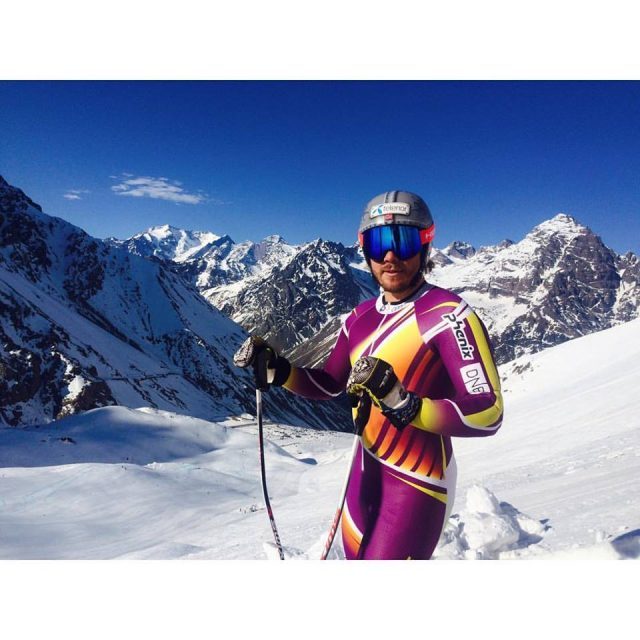 Chile has seen the biggest snowfalls of the past week with up to 25cm accumulating at resorts like Portillo (pictured).  Most areas will close in the next few weeks but conditions remain generally good after the slow start to the season. 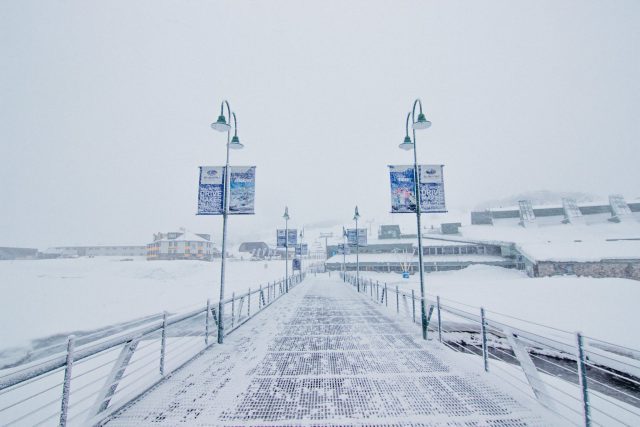 Some Australian areas have already ended their 2015 ski seasons and it’s the last few days of winter 2015 for those still operating.  Bases are 50-100cm at areas like perisher which have had a dusting of fresh snow in recent days.  The picture is from Perisher. 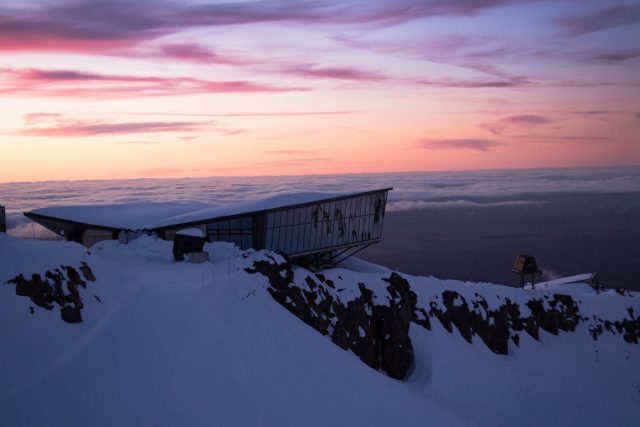 New Zealand is the best southern hemisphere bet for the last month of the 2015 season there.  It’s likely skiing on Mt Ruapehu (above), where base depths are nearly 3m/10 feet, may continue in to November, although so far they’ve announced only that they’ll stay open to the last weekend of the month.  Most other areas will be open for a week or two more.  Mt Hutt is pictured below. 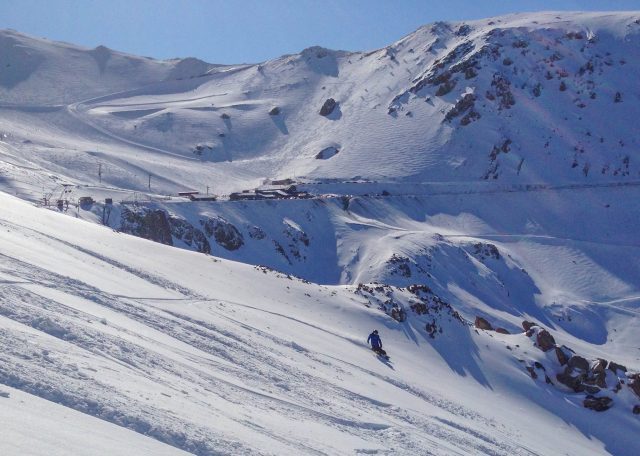