December sees most of the world’s ski areas opening up, right across the Northern Hemisphere.

At the start of the month on December 1st there’s usually only a few hundred ski areas open in less tha a dozen countries, by the end it’s usually more than 5,000 across around 75 countries in Asia, Europe, North America and North Africa.

Usually there are just a few dozen ski areas, mostly in the Alps and Scandinavia and perhaps a few in the Dolomites and Pyrenees open when December begins.

But if snow conditions are average, or better, that number will jump to the hundreds in the first weekend ad the thousands by the second or third weekend with almost all resorts aiming to be open for Christmas week.

So where’s good to ski in the first half of December? 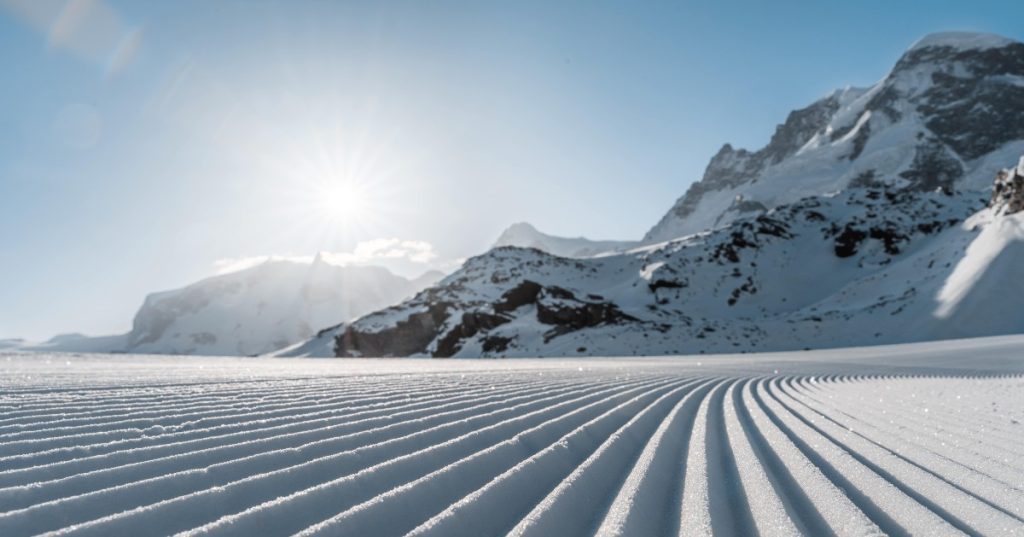 In Europe it’s usually best to aim high and look for ski areas with plenty of lift-accessed terrain above at least 1,800m. Austrian resorts like Solden, Obergurgl and Ischgl will likely be battling it out to see who can offer the most terrain open this early in the season, with a target of 100km or so, even if there’s not been a lot of natural snowfall yet (thanks to snowmaking).

Switzerland also has lots of ski areas open as we start December. Saas-Fee/Saastal – which opens some of its snow-sure glacier slopes in the summer so has already been offering skiing for more than four months by December 1st – is a safe bet.

Other competitors can include Les 2 Alpes, Tignes and Val d’Isere as well as Cervinia and Cortina. All usually among those normally opening before 1st December.

Of course everything depends on cold weather for snowmaking and ideally good early-season natural snowfall, although if its cold enough for snow to be made by machines, some resorts will open without any natural snow if they have to.

Ski areas in the Pyrenees sometimes open in November if it’s a good snow year but there’s a mass opening otherwise, unless snow conditions are really bad, as it’s a major week for public holidays in Spain with two in the first full week of the month, so a lot of Spaniards will head to the mountains if the option is there. 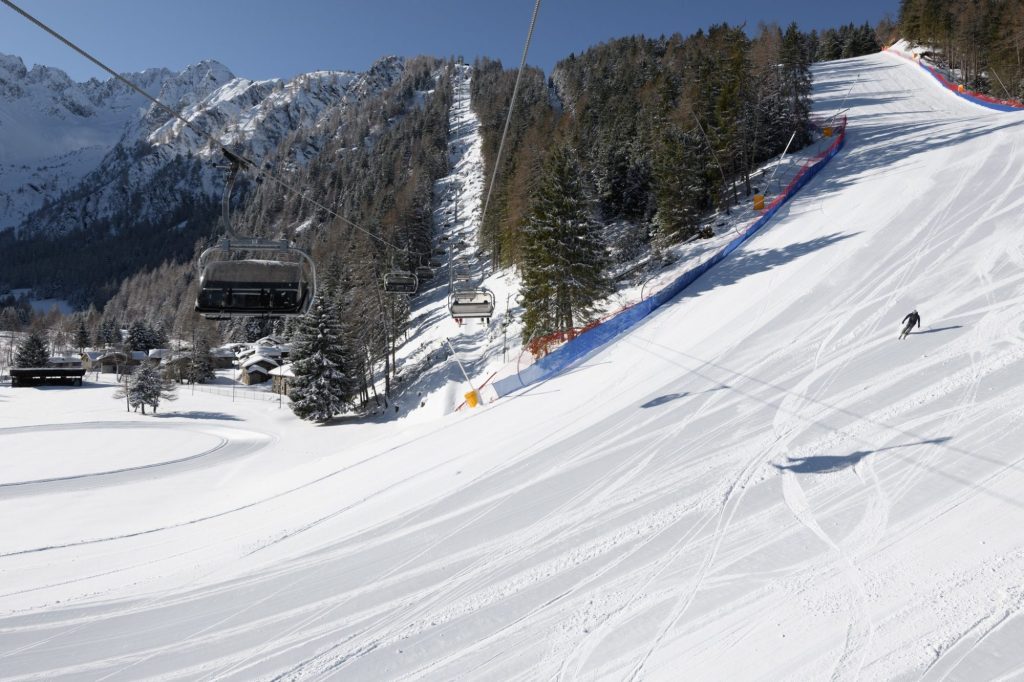 In the Dolomites the first resorts will probably have opened by late November with many more opening from early December.

In Scandinavia it’s getting colder and darker so resorts open en-masse with floodlit slopes.

Several Scottish centres will open early as soon as there’s good snowfall there too, or use their all-weather snowmaking systems to open some terrain closer to Christmas if not – you need to check snow reports and webcams there.

Eastern European centres tend to open more gradually through the first three weeks of the month, the majority closer to Christmas though. But Jasna in Slovakia is among those that usually opens early in the month.  Bulgarian centres more towards the middle of the month most years.

Canada and the USA 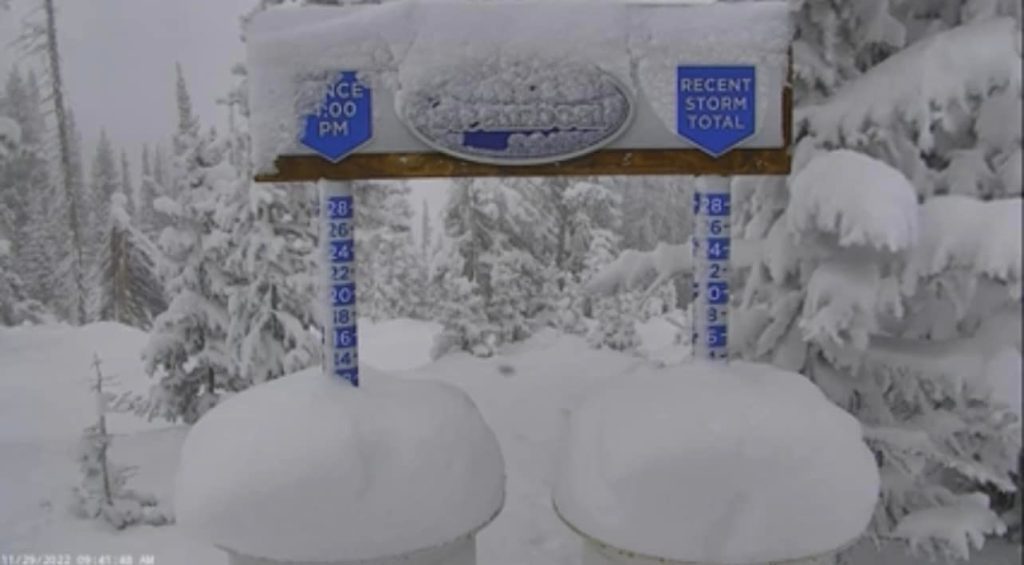 Across in North America it’s a similar rush to open, if conditions allow, for a major public holiday. Here though its Thanksgiving at the end of November which means at least a hundred and sometimes hundreds ski areas are already open at the start of the month.

In the West of the continent how much is open depends a lot of natural snowfall, which can be abundant in November some years, not so great others, when snowmaking will play a bigger role.

However at some ski areas around Banff and Jasper in Canada, for example, unless it’s an unusually bad year, they’ll have been open for a month already.

On the East Coast there’s more f a reliance on cold weather for early openings, this being the world capital for snowmaking. Again hundreds of areas will have already opened for thanksgiving if they can.

All in all early December is a crucial and exciting point in the ski year when we get some idea of how the season is set to begin.  Will our hopes of a powder paradise this winter be realised it will it be warm and dry? 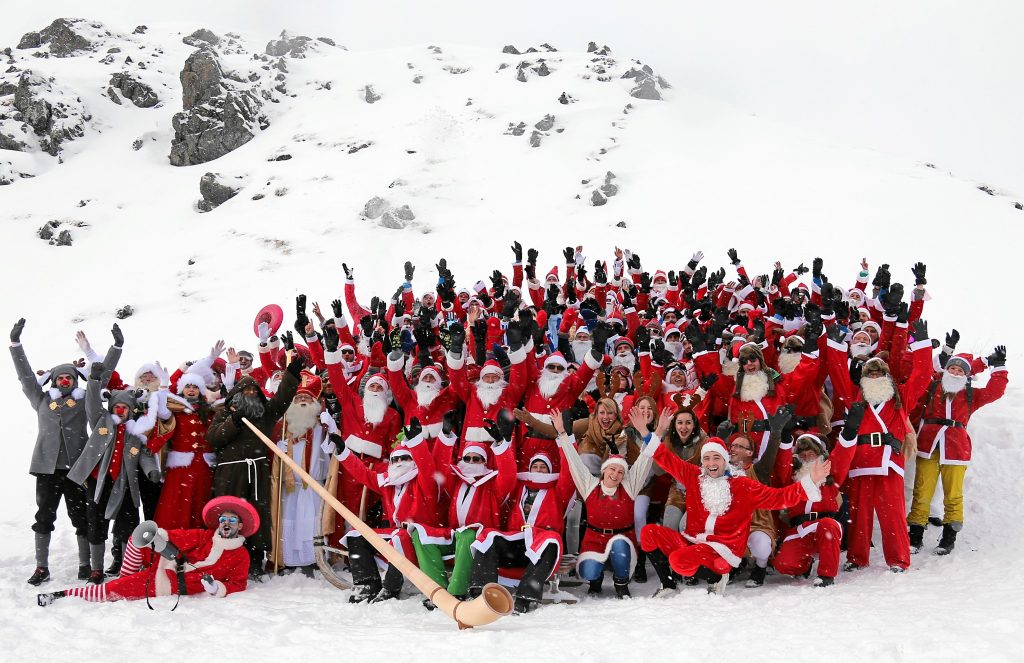 Christmas and New Year weeks are crucial to ski holiday company business models, when they need centres to be busy  to make the money that will sustain them through quieter weeks of winter when many make losses, so fingers crossed it’s good by then.

That fact also raises the point that if it is a good November for cold weather and early snowfall, anyone heading to the slopes before Christmas can get a real treat to start their seasons off brilliantly.

Essentially resorts usually discount lift tickets and other costs to encourage people to visit at this time of year, when there’s usually limited terrain open. But besides this you’re likely to have the slopes to yourself and the freshest rental gear and new snow. No queues for lifts, in mountain restaurants or problems getting a table in a restaurant in resort. What better way to end the year?

Snowing in The Alps Right Now