What’s so good about Morzine?

Ongosa have been tapping into their network of local professionals to find out what makes Morzine such a popular family destination over February half-term.

One of their carefully selected and specially recommended ski instructors, Sally from The Snow Institute, gives advice on how to make the most of Morzine and neighbouring resort, Les Gets amongst the masses of British skiers this half term, as well as her personal tips on lunch spots, and where to ski when. 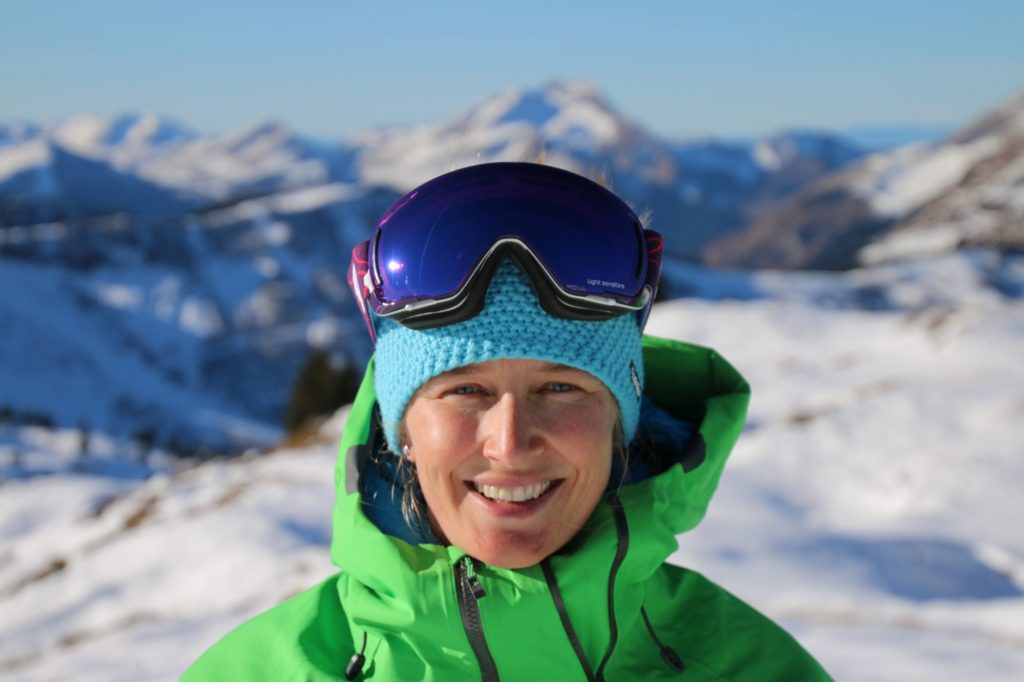 What makes Morzine so popular at half-term?

“Morzine is very much a family-friendly resort. On the slopes there is a lot of cool runs for kids. Off the slopes, there are lots of activities that kids who don’t ski can enjoy. Morzine’s tourist office really make an effort throughout the season, hosting events, theatre shows, and activities in the centre of town for children to get involved in. The result is the resort has a warm, lovely feel to it, with a great mixture of ski terrain for the whole family to enjoy.

What’s so good about learning to ski in Morzine?

“There’s a great beginner area, at the top of The Pleney, for everyone who can access it via the Pleney Telecabine in the centre of town. This means that everyone gets to experience the mountain as most ski lessons begin there. There’s a new magic carpet with a nice beginner green nursery slope to learn on too. You’ve also got the penguin run which is great; it has tunnels, obstacles and jumps for kids to enjoy. Then you can ski through the Chemin des Zou Zous route which is great for kids. It has a flat winding road which travels through the trees all the way down to the bottom on the mountain with animals to be seen along the way. 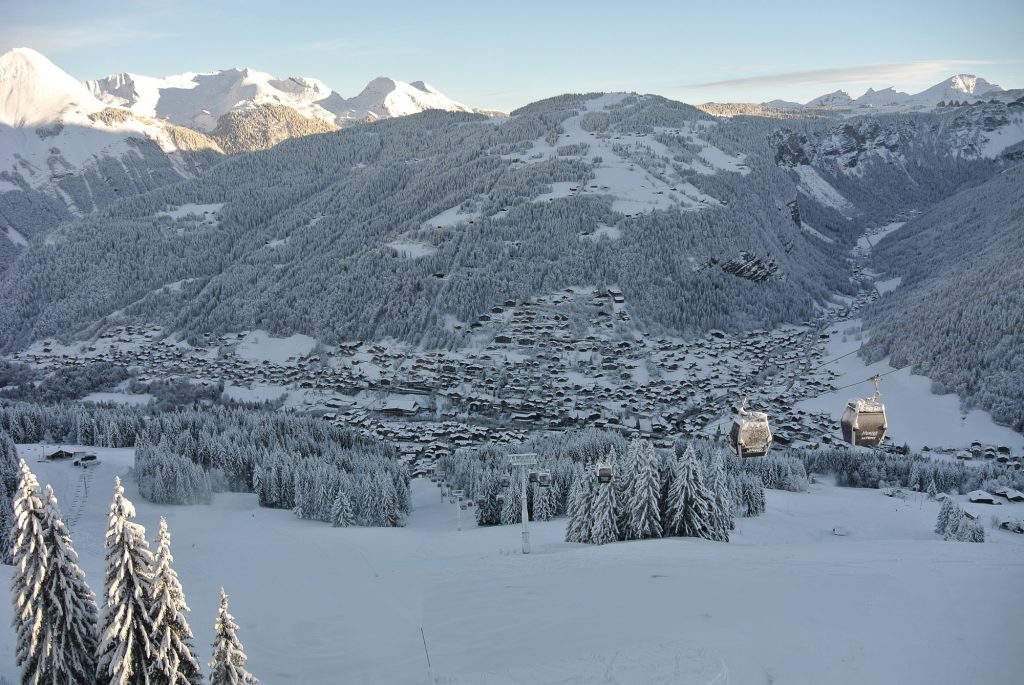 Can you let us know how to have the best day skiing in Morzine during ­­a peak week like half-term?

“The key is getting out early to the gondola, before the French ski schools start; get straight out skiing with no stress or queues. I recommend skiing for two hours – to avoid the Belvedere queue from the top of the Gondola head down the Grizzli run (Piste G) this run goes through the trees and is always quiet in the morning.

“Then, head up towards Nyon on the Pre-Favre chairlift. Getting out of the main hub is the best thing to do away from the crowds – Nyon is always quiet in the morning but then gets much busier in the afternoon; skiers tend to follow a pattern, so we do the opposite because it’s quieter in the morning! Nyon’s in the shade, so maybe take an extra base-layer to stay warm! For the more hardcore, head up to Chamossiere from Nyon; there are some amazing views of the mountain ranges up there and a great red & black run.

“After a couple of hours skiing in Nyon, go to La Cornette at the top of the Pre-Favre chair for a mid-morning hot chocolate and recharge, there is a warm fire and great hot chocolate. If there’s bad weather and visibility in Nyon, go to Chez Nannon; a small and cosy ideal spot in bad weather, great food too!

Where to go Pre-lunch?

“The slopes are really quiet between 12 and 2, so take advantage of this time by nipping over to Les Gets whilst everyone else is having a long lunch. I recommend skiing down the Bruyère blue run to the Chavannes chairlift and then work your way over to the Ranfoilly bowl, followed by the Ranfoily chairlift or going up the Charniaz chair to drop straight into the reds in Ranfolly. There are runs for everyone here, with four lifts to choose from and some nice off-piste tracks between red, blue and black runs in the bowl. 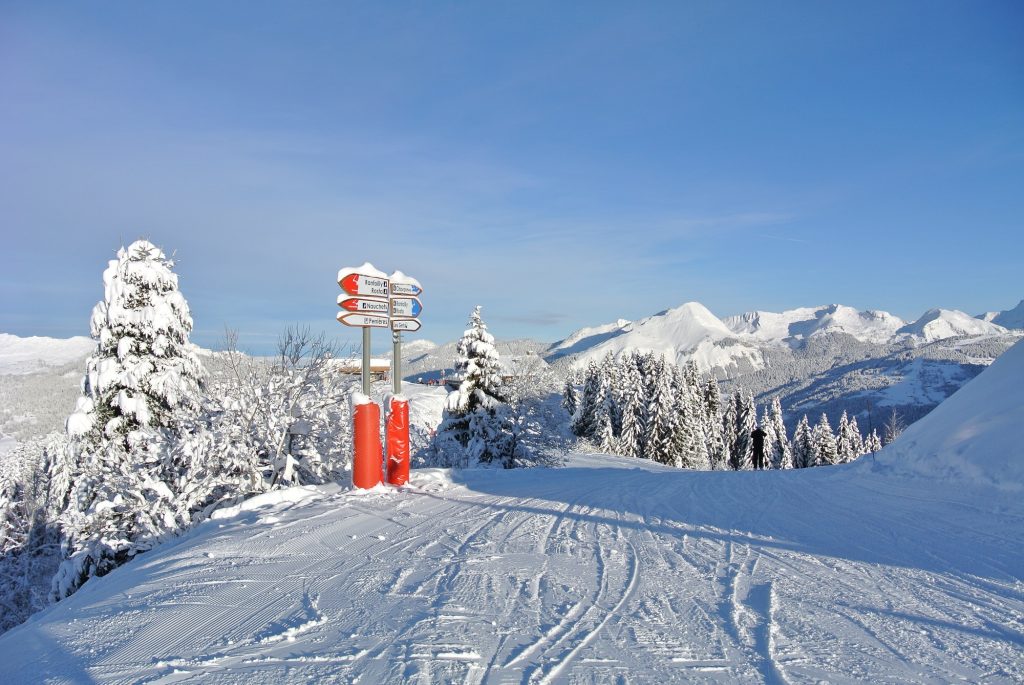 Where do you recommend going for a late lunch?

“An easy and quick option for everyone in Les Gets with a great menu is La Rosset’taz at the top of the Rosta chair is great! Another option would be La Paika – all of the fish and meat is grilled outside on an open BBQ, whatever the weather. They have a garnish of the week and a selection of desserts which are incredible.

“For Morzine, I recommend going to Le Vaffieu restaurant for a later lunch at the top of the Belvedere – the food is homely; Spaghetti Bolognese and burgers, and the portions are good. It’s a great spot for beginner and intermediate skiers to meet if you’re in a group of mixed-ability skiers too. Book in advance as it gets really busy during peak-week. 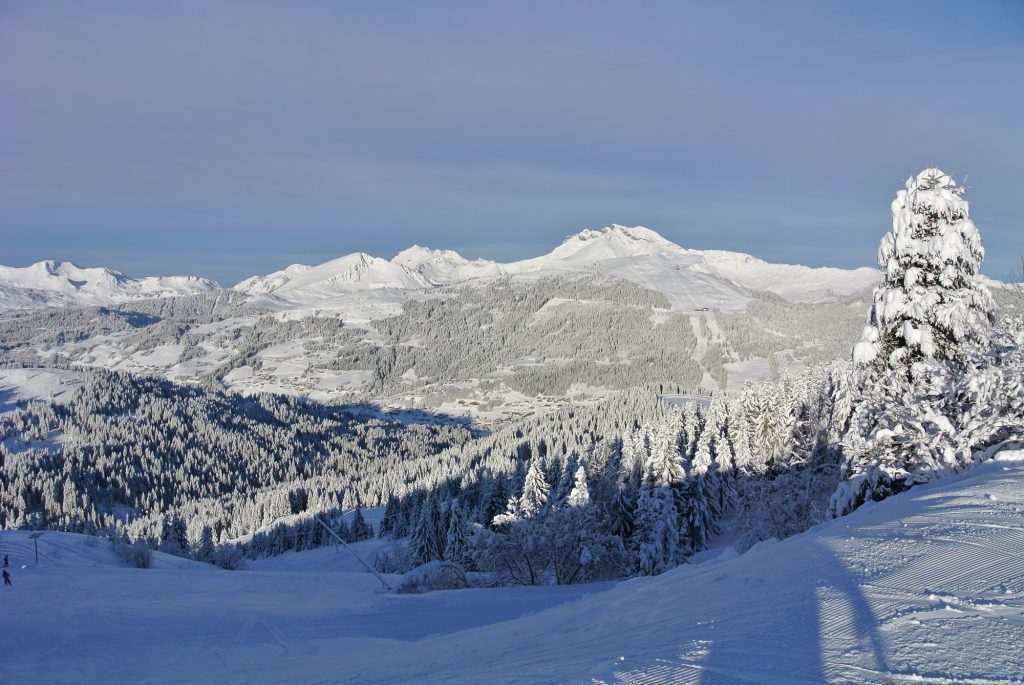 “Following a late lunch, I suggest carrying on skiing in Les Gets and head over to Mont Chery. It’s always quieter, and quite the hidden gem. My favourite runs for the end of the day are in Les Gets; Rhodos (red) Cyclamen (blue) runs that tend to not get trashed throughout the day. If you prefer to ski closer to home, then the front face of Pleney, Morzine has got some great red and black runs, they always stay in good conditions as no one knows they are there! Head to the Atray lift to find them.

“Generally, there’s a lot more hard, challenging terrain than you think in Les Gets and Morzine – there’s a lot of really accessible off-piste with a good turnaround, you have little travelling between off-piste runs and good access to chairlifts to go back up and do it all over again.

Where would you recommend a family of 4 go for dinner in the evening?

“The cuisine in Morzine is incredible; there’s plenty of locally sourced French food to choose from. A popular one is L’Etale and Clin D’oeil. We love La Grange – the duck Shepherd’s pie is to die for, as is their wild boar stew – they have a small menu, but have classic French meals.”

One piece of advice for anybody visiting Morzine?

“If you are walking to and from your chalet and haven’t rented skis from a shop in town, rent a ski locker at the bottom of Pleney. They are beside the ski pass office and always handy for leaving kit when you have lots of tired kids.”

What’s your most memorable thing you’ve done in February half-term?

“There was one Feb half-term where we skied amazing powder on Mont Chery! It was our day off over the changeover weekend and a group of five TSI ski instructors decided to go and have some fun, it was well worth it. You definitively don’t want to drive anywhere during half term weekends as the roads are too busy. As a ski instructor during Feb half-term, the most appealing thing to do would be staying at home and watching tv!” 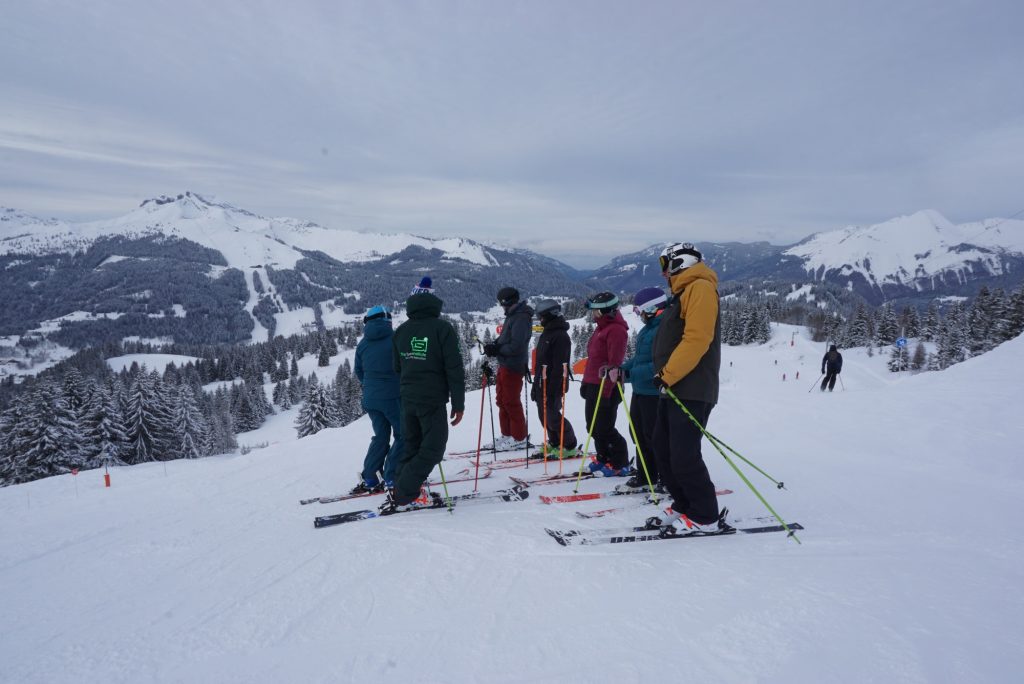 More useful advice for a family visiting Morzine in half-term

“The night-sledging, ice-skating – indoors and outdoors, and snowshoeing are great things to do away from the slopes on the evening. Enjoy a game of ice hockey and cheer on Morzine’s local team, The Mighty Penguins, who play every Wednesday evening.

“If the weather’s not great, there’s also an indoor pool in Parc des Dérêches. It has a 25-metre pool, large children’s pool and paddling pool, and an adult-only area with saunas, steam rooms and a relaxation room… now that does sound tempting!”

Going skiing in Morzine for February half-term? Share your #ongosamemories for a chance to win £500!

An Enchanted World of Light in Les Gets