VERTICAL CHALLENGE – What’s it like to do your first ski touring race?

When I flew to the French Alps for an introduction to ski touring I didn’t imagine I would take part to one of their most exciting new ski touring competitions.

I’m in Les 2 Alpes to take part to the second edition of the Challenge Vertical, a ski tour competition organised completely in house by the resort. Everyone from beginners to elite  athletes take part, and this is the unique appeal of this event – it’s open to everyone. Ski touring is becoming increasingly popular, as the growing number of participants in the race demonstrates. 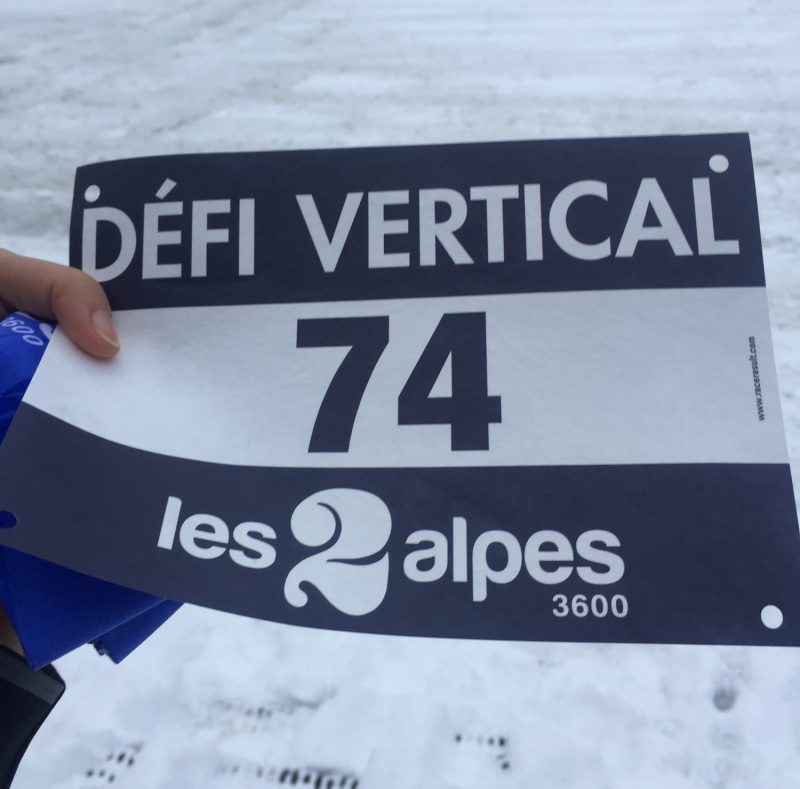 It’s 7am and everyone is gathered by the tourist office, ready to register. I hand over my medical certificate to testify I’m fully able to take part, get my bib, grab some snacks and go back outside to put my skins on my skis. The start of the race is at 8am, before the opening of the slopes.

Perfect as a training competition, the event gathers 118 ski touring enthusiasts. Everyone places themselves on the start line (1600m metre elevation) according to their level. I decided to take it easy and placed myself at the back. A good decision it seemed, as the skiers at the front literally ran off when the clocked struck 8! The competitors started to line up behind each other, small groups already forming before they disappeared off into the fog. The race is divided in four stops; 2100m, 2600m, 3200m and 3600m, the top of the glacier.

After a slow start I realised it would be a long way to the first stop. Considering myself quite sporty I thought I would be alright with the distance, but I forgot to take into consideration the altitude factor.  So, sliding slowly but steadily, I found my pace and made my way to the first stop in less than an hour – the time limit is 90min for each stop. This gave me a little boost to keep going and reach my goal of 2600m, a climb of 1000m. Each metre of elevation gained came with a strong sense of satisfaction.

Despite the weather conditions and my mild exhaustion, I still took time to look around and appreciate the extreme silence. It was an incredible experience to be one of the few on the mountains before it opens to everyone.

The team of volunteers cheering you on at key points on the way up really do inspire you to keep going. This is very much appreciated as on several occasions I was very close to giving up. It’s very tiring, but with shaking legs that I reached the second stop just on time. The last couple of hundred metres were by far the hardest.

But what an experience! Competition aside, it’s about pushing your limits above the race itself. Would I do it again? Definitely! 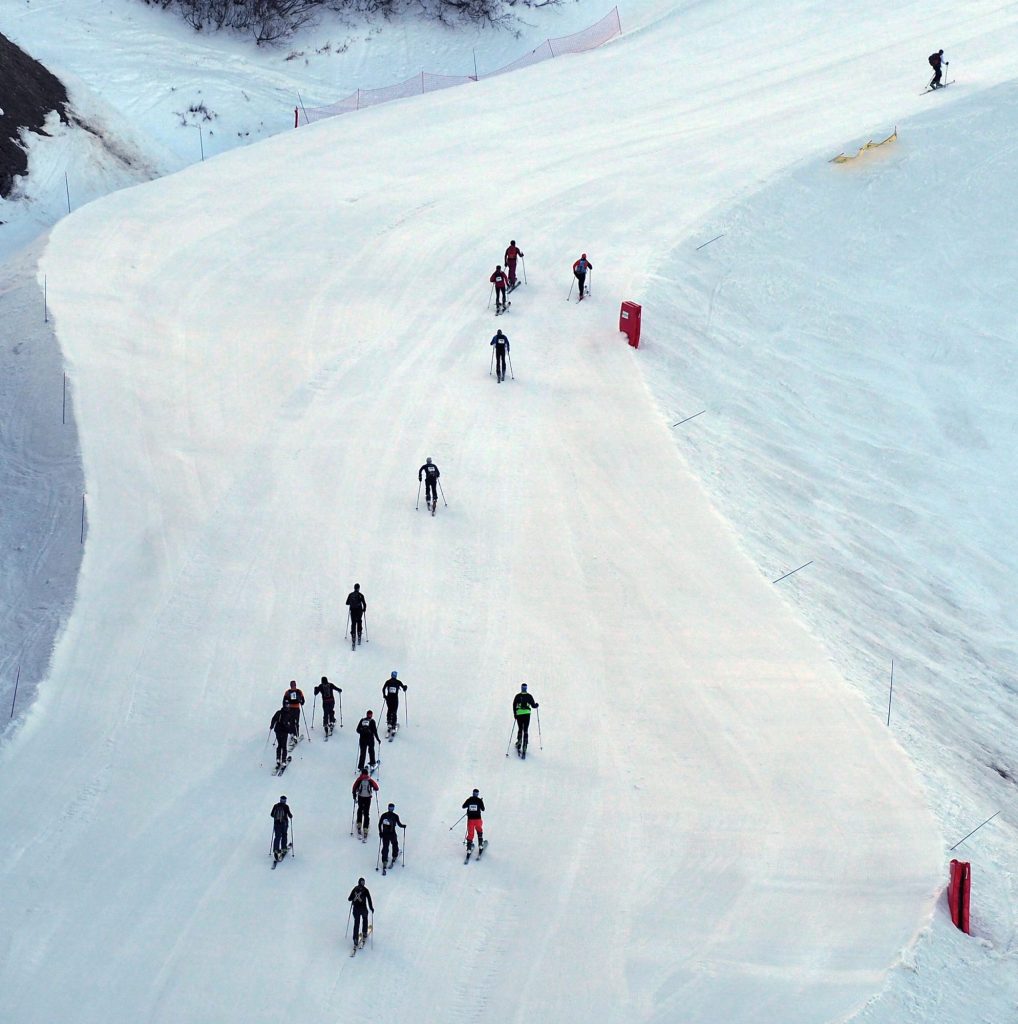 Ski touring and exploring the snow beyond the groomed pistes is a hot trend at the moment, in keeping with a general growing appetite for adventure. Ski touring sees a growing number of ski athletes keen to discover the joys of being away from the crowd. It’s a strong trend which is undergoing considerable change at the moment, with enhanced equipment emerging each year, complete with the latest innovations like lightweight and carbon–enhanced constructions. The ascents are physically very demanding and ski tourers want to avoid carrying any unnecessary weight.

The huge advances in ski equipment and technology have made the discipline more accessible than ever, to the extent that any intermediate skier can have a go and expand their horizons. French resorts are leading the charge, implementing initiatives to encourage participation and progression of the discipline. They are also developing educational experiences for those looking to get into ski touring in safe conditions.

Les 2 Alpes in particular had three circuits dedicated to ski touring, perfect on which to practice and get fit. The resort also organises ski tourist nights where you ski up the slopes with a headlight and enjoy a dinner in a mountain restaurant before skiing down by night.

It Has to Be Isère