The impact of climate change has been well documented. Temperatures are rising, winters are becoming shorter and the weather is becoming increasingly unpredictable, all of which is bad news for Scotland’s ski industry.

Last year, a report from the Climate Coalition warned that Scotland’s Skiing industry could collapse within as little as 50 years as temperatures continue to rise and become too warm for regular snowfall and also predicted a 60 per cent reduction in snowfall in the country by 2080.

Startling statistics for a country with such iconic and historic snow resorts.

Three resorts, Glencoe, the Lecht and Cairngorm, have reacted to the problem by introducing all-weather snowmaking machines which can create limited amounts of snow even when temperatures are above freezing to help their slopes stay open for longer.

However, with the unpredictability of snow, British athletes have had to ditch the slopes of Scotland for the likes of Switzerland and Austria where reliable snow cover is much more certain. 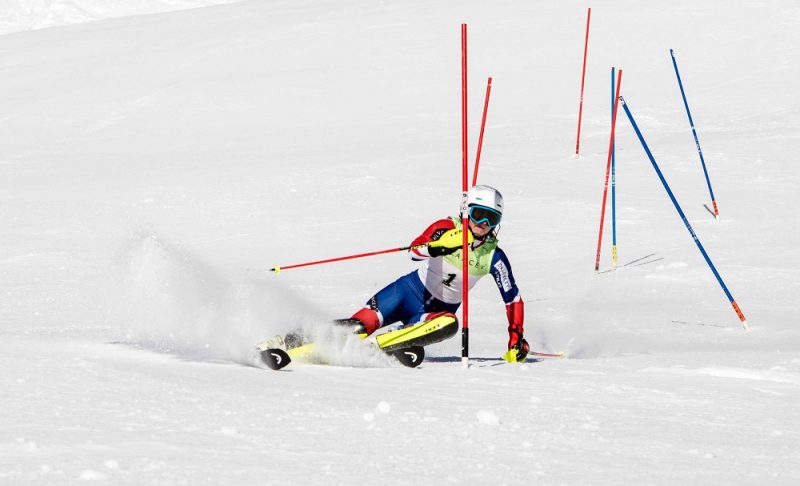 Charlie Guest, 25 (pictured above, credit Vanessa Fry), was part of Team GB’s Winter Olympics team for the Pyeongchang games in 2018 (women’s slalom), having her first taste of skiing on the slopes of Cairngorm at an early age.

Now she is just one of many athletes who have to ply their trade elsewhere.

“I don’t spend much time in Scotland,” said Guest.

“We’re based in Austria during the winter so from November through to April we’ll be in Austria then throughout the summer months we’ll be on the glaciers in Switzerland for example or down in New Zealand.

“The conditions in Scotland don’t really lend themselves to me being able to train properly.”

“When I was younger, I only skied in Scotland until I was 11 years old. That’s where I did everything but now the conditions aren’t good enough and the whole infrastructure isn’t quite there yet.

“We don’t have the reliability of the snow so we can’t actually plan on having any camps back here because you just don’t know whether there’ll be any snow – it’s easier to stay out in Europe.

Times have changed. Quite simply, the weather in Scotland doesn’t lend itself for athletes to train anymore, although this wasn’t the case until a few years ago. 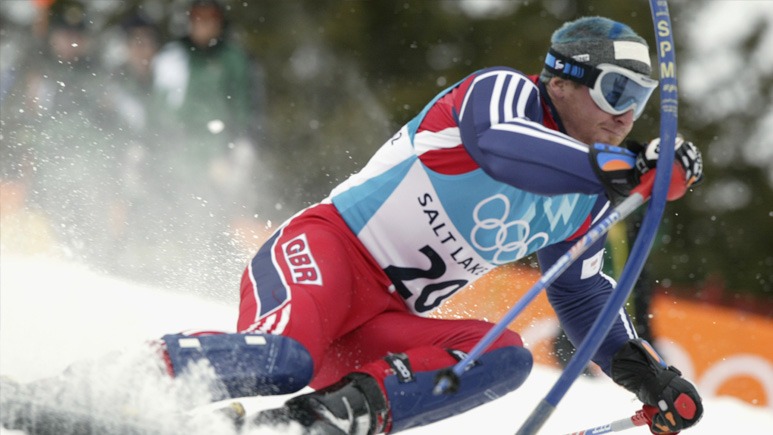 In 2002, British skier Alain Baxter won bronze in the Winter Olympics in Salt Lake City (before being controversially stripped of his medal). He was nicknamed ‘The Highlander’ as he learnt his trade in the Scottish mountains of Cairngorm – not an unfamiliar sight in the past with the British team regularly training in the resorts of Cairngorm and Glenshee throughout the 1970’s, 80’s and early 90’s.

Now however, Baxter is a worried onlooker where skiing in his native country is concerned.

“A lot of the kids are out in Europe now which is brilliant and gives them a stronger start in the sport but I skied as much as I could in Scotland.

“I’m aware of what’s going on in Scotland. It was great when I was growing up as there was snow the whole time, you could pretty much guarantee it.

“The weather has always been an issue in Scotland but on a great day it’s as good as anywhere. It’s a difficult one, it’s so unpredictable.

“I’m worried, of course. This is where I was brought up and I want to see it work and see people enjoying themselves in the mountains of Scotland.

“In years like this, where the season doesn’t really start until you do get that dump of snow which gives you two weeks of skiing, it’s worrying. You’re always hoping for that snow and it’s been a fingers crossed moment.

“It’s been a particularly bad snow season. Fingers crossed the snow comes back next year; I mean what can we do bar being greener? Is it reversible? Can we help it?”

It’s not just athletes that are concerned.

After all, skiing is not only the preserve of its professionals, what about the impact less snow is having in the resorts?

Matt Chilton has been the voice of British Skiing on British television for the last decade commentating on Alpine Skiing for the BBC and Eurosport amongst other sports.

He says that he fears for the future of Scottish Skiing, not just in relation to climate change but for the effect it has on peoples’ livelihoods.

“I always keep an eye out for what’s going on weather-wise in the Scottish ski resorts. I’ve skied in three of them over the years and this year their winter season didn’t really begin until February.

“I definitely worry about the future of Scottish skiing.  Jobs are being lost, livelihoods are being ruined. It’s really hanging on a knife-edge. I think if Scotland suddenly had two, three or four really good winters with lots of snow then it could probably be saved but it’s the unpredictability of the snow.

Matt Chilton’s words are a chilling reminder to those involved in the Scottish skiing industry that climate change is increasingly threatening their livelihoods. Whilst Scotland’s elite skiers may have opportunities to ply their trade in the mountains of Austria and Switzerland, the less fortunate majority will be spending the rest of the year with their fingers crossed.