I Never Knew You Could Ski There: Albania

Albania, a country which hugs the Adriatic Coast across from Italy, sandwiched between Greece to the south and Montenegro to the north, is a country little known to most of us in Northern Europe. Like its neighbours, it’s a country full of beautiful scenery and stunning mountain ranges, peaking with Mt Jezerca, at 2,693m in the Dinaric Alps and a little higher still with Mt Korabi (2,751m) in the Morava mountains. Like its neighbours again, it also usually gets plenty of winter snowfall, despite its southerly latitude. But are there any ski areas?

Part of the reason why it’s harder than it ought to be to find the answer to this is that Albania was Europe’s most secretive state for much of the latter half of the last century, with a hardliner communist dictatorship. Rumours of ski areas sometimes slipped out, but it was hard to discover if there was a ski lift and whether you could enter the country anyway. Thankfully, since the turn of the century, Albania has become a more normalised society. We now know there are a few rudimentary ski centres, but nothing as developed as the centres in neighbouring nations. 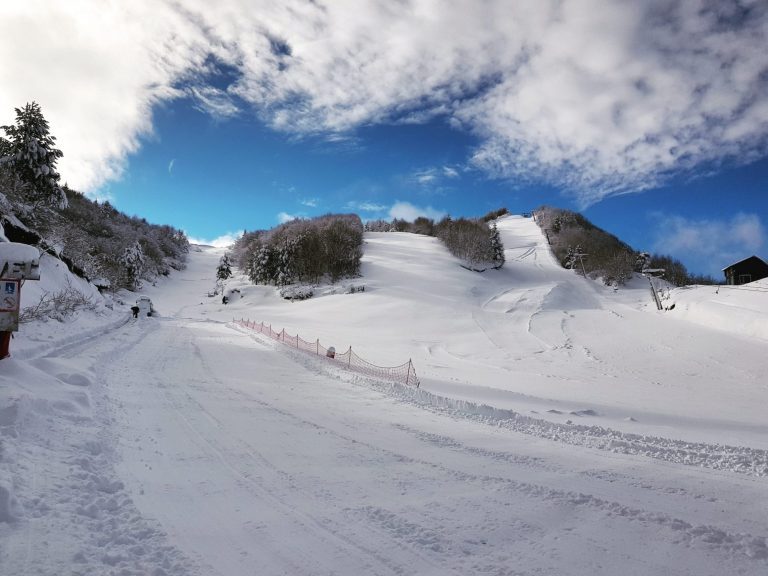 The largest is still pretty small, Ski-Pista Bigëll, which has two lifts (one of them donated by Courchevel apparently), serving about a mile of ski runs and less than 100m of vertical. It’s located in the far south of the country close to the Greek border.

The ski resort Bigëll Dardhë is located in Albania. For skiing and snowboarding, there are 1.3km of slopes available. Two lifts transport the guests. The winter-sports area is situated between the elevations of 1,585m and 1,663m.

But if you want a fast introduction to all that Albania’s mountains have to offer in winter, there’s now a heli-ski operation, simply known as Heliski Albania.

“Heli-skiing in Albania is a really unique experience, with some breathtaking views of a wild, rugged mountain range that few have had the chance to ski in. From the rolling alpine bowls to the steep chutes, there’s something to offer skiers of any type. The deep coastal snowpack resembles what you might find in BC or along the west coast of the USA, creating pillows and spines not usually seen in most of Europe,” a Heliski Albania spokesperson enthused.

The company has access to a remarkable 1,500km2 of mountains, with nine different zones. The Prokletije area, a subrange of the 1,000km-long Dinaric Alps, has a steep topography and glacial features with vertical descents of up to 1,800m possible in the Valbona, Grbaja and Ropojani and Cijevna Valley.