[SNOWHUNTER] Skiing is Bigger Than Brexit

It seems fair to say that the UK leaving the EU was not something most skiers or boarders wanted, and most feel shocked and some angry that the majority of the population in England and Wales have voted for Brexit.

What surveys there were of skier opinions before the vote showed large majorities to stay in Europe, which were reflected in the vote by younger people and most larger cities, including London.

This statement from the company that includes the UK’s largest ski holiday operator, Crystal, kind of sums up the mood.

“The EU without the UK is barely conceivable but we respect the democratic decision of the British people and trust the UK government will take all steps necessary to ensure economic and political stability and to ensure that British holidaymakers will not be affected by the UK´s decision to leave the EU,” say TUI

But despite TUI’s trust in the UK government, there’s also some fear about what the consequences of the Brexit decision may be if you want to travel outside the UK’s borders in future – which is something you’ll most likely choose to do if you want to keep skiing.

Companies working in the ski industry have begun to publish statements and launch initiatives to re-assure skiers and boarders that just as it should keep snowing in the mountains next winter, so our ski holidays should be largely unaffected.  The underlying message is, don’t panic! 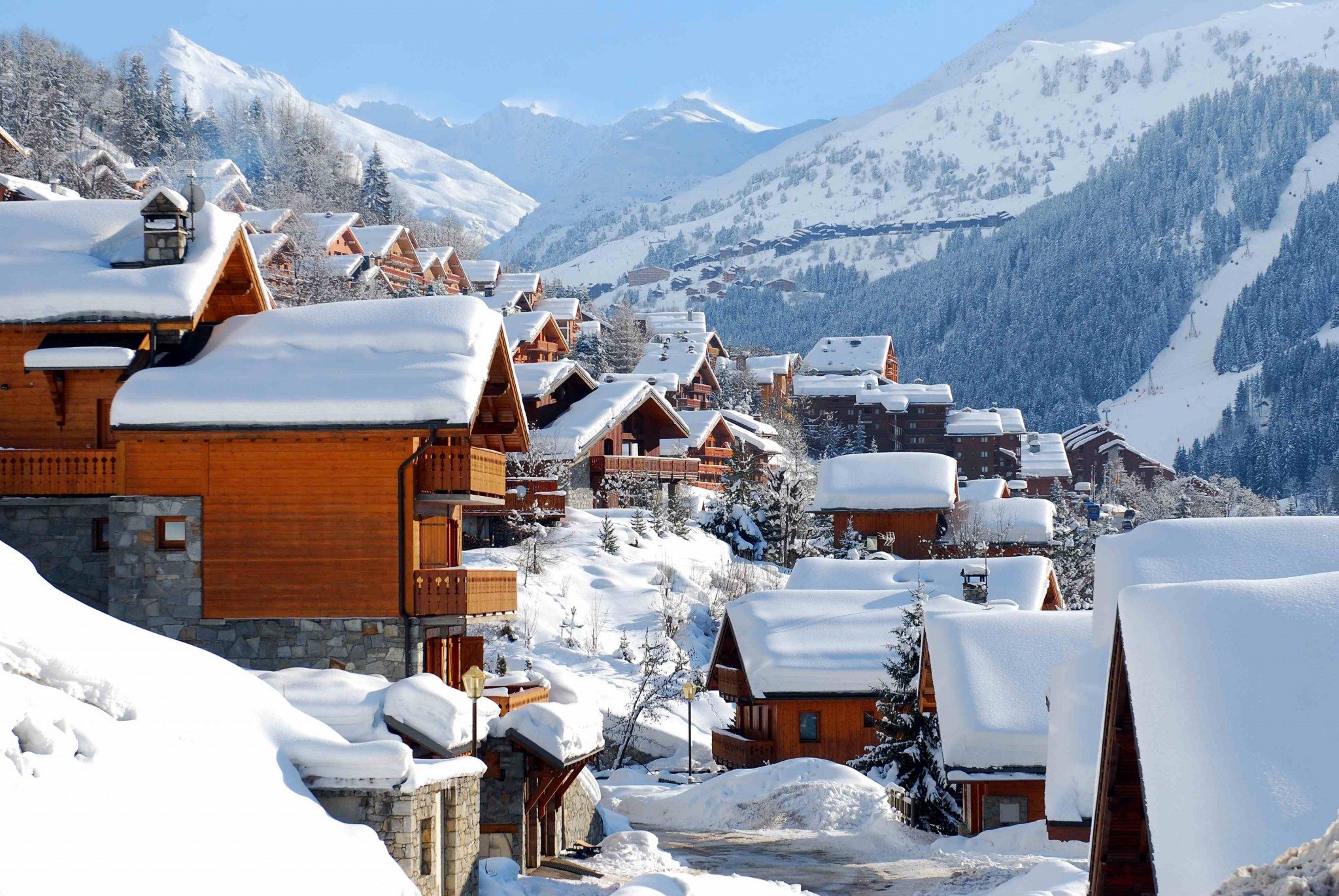 Although the UK has voted out of the EU and the EU now seem keen for the UK to get on with it, the general view is that it will take several years for Britain to leave and it’s business as close to normal as it can be until then.

It may even be that those who encouraged UK voters to decide to leave the EU – which included most newspapers – know what they’re talking about, and despite the current instability we end up better off in some way in the long run.

There’s clearly great uncertainty at present about what value the pound will eventually settle at and its value is affected against all currencies in all ski nations around the world not just the EU ones.

But (so far) the fall in value is not quite so catastrophic in all cases as the “31 year low against the US dollar” reports may have you thinking.  Even after the current turbulence the pound still buys many more Euros than it did a few winters back for example,

Paul believes that if rates hold, guests should find their spending money goes about as far as last winter in bars/restaurants and that tour operators will be able to offer lift passes and lessons at very similar prices to last winter.

Some larger tour operators will have engaged in a practice known as “buying forward” in an attempt to future proof themselves to some extent against cost rises (partly in anticipation of the Leave vote winning) and it was possible to get 1.3€/£ until the middle of last week. 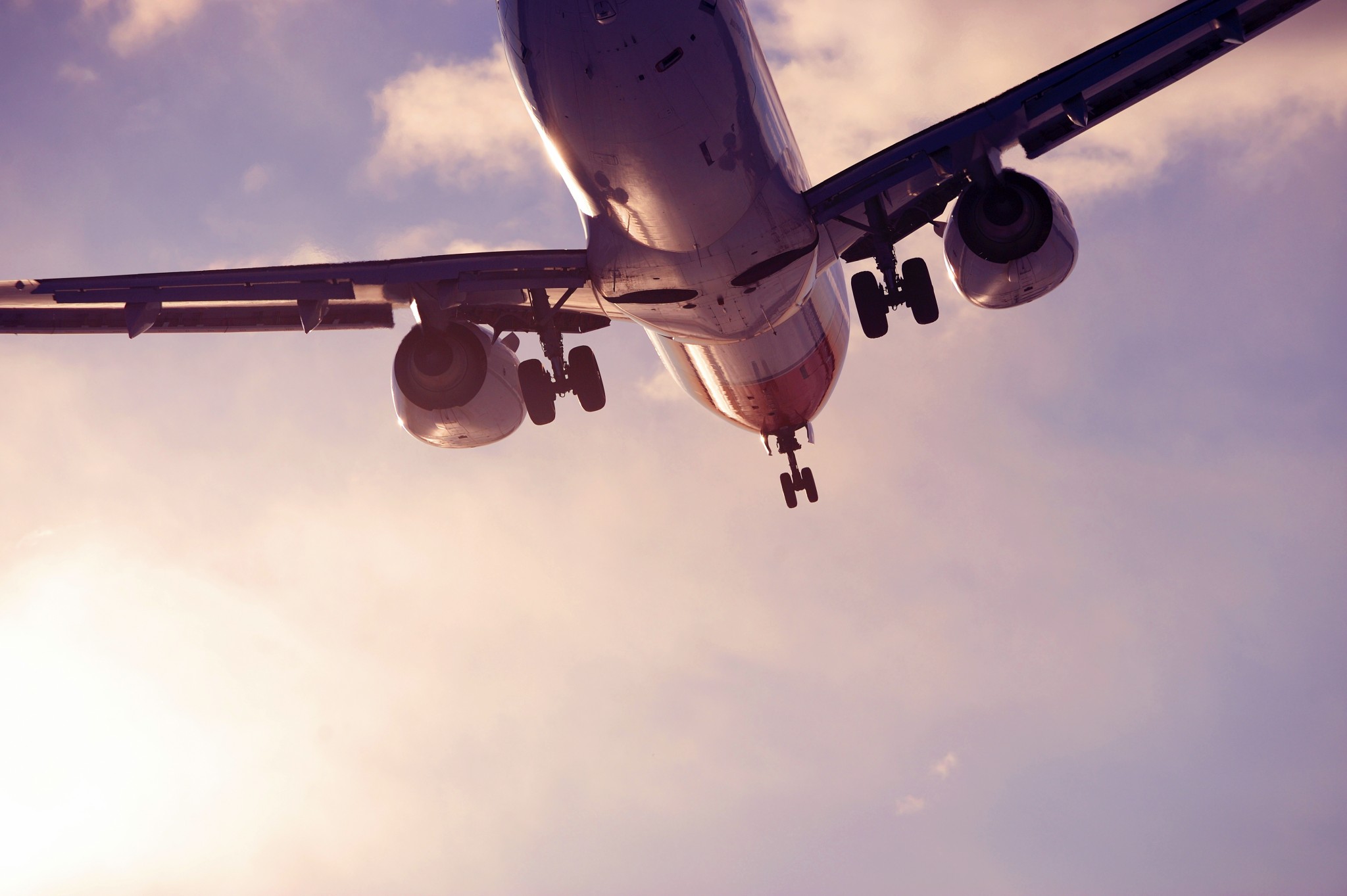 Depending on what deal is struck, leaving the EU may or may not impact the ease of travel we’ve enjoyed in recent decades.

There are fears of how much more difficult it may be to enter EU countries once we are outside the union than it is now, but then it isn’t currently any harder to enter European countries also outside the EU like Norway or Switzerland.

Fears have also been expressed about the future of the EHIC European Health card which entitles EU citizens to the same healthcare rights as citizens of whichever EU country they’re visiting; and that being outside the EU may make costs higher for UK based airlines (Easy Jet has been badly hit in the initial turmoil) but as yet no one really knows what the outcome will be. 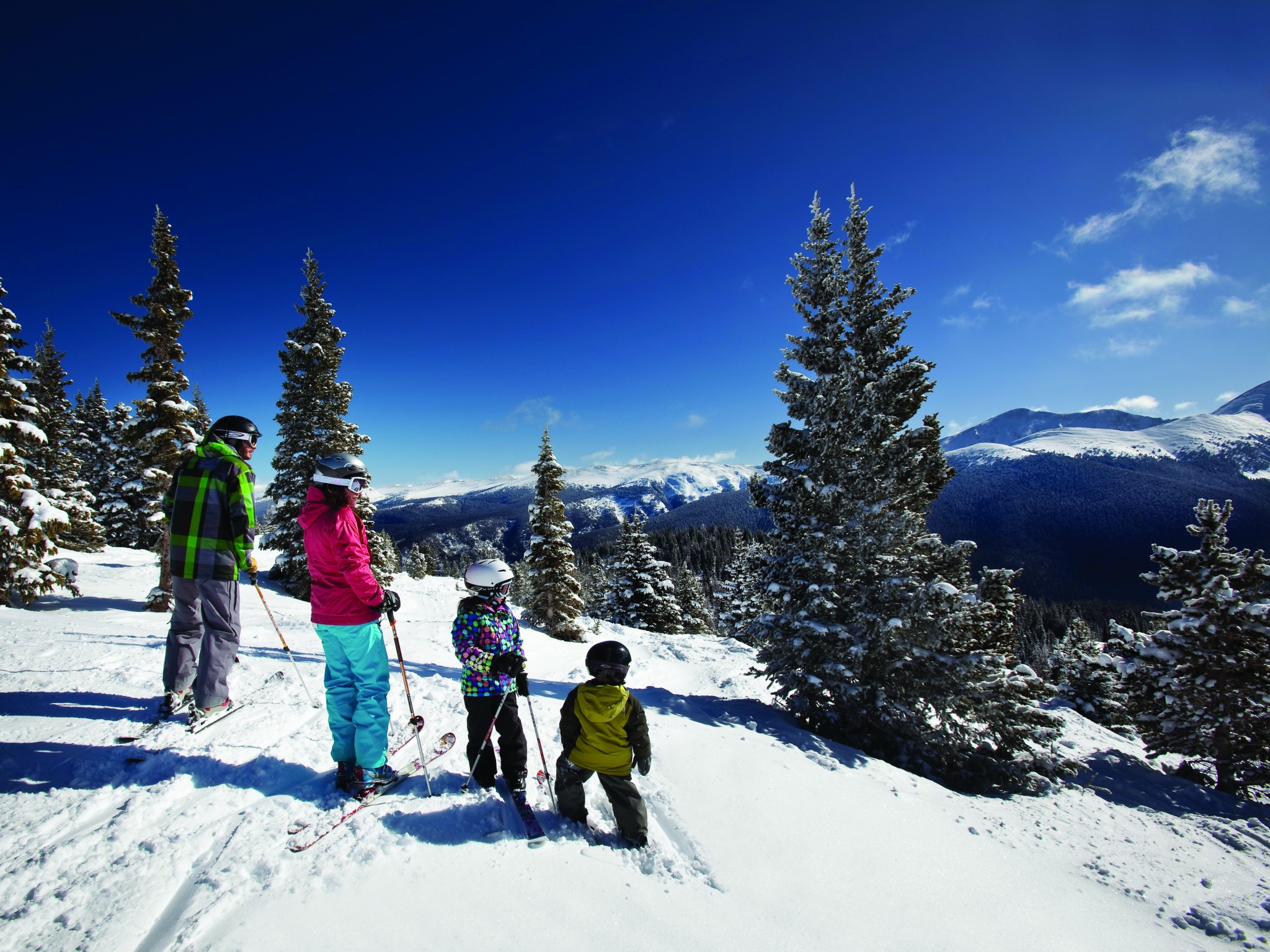 Tour operators are of course business people and the main fear at present is that uncertainty will prevent people from booking ski holidays for next winter through the summer.

But there’s at least some evidence that skiers are booking regardless,

“Having worked in Europe for 34 years we are very disappointed in the result of the referendum but life – and ski holidays – go on! Nothing will fundamentally change for a couple of winters we think. In the short term, however, Le Ski’s special offers end on 1st August so our advice is to grab a bargain chalet holiday while you can…” says Le Ski company boss Nick Morgan.

“Let’s stop focusing on who voted what, spreading hate on social media and focus on our businesses. We all need to remember that people will still come skiing. I sold 3 whole chalet bookings in the past few days (day of and post referendum),” agrees Francesca Pangli, Owner and Director of Powder N Shine.

“Powder N Shine started in the last recession and we don’t plan on ending in the next one. There really is nothing we can do except to face the challenge head on. I will be investing in my marketing to ensure we sell as much as possible, and I have just employed someone full time so I can focus on sales. I’m investing,” Francesca added.

Some tour ops are already offering ‘Brexit discounts’ to try to encourage fresh bookings and most are moving to confirm that prices will stay the same for next winter, for the time being at least.

“We appreciate there has been a lot going on over recent weeks and planning your skiing holiday probably hasn’t been at the top of your list!” a statement from tour operator Ski Total reads, continuing “…So to help you plan ahead now, as the referendum dust starts to settle, we’ve frozen our prices at pre-Brexit levels, so you can still take advantage of the pre-referendum strength of the pound, and get the most for your holiday money. Take advantage of our Prices Frozen offer …before prices unfortunately will have to increase to reflect the less advantageous Pound/Euro exchange rates.”

“Ski Magic was around pre-Euro and survived the 2008 economic crisis, so are hopeful that we’ll ride out the financial situation this time around, with some careful planning,” says Clare White who is the company’s owner and co-director, “La Tania – where our six chalets are based – is renowned for being a good value resort, so we hope that Brexit will bring new customers who are looking to ski on a smaller budget. We are still receiving enquiries and selling holidays at our same good value prices. As with many of our local friends in the business, we’re unsure what the future may hold but we’ll move forward and find solutions to whatever new legislation is introduced.”

In fact with most changes likely to result from leaving the EU some years away, we could soon see some “Last chance to ski whilst we’re all still in the EU together” deals coming up. 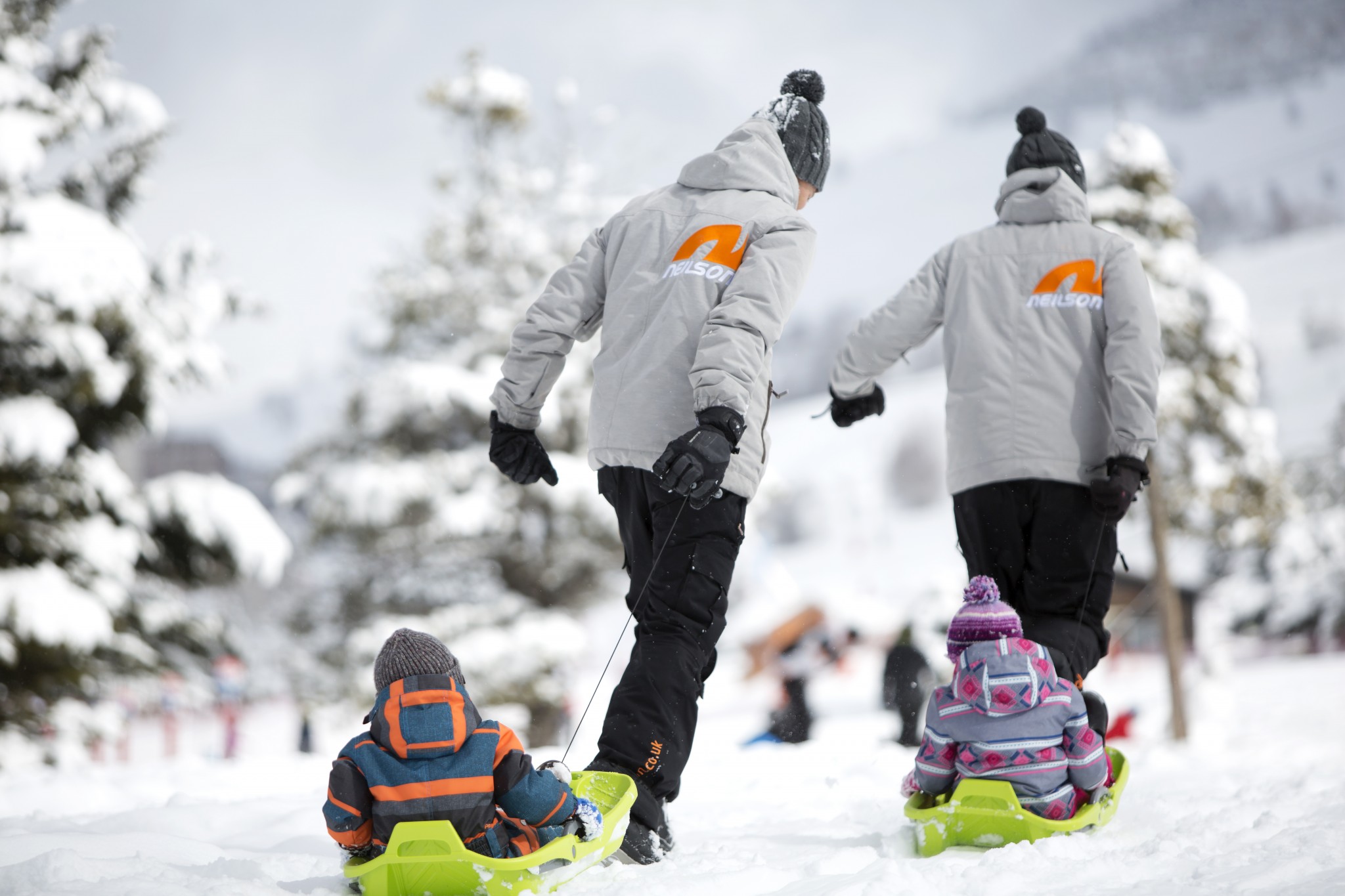 Many people voted for the UK to leave the EU because they were worried about EU nationals taking British jobs in the UK; but one of the fears now is that British workers will, in a few years’ time when the leave process seems likely to complete, face problems being allowed to work in EU nations.

“The issue is going to be staff employment from winter 2019/20 onwards,” says Paul Sugg, “Most tour operators will almost certainly have to move their operation to be EU-based, if not already there, to comply with employment, social charges and income tax legislation in their country(ies) of operation.”

“The two main concerns for us are the exchange rate and freedom of movement (of staff) which could see a raise in our costs,”  commented  Caitlin Smith of Ski Talini, “But while we’re waiting for answers, it’s business as usual for us.  We’ve already sold a good percentage of our weeks for next winter and we’re keeping our prices as pre-June 23rd.”

“I think from our side although Friday was a shock we are now firmly back in action and have no plans to change anything  in the next couple of year as I think the exit negotiations will take a long time. In fact we are still ploughing ahead with working on improving our offering and expanding slowly our portfolio,” adds Nick Williams, boss of Mountain Heaven, who concludes, “in the meantime we will work on a  contingency plan for around two years’ time in case we need to update the ski chalet holiday model.”

The Underlying Truth – Skiing is Bigger Than Brexit!

“Skiers are a resilient bunch and once you’ve got the bug it’s hard to get through the winter without a ski holiday!” says Clare White.

“Ultimately, we’re here because we love skiing and the mountains. The snow will carry on falling in the Alps, and we will adapt in order to survive!” adds Caitlin Smith.

Nick Williams agrees, “The snow will still come and people will still want to ski – maybe to get away from all the madness and chaos!”