From 6 to 19 February, Méribel and Courchevel will host the World Alpine Skiing Championships.

There’s great excitement in the 3 Valleys this winter as Méribel, in partnership with neighbouring Courchevel, hosts the biggest competition in Alpine skiing outside the Winter Olympics, the FIS Alpine Skiing World Championships, which take place every two years.

This winter it will be on the legendary Roc de Fer piste where the best Alpine skiers will compete to win the coveted title of 2023 World Champion!

On Monday 6 February 2023 at 11am sharp, the best female skiers in the world will be the first to set out down the Roc de Fer for the first event of the Courchevel-Méribel 2023 Alpine World Ski Championships. 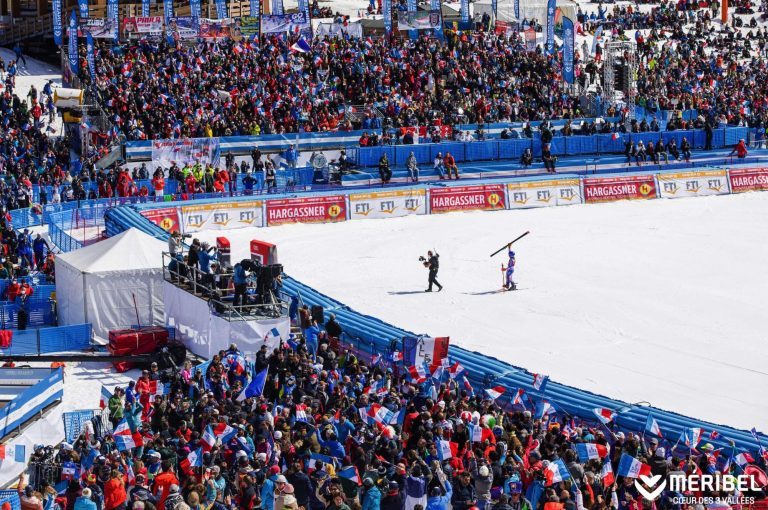 It is rare in Alpine skiing that an international event takes place in such a natural ‘amphitheatre’. The unique bowl-shaped setting, situated right in the heart of Méribel, will allow all the events to be watched in a jubilant atmosphere similar to that of a football or rugby World Cup stadium!

The 2023 FIS Alpine World Ski Championships will see more than 600 competitors, come together to compete in 13 events in all the key disciplines of Alpine skiing: Alpine Combined, Super-G, Downhill, Slalom, Parallel Slalom and Giant Slalom over 15 days. 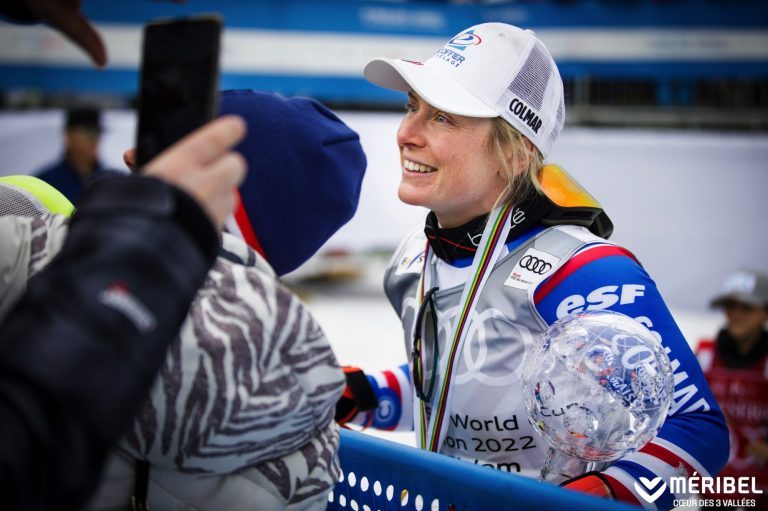 But the 3 Vallées are keen to stress that less than 1% of the terrain (so less than 6km of slopes) will be closed to the public due to the Championships leaving about 595km still open and still the most in the world. 85% of accommodation will remain open to holidaymakers during the fortnight of the Championships too.

Once complete Méribel will join a very small and elite group of world famous resorts that have staged Winter Olympic, World Championships and World Cup events.

Besides Skiing and Snowboarding