The last few years have been pretty good to Marcel Hirscher. The 2018/19 season saw him claim two Olympic gold medals and three FIS World Cup titles, meaning that he now holds a record seven consecutive World Cup titles and is renowned by many as the best alpine skier in history. The only way is up, or so it would seem.

However, this summer rumours have been running rife about what the future holds for Austria’s slalom star. A recent marriage and the birth of his baby son have convinced many that Hirscher would not be returning to the international racing circuit, instead focusing on his growing family. So is he retiring? Not quite. But he’s definitely rethinking his priorities.

“The last 15 years, they were completely 100% being a professional athlete” Hirscher explains. “Now with my private situation, a lot of other positive things are coming into my life and I can’t be able to manage both of them. But I’m not already ready to quit with ski racing, so my dream is to bring everything together but to make a little compromise with family, especially with ski racing.”

Hirscher’s decision to take a step back comes after one of his most successful seasons to date.

This is made all the more impressive when you consider that, after fracturing his ankle during pre-season training last summer, hopes for Hirscher’s 17/18 season were not high. 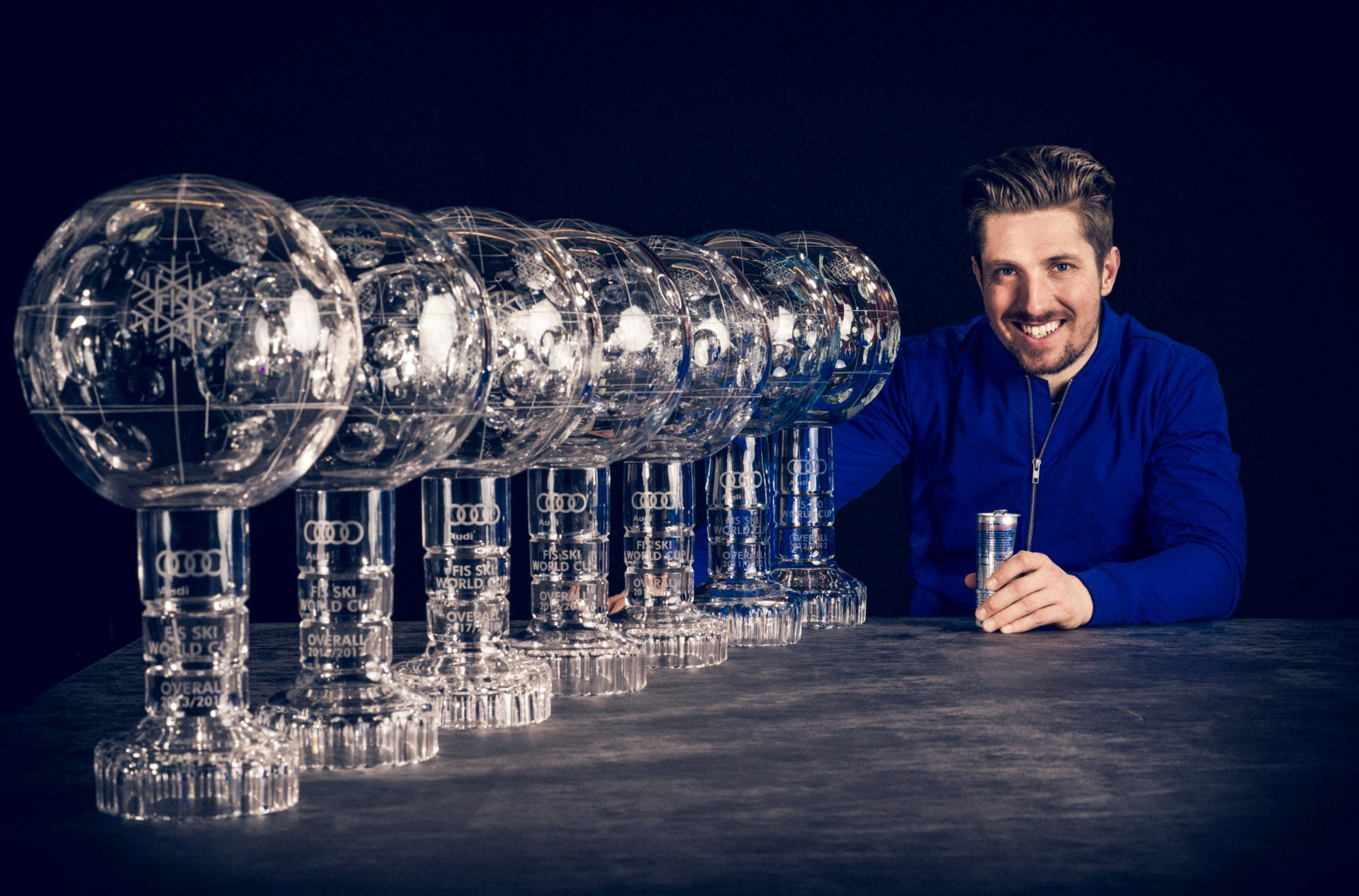 However, Hirscher himself believes that this injury was actually the catalyst for his most successful season yet; the lack of pressure placed upon him allowing him to relax and enjoy his racing.

“It hurt like hell but at the end of the day, it was sort of a free game, a free season for myself” he says. “It was wonderful, it was so unexpected that I was able to win already the early races, that was really a big surprise for all of us.”

However, the pressure that comes with being a top-performing athlete soon returned, and for Hirscher, this pressure is particularly intense. As we talk, chants of “Marcel Hirscher, Marcel Hirscher” begin to filter through to our ears; a crowd of young skiing fans having gathered at the entrance to the restaurant where we are sat. Austrian fans are renowned for being some of the most passionate skiing fans in the world and Hirscher is understandably their hero. It’s an adulation that provides him moments of incredible elation but also brings immense pressure. A mark of Hirscher’s own success, the expectations to perform are as high as they can be – failure is not an option.

“Second place is already a big disaster” he says.

“For me personally if I have done my best and I was able to show my best for the day, fifth place can be wonderful. But it is the people, the expectation is already that high that theres no feeling anymore. That is what I feel sometimes. The people they are not thinking anymore what is normal and what is not normal, they always think this wining, winning, winning performance is normal.” 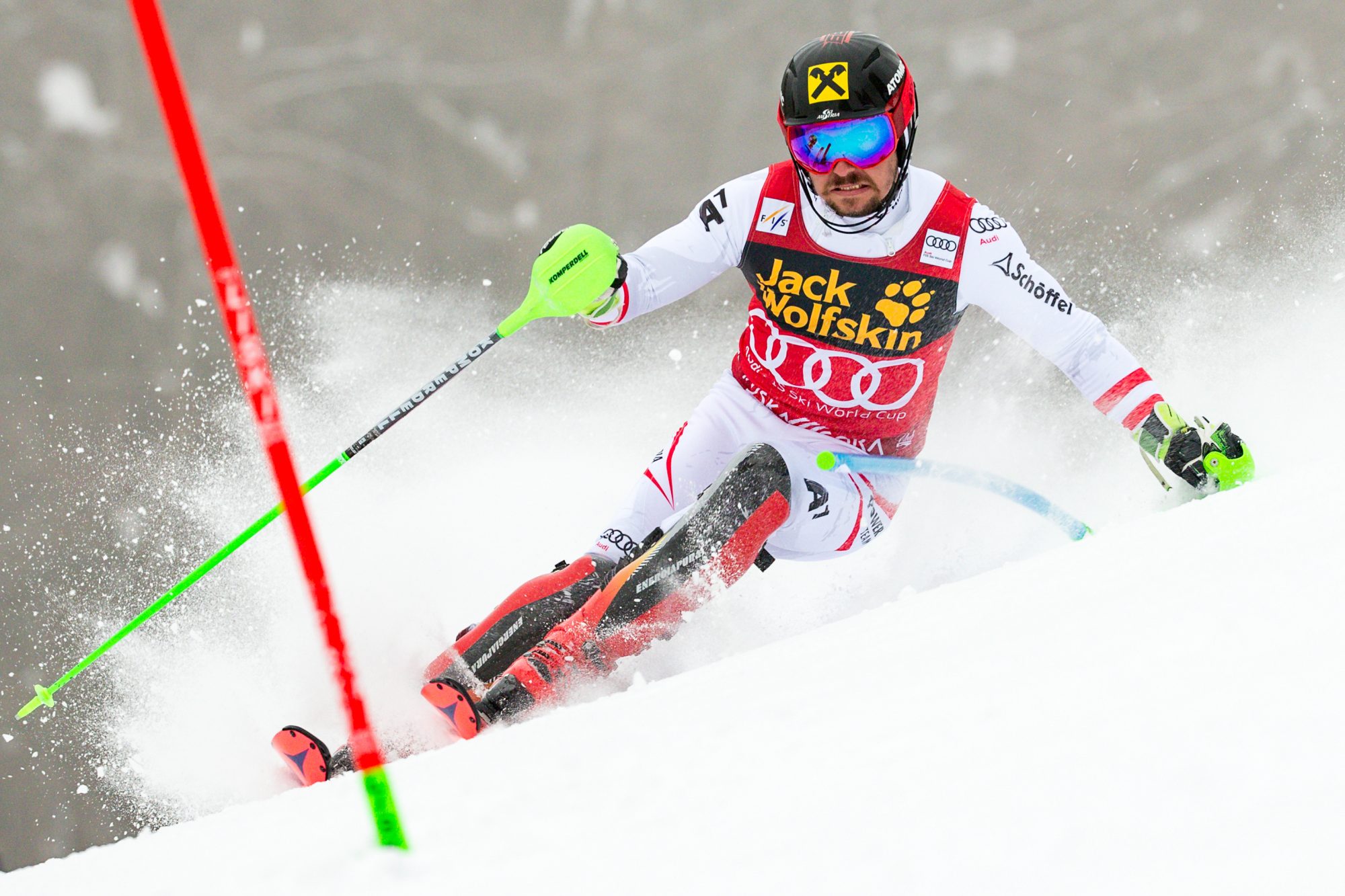 Despite this though, Hirscher is steadfast in his belief that he is not naturally the best slalom skier in the world. “I’m not the better skier, no no” he shakes his head. “But 95% of the races we are really on board with the equipment.” Indeed, Hirscher is a self-confessed ‘gear geek’ and wholly believes an athlete’s gear is the thing that can make or break an athletes’ race. “I will never win a race with a bad setup for the day” he admits happily.

“That is really sometimes the difference, that I have maybe the better setup on my feet for the day.”

Hirscher’s decision to wind down his career comes at the same time as another slalom superstar is hitting the peak of hers. Mikaela Shiffrin took home three medals at the PyeongChang Olympics, which somehow was actually quite a disappointing turnout, given that some had tipped her for five golds. In an era where Lindsey Vonn is pressing to be allowed to compete against men in the downhill, would Hirscher fancy himself in a slalom against Shiffrin? “Not really!” He shakes his head, laughing. How about against Vonn herself? “I mean it depends. Beating me for example, in Lake Louise in a downhill race – that’s not really hard! No really, that’s not really hard! But let’s talk about Kitzbuhel downhill…”

Hirscher is very aware of the advantages he has had as an Austrian, growing up surrounded by mountains. “Us athletes in Austria, we have everything – we have a team we have a federation, we have ski clubs, we have normal snow, we have perfect conditions, you can ski here everywhere” he acknowledges.

So what does he make of fellow competitor, GB’s top slalom skier Dave Ryding, who began his skiing career on Pendle Dry Slope? ”I saw on the TV in Austria a documentary of Dave Ryding” Hirscher says, “I was close to tears. I had goosebumps. That was unbelievable.” Admitting he has only ever skied on a dry slope once, he laughs, “usually in Austria we use these mats for our shoes and our feet!” before turning serious again. “To ski there on dry slopes, it is really hard. I mean really. If you really want it I think everything is possible and Dave’s story is telling us exactly this.” 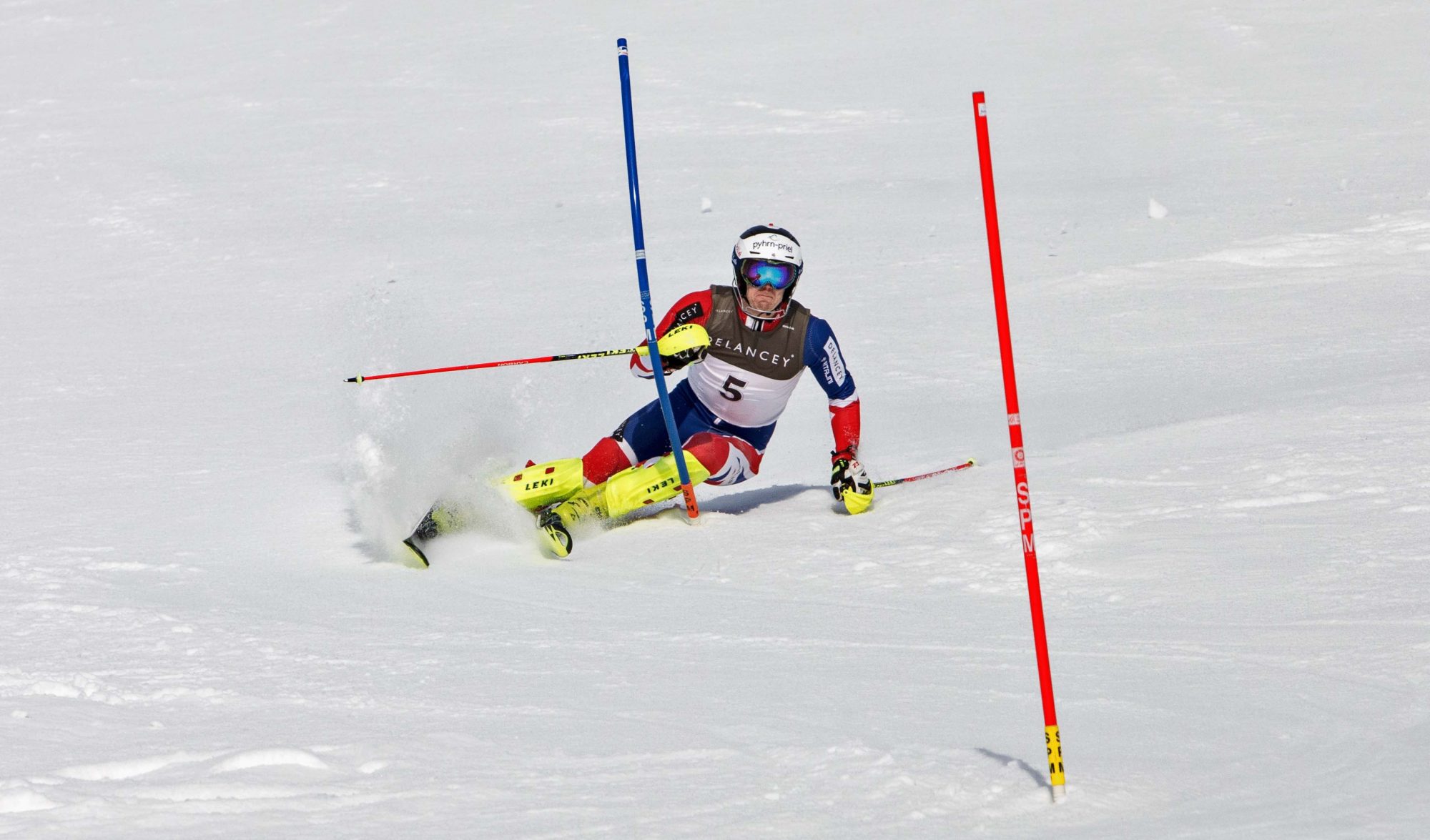 Indeed, in 2017, Dave achieved the best ever finish for a British skier in a slalom race, finishing in second place at Kitzbühel, behind none other than Hirscher himself. Was Hirscher surprised to see this level of success from Ryding? He shakes his head. “Not really. I saw Dave already so many years before training next to my course, his technique is one of the smartest we have on the world cup tour”. Then, the words us Brits long to hear, “I’m sure he will take his chance to win a world cup race”.

However, this may be difficult while Marcel Hirscher is around. Though he may be toning it down this year, he still believes he can win races and improve on his performances. “To get better and better, this should be the plan for everyday. Because if I stop thinking that there is an opportunity to get better everyday, then it is better to stop right now.”