Well first off it’s big, giving the feeling you can ski forever. Part of the Paradiski region with 425 km of pistes spread across seven magnificent peaks, it’s within one of the three largest ski areas in the world, and also one of less than a dozen that can offer more than 2,000 metres of lift-served vertical drop from its highest peaks right up at 3,250m right down to the valley floor. 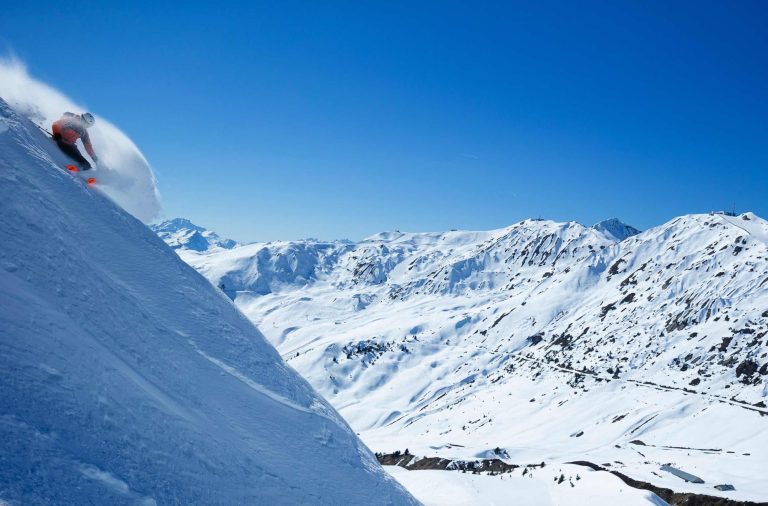 There are ski runs for every taste and a great deal of snow certainty with the highest part of the area at Bellecôte above 3,100m and the majority of the runs above 2,000 metres altitude. It’s not just downhill skiing and boarding either as guests can also enjoy more than 180 km of cross-country paths and 40 km of ski touring trails. 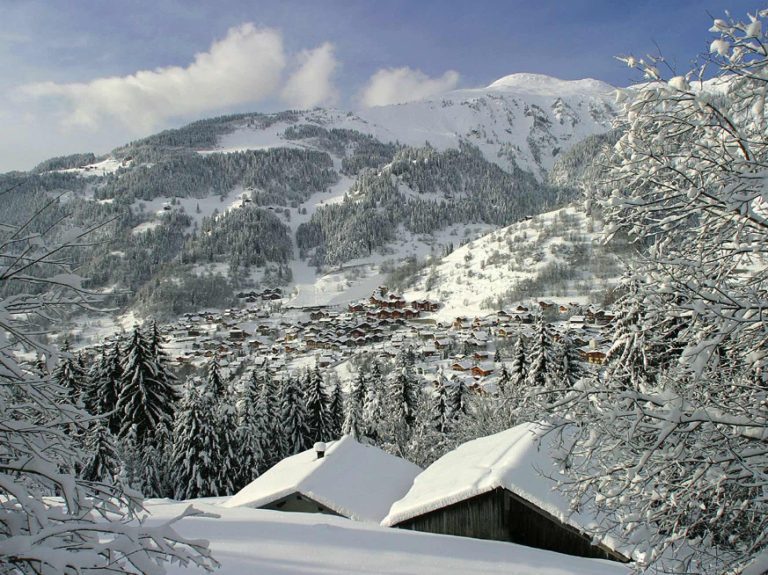 The next attraction is the great range of accommodation choices, with a constellation of 11 villages located between 650 m and 2,000 m altitude to choose from. These range from traditional village communities to high altitude purpose-built centres, each with its own style and charm, with all above Montalbert at 1250m inter-connected by lifts and pistes.

Some well-known resorts like La Plagne are famous in the skiing world because of their tough, challenging terrain and La Plagne does have plenty of that, but its popularity relies more on the hundreds of miles of piste it can offer to regular skiing holidaymakers who have a week or two on the slopes each winter. 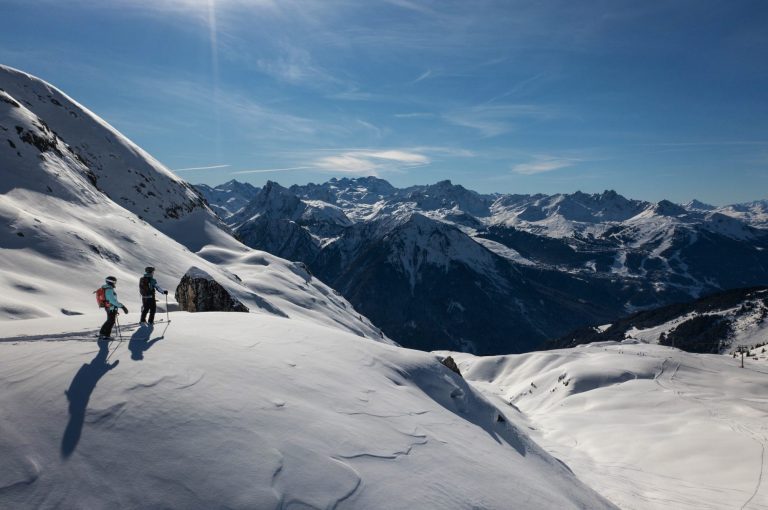 85% of runs here are graded blues and red so there’s a very high number of wide, well-groomed slopes to enjoy. The resort has also created Coolski zones specifically for learning to ski, with free lifts and marked circuits on the slopes that take you on particularly wide runs and gentle slopes. These routes are designed to ensure you can progress without stress and wear a beginner’s coloured bib if you wish, like an L plate, so others are careful around you. 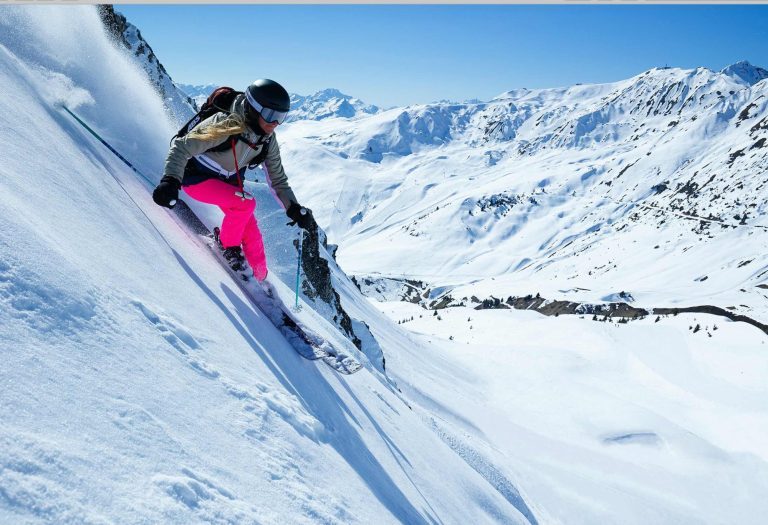 If you have progressed to wanting to tackle the world’s tougher slopes though La Plagne still has plenty to offer. Thanks to its size, 15% of a huge area graded black is still much more than a higher percentage of a much smaller area! The off-piste terrain off the back of the Bellecôte glacier is world-famous in advanced skiing circles. 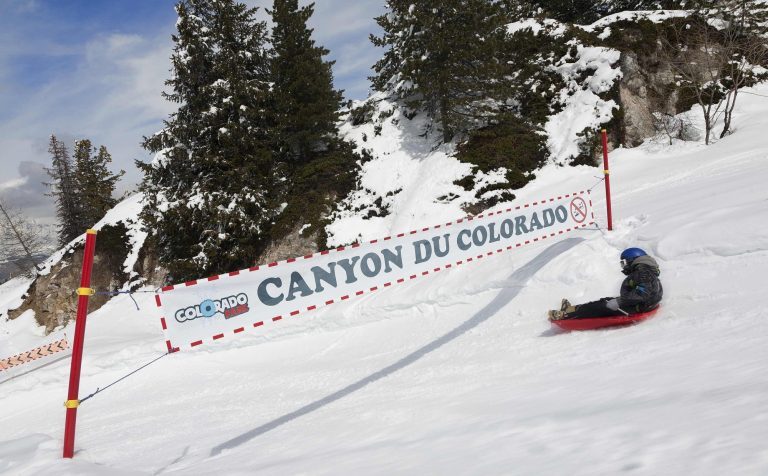 A big part of La Plagne’s success is based on its popularity with families, who love the slopeside access from most of its affordable apartment accommodations. Most village centres are car-free with all facilities easily accessed on foot.

Villages each have excellent nursery slope areas and there’s a wide selection of nurseries and in-chalet childcare options for young children, then excellent ski schools for older kids. All will be aiming to make it onto the Buffalo kids’ fun run – a wild west themed fun slope of wonders! 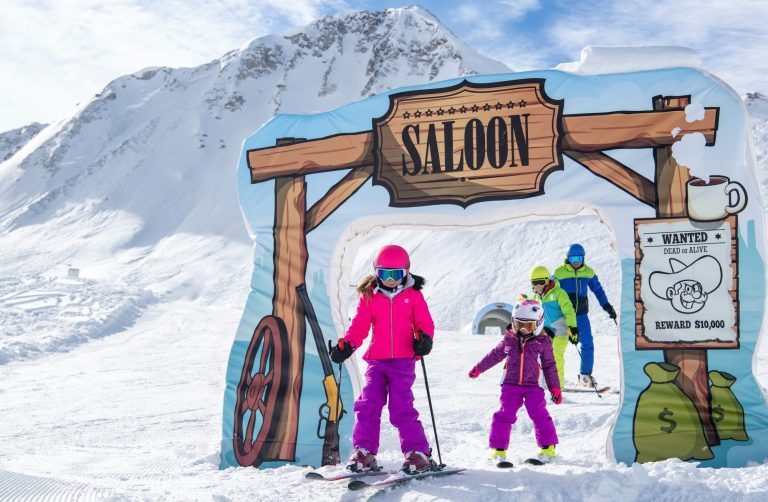 Back in the resort, there are supermarkets for stocking up the cupboards for self-catering and plenty of family-friendly restaurants for meals out, so it’s all designed to make family ski holidays easy, affordable, safe and fun.

An Increased Focus on Sustainability

La Plagne has had a long-standing focus on sustainability with its lifts powered by green electricity for many years and now it’s ‘piste-basher’ slope grooming tractors powered by bio-diesel, but it continues to do more and for winter 22-23 has introduced new accommodation and activities that highlight the green ethos of the resort.

If you want to stay in greener accommodation, the new Residence W2050 in Belle Plagne takes its name from the shape of the star constellation Cassiopeia, and the height of the village. This is a former apartment complex repurposed to high-end accommodation transforming 114 old studios into just 36 high-end apartments for up to 12/14 people, most with saunas or Nordic baths. The emphasis was also on greener operations including drastically improved insulation to reduce heat loss with 80% of the work completed using locally sourced materials.

“We wanted to start a family adventure with our daughter Juliette – our two younger children will doubtless join us later! The idea was also to propose a new residence of choice in Belle Plagne from a building that already existed.”

Similarly, the Chalet Hotel Turquoise, also on the Belle Plagne slopes, has been fully renovated and now offers nine bespoke apartment suites each sleeping between two and 10 people. The new rooms combine comfort and modernity in a chic-mountain style. The building has been fully redesigned and renovated, from the insulation and cladding to the heating system and the roof. The works have been undertaken with a focus on sustainability, so all materials have been sourced locally and the works were carried out by local companies.

Loads To Do Off The Slopes

Another part of la Plagne’s appeal is that there’s plenty to do off the slopes. Besides big attractions like the famous bobsleigh run, the only one in France where you can ride down in a variety of ways including on a unique self-guides ‘bob raft’ or as a passenger in a proper bobsleigh, there are many other interesting options.

The Colorado Luge is a second high-speed sledging option down a nearly-mile-long canyon on a sledge or a Snooc it’s great fun for adults or teens. 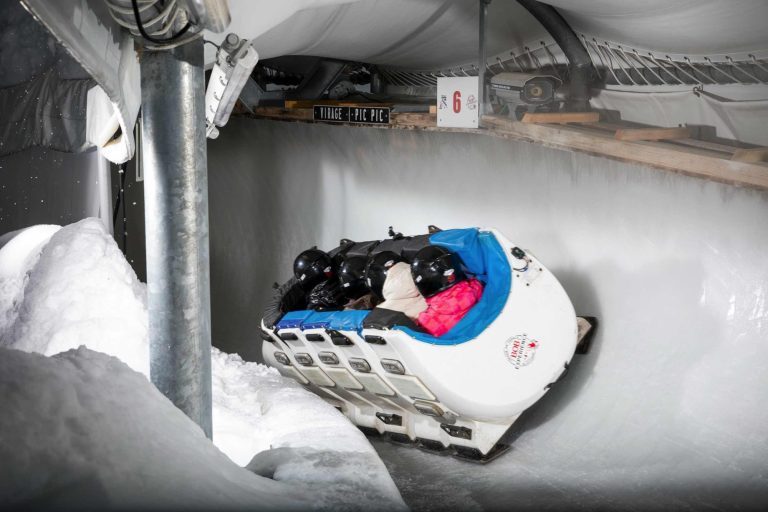 Still, on the sledge theme, airboarding is a kind of inflatable bodyboard which takes a short training session to get to grips with. Then your group will be off, accompanied by two guides, on a fantastic five-kilometre descent from Aime 2000 all the way to La Roche. Easy to steer, stop and turn, the descent lasts for about 45 minutes.

Cani raquettes, for example, combines a snowshoe hike in the pristine snow-filled forest with having a dog accompany you.

Ice climbing is another area where la Plagne excels, being home to one of Europe’s leading artificial ice climbing towers, a 24-metre-high wonder where complete beginners can learn the ropes (literally) or experienced climbers can test themselves. 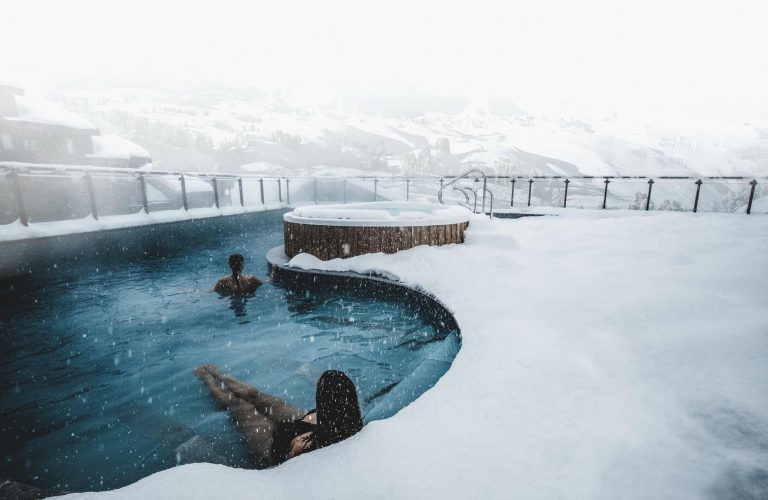 If you just want to relax though, Belle Plagne’s family spa is your tranquil oasis where children can accompany their parents. The water temperature is a warm 35 degrees and there is a 170msq outdoor water trail with a view of the snow-capped mountains. ‘Quality family time together’ can hit a whole new level if you opt for the 20-minute child-parent tandem massage in a double cabin, kids aged 6-14 are welcome for that.

As you’d hope, a ski resort on this scale has a huge choice of dining, on the slopes and in each of its 11 villages. The selection offers something for everyone and is forever evolving but there are always some of particular note.

UNION, located in the heart of Plagne Montalbert, is run by Phil Howard, a multi-award-winning chef in London and his friend Martin Cuchet. Opened last winter it is already a popular choice. 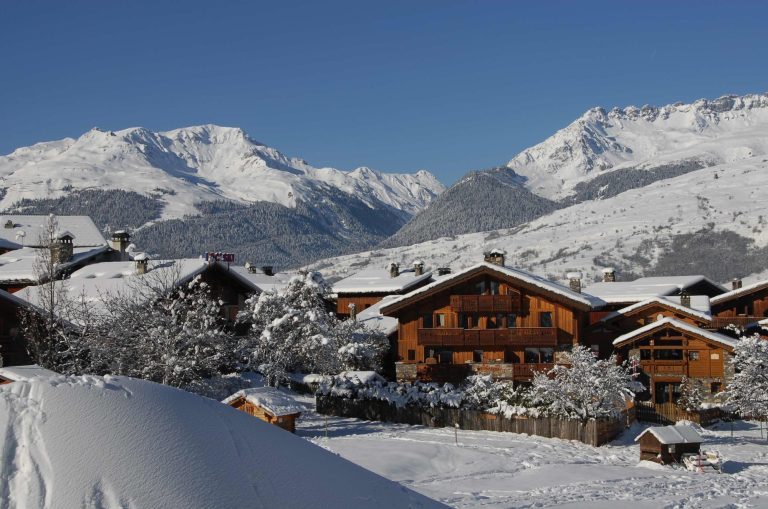 In Montchavin Le Chaudron is a charming traditional mountain restaurant that offers all your favourite local specialities including fondue, raclette, tartiflette and Pierre Chaude, while Thibault, the chef at La Table du Carlina in Belle Plagne has a special focus on sourcing fresh, local produce to create original, varied mains as well as gourmet desserts.

Le Chalet de La Roche is another not to miss. Located next to the bobsleigh track it has a cosy wood-panelled dining room and a large sunny terrace so a good choice in all weather conditions. The food is inspired by their Italian chef, so you can be sure that the pizza and pasta dishes are good!

Hopefully, this short summary has given you the big picture as to why la Plagne has so many fans.  But with hundreds of slopes, over a dozen villages, a huge choice of shops, restaurants, cafes and bars, plus lots and lots more to do besides skiing on top of what we’ve managed to squeeze in here, there’s so much more to discover in La Plagne when you visit.

Serenity offer: Free cancellation up to 7 days before departure on a selection of accommodation

Getting to La Plagne could not be easier

It is within a three hour drive from three main airports, Geneva, Grenoble, and Lyon. Either hire a car from the airport, book one of the transfer companies or take the bus. Alternatively, La Plagne is one of the ski resorts you can reach easily on the train.

Eurostar will offer a direct rail service from London St Pancras International to the Tarentaise Valley. Operating under the name ‘Travelski Express’, trains will depart London St Pancras International on Saturdays, for a non-stop service to Moûtiers and Bourg Saint Maurice. Trains will then return to London on Sundays. From Bourg Saint Maurice, jump on a train to Aime La Plagne and arrive just 15 minutes later.

Otherwise, snow enthusiasts can always jump in their car and drive to La Plagne using Eurotunnel Le Shuttle or one of the ferry companies to cross the English Channel. There are plenty of car parks once in resort too.