A new theatre production focussed on a ski holiday that has gone wrong has opened at London’s  Donmar Warehouse, recreating a ski holiday atmosphere on the stage …albeit a rather tense, but often funny, atmosphere. 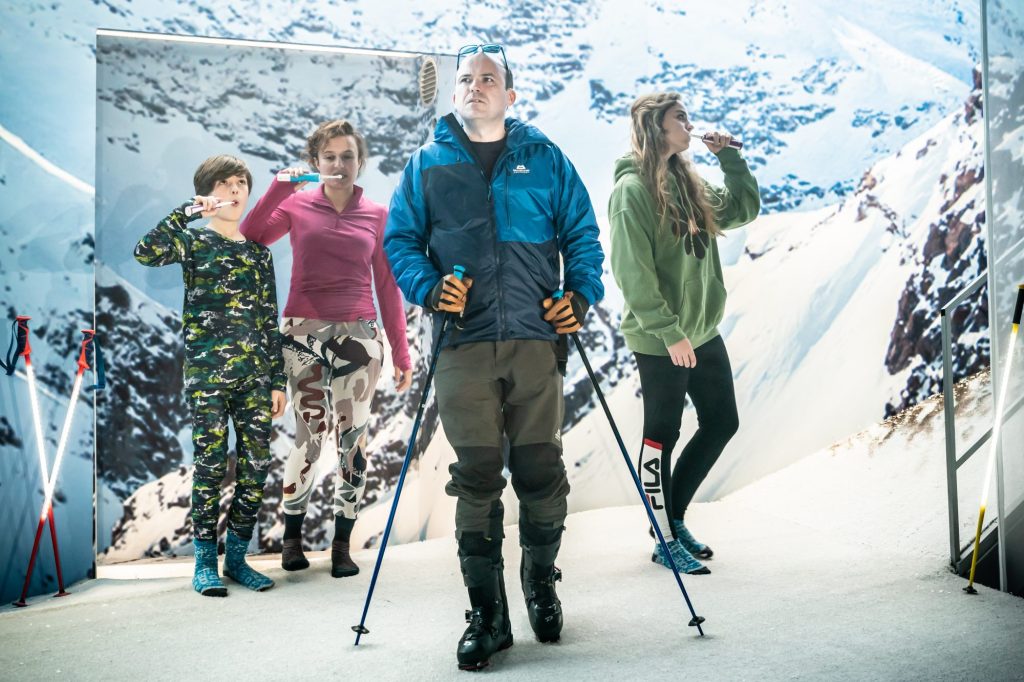 Force Majeure is a new stage adaptation of Ruben Östlund’s award-winning 2014 comedy film which focuses on the aftermath of family lunch in a mountain restaurant during a day skiing in the Alps.

The meal is dramatically interrupted when an avalanche crashes down the mountainside above sending diners fleeing for their lives.  In the event all are fine but during the event mother Ebba tries to protect their children whilst father Tomas flees, trying to save his own life. 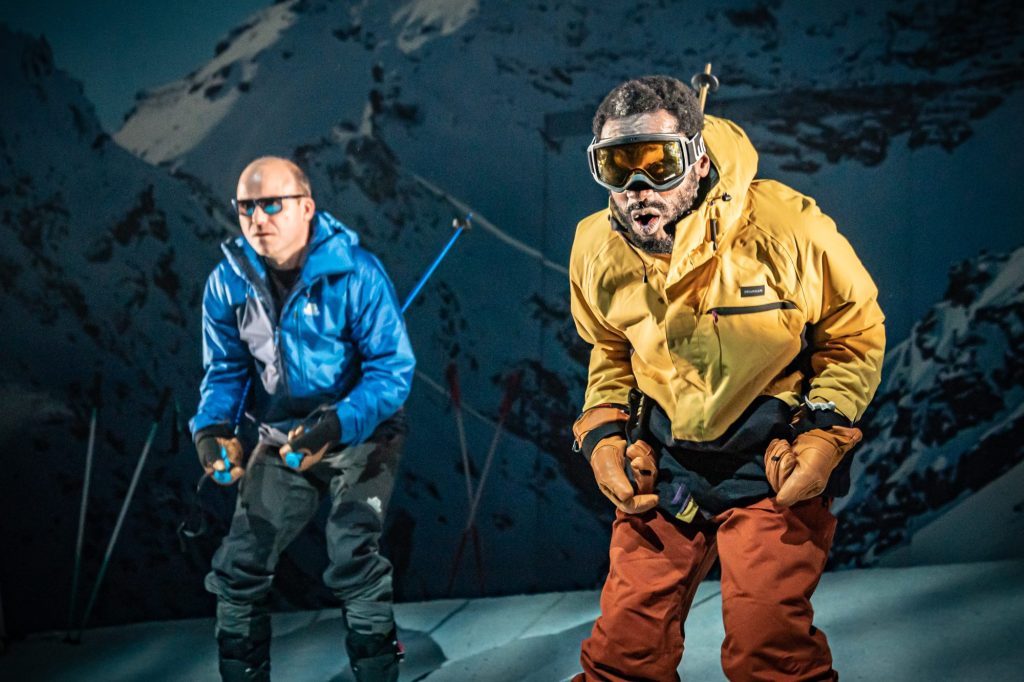 Tomas and Ebba had been determined to have quality family time with their children, but the story then focuses on how those split-second decisions impact the family structure, as Tomas desperately attempts to rebuild his credibility as a caring husband and father following his actions at the restaurant.

“Stop it. Stop it! Everyone! We’re on holiday, we’re meant to be having a nice time. What the hell is wrong with you?”…. are words many skiing families can identify with, but it’s a bit more serious here the family unit is tested to breaking point with hilarious and tragic consequences. 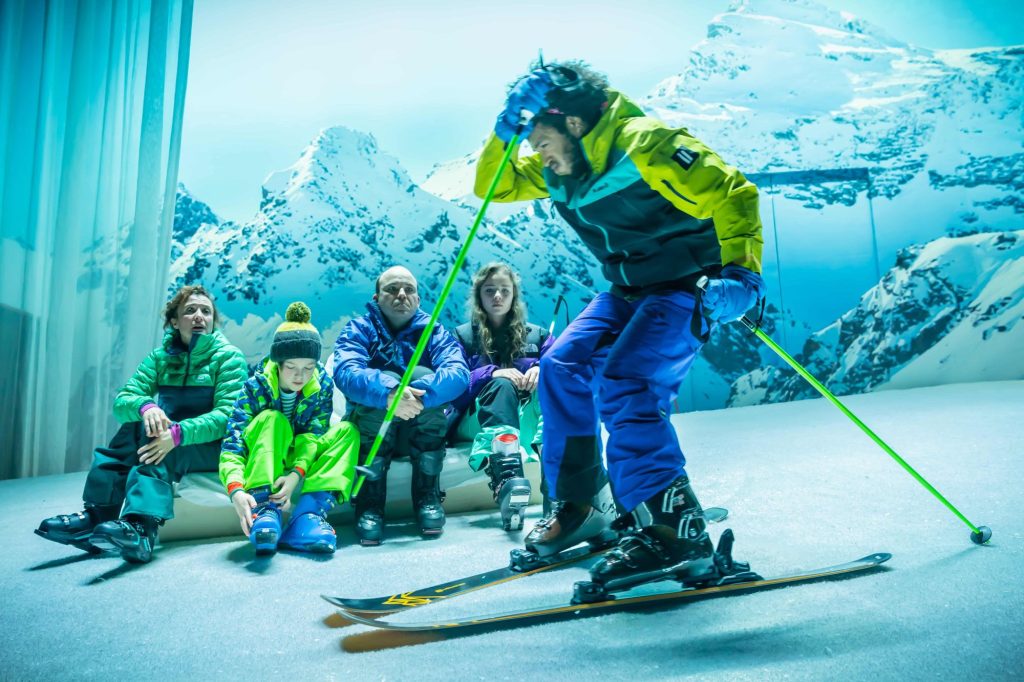 The original Swedish film has already been remade by Hollywood as the 2020 movie Downhill filmed in Ischgl and starring Julia Louis-Dreyfus and Will Ferrell.

In the new Donmar Warehouse production Rory Kinnear plays Tomas.  Kinnear has a long list of theatre, TV and film credits and is well-known face including for his recurring role as Tanner in the Bond movie franchise during the Daniel Craig years.  Lyndsey Marshal, who also boasts a long list of acting credits on TV and theatre, plays Ebba. 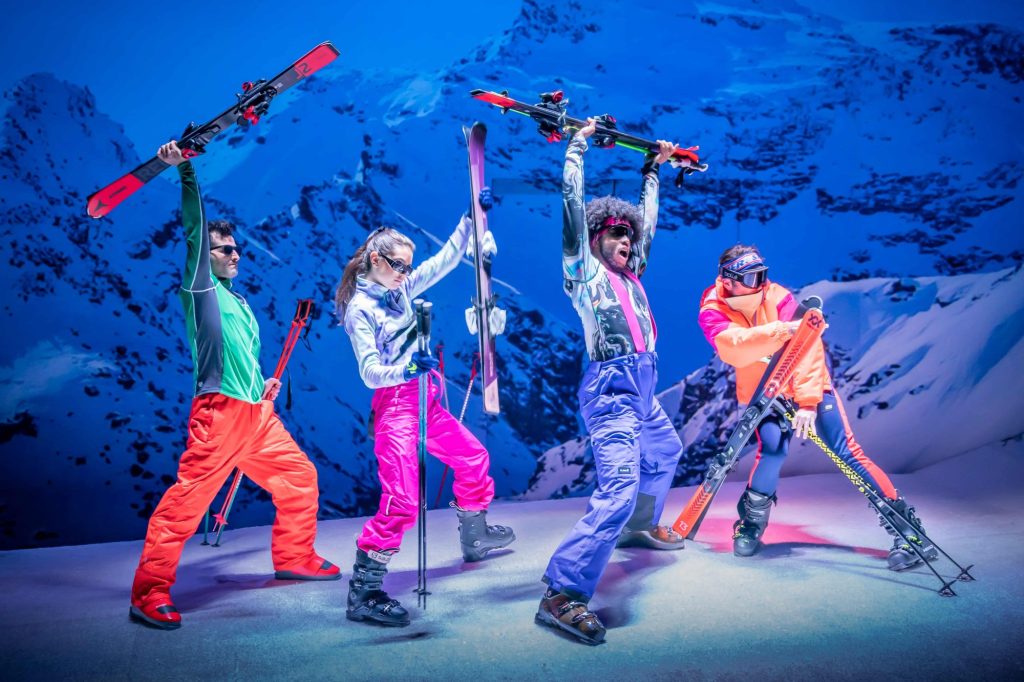